BETH CHATTO: A LIFE WITH PLANTS

The Gravel Garden in Essex is that rarest of things: a flourishing flower garden that hasn’t been watered in almost 20 years. The garden was the creation of Beth Chatto, one of the most influential gardeners of the 20th century.

Brilliant, charming and beautiful, she was a horticultural pioneer whose impact continues to this day. Her gardening genius made her the darling of pop stars, aristocrats and royalty — yet as this sympathetically written biography reveals, her apparently gilded life was far more turbulent than anyone could have suspected.

Born in Essex in 1923, Beth was the daughter of a village police constable. She shone at school and recalled later: ‘I had no idea where or how … but I somehow felt I was driven or had the energy to discover a wider world.’ 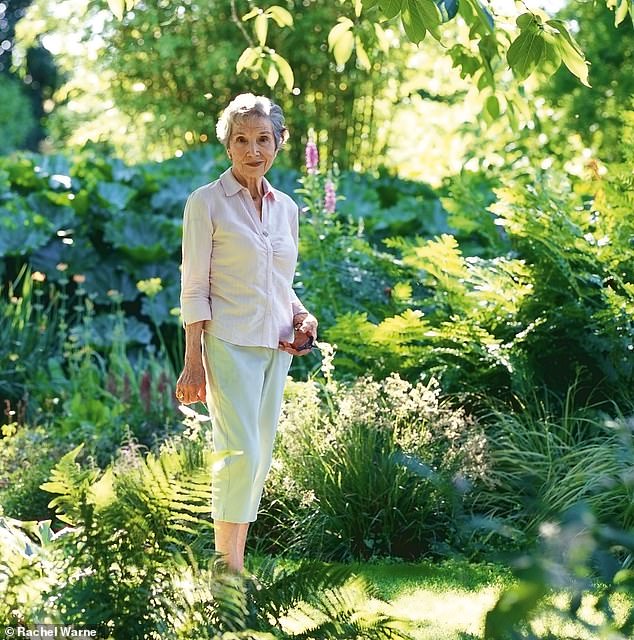 She was just 17 when she met Andrew Chatto, whose grandfather had founded the publishers Chatto & Windus. Fourteen years older than Beth, he ran a fruit farm, but his real passion was the study of botany.

Andrew proposed repeatedly, but Beth, who had decided to be a teacher, turned him down. They finally married in 1943.

As well as bringing up her two young daughters, Beth threw herself into gardening. Fizzing with energy and enthusiasm, and dazzlingly pretty, she was offered a weekly gardening slot on a daytime TV show in 1952.

As Catherine Horwood comments wryly, this not only earned her some money but ‘got her out of the house’. While Beth was lively and gregarious, her husband was reclusive, suffered from anxiety and was happiest shut away with his books.

Desperate to create her own garden from scratch, Beth persuaded Andrew to build them a house on part of his farm near Colchester. The land she chose was unsuitable for growing fruit — too dry in places and too damp in others — but Beth thought it the perfect spot for her new five-acre garden, and in 1960 the family moved in.

As she worked tirelessly on her ideas and opened a nursery called Unusual Plants, her reputation began to spread.

Beth was an organic gardener and an ecologist long before it became fashionable. Inspired by Andrew’s passion for botany, she wanted to work with nature rather than battle against it, believing that plants should be grown in conditions as close as possible to their native habitat. Her philosophy was simple: ‘The right plant in the right place.’

Her famous drought-resistant Gravel Garden, which was created on the site of an old car park in 1991 and has never been irrigated, was an outstanding example of Beth’s gardening skill, as well as her farsightedness. 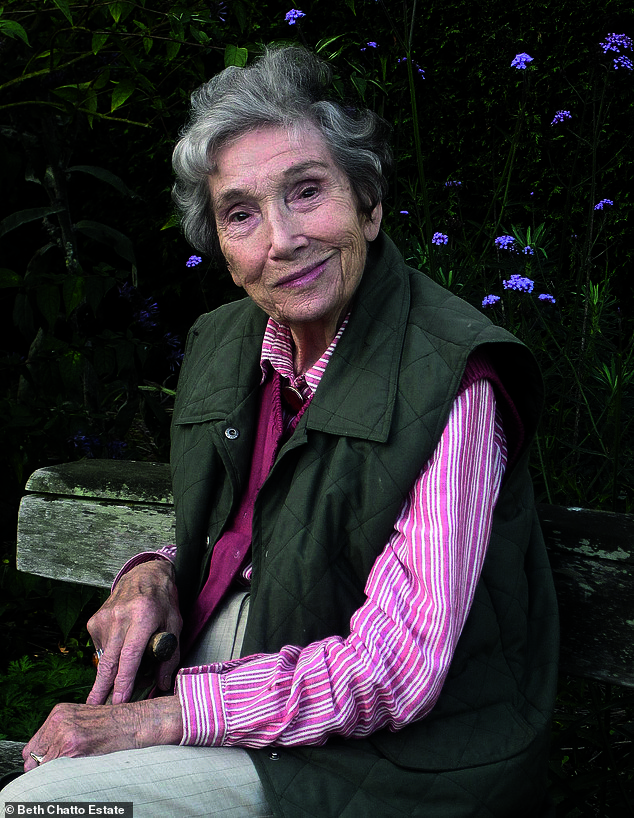 Beth (pictured) who won ten successive gold medals at the Chelsea Flower Show, struggled to find a relationship that pleased her physically and intellectually

She chose colourful plants native to hot climates, which could withstand drought, including agapanthus, lavender, euphorbia and verbascum.

They were thoroughly watered when they were first planted, and the soil was covered with a protective layer of organic material which helped to retain the moisture. Then the plants were left to fend for themselves.

Water is an increasingly precious commodity and, anyway, who wants to spend all their time in the garden watering, even if there isn’t a hosepipe ban?

As the leading garden designer Sarah Price says: ‘She encouraged us to think like a plant.’ Beth always championed the subtle charm of species plants, those which hadn’t undergone any ‘improvement’ from breeders, but this didn’t always go down well.

Her first exhibit at the prestigious Royal Horticultural Show in London almost ended in failure when one judge wanted to deny her a medal, commenting sniffily that the plants on her display were mere weeds.

To many gardeners, Beth’s displays came as a joyful revelation, and from the mid-70s onwards she won ten successive gold medals at the Chelsea Flower Show. Whereas other nurseries had their plants in serried rows, Beth’s were planted more naturalistically, giving the illusion that she had magically transplanted a small corner of the countryside and into the showground.

One ardent fan was ex-Beatle George Harrison, who tried to persuade her to become head gardener at his estate in Oxfordshire.

Beth declined, but he was so inspired that he later dedicated his autobiography ‘To gardeners everywhere’.

Prince Charles bought plants from her nursery and invited her to Highgrove. The fabulously wealthy Baron Philippe de Rothschild wanted her to redesign the garden at his lavish chateau in France, but she turned him down, pleading that she was too busy with her own garden.

But while Beth’s professional life was blossoming, her private life was often in turmoil. 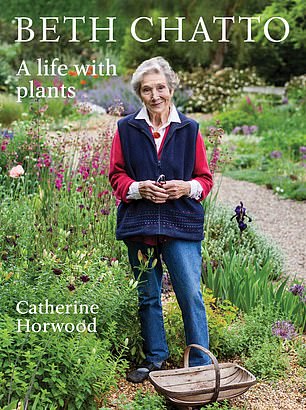 She suffered from occasional bouts of depression, and Horwood writes that, while the Chattos appeared to be the perfect working partnership, ‘Beth yearned for a physical relationship that Andrew seemed unable to give her’.

In the early 1960s she began an affair with Hans Pluygers, a neighbour who was a handsome Dutch fruit farmer.

The relationship with Hans blew hot and cold, but it lasted more than 20 years, and Andrew, a loving father and grandfather, reluctantly accepted it.

The intellectual bond with her husband remained strong, and after a holiday in France with Hans, Beth wrote despairingly in her diary, ‘Is there no man who can both love and inspire me?’

She maintained a ferocious work rate, writing books, running the nursery and extending and refining her garden. She could be demanding, but she was fiercely loyal to her staff and her many friends.

She was showered with honours, including an OBE, and young gardeners who would become household names, such as Alan Titchmarsh, went back to the Beth Chatto Gardens again and again to learn from her.

A few years before she died in 2018, aged 94, Beth handed over the running of the garden and nursery to her dynamic granddaughter, Julia Boulton.

The garden is as beautiful as ever, and one of the few disappointments of this very engaging book is that there are only a handful of pictures of it.

Reading about the remarkable Beth Chatto will certainly make you want to visit the place that was her life’s work.

The untold story of Audrey Hepburn: Hollywood actress whose parents flirted with Hitler

See exclusive photos from Prince's posthumous memoir The Beautiful Ones