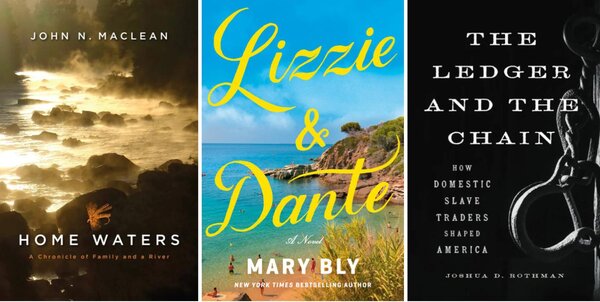 THE LEDGER AND THE CHAIN: How Domestic Slave Traders Shaped America, by Joshua D. Rothman. (Basic, $35.) Accounts of American slavery often overlook the central role of the traders who profited. Rothman’s history focuses on three of the biggest.

LIZZIE & DANTE, by Mary Bly. (Dial, $27.) Bly — known to historical romance fans by her pen name, Eloisa James — here delivers a contemporary novel about a Shakespeare scholar facing a dire medical prognosis, who travels to the Tuscan island of Elba and meets an Italian chef with a 12-year-old daughter.

WHERE YOU ARE IS NOT WHO YOU ARE, by Ursula Burns. (Amistad, $27.99.) As the chief executive of Xerox, Burns was the first Black woman to lead a Fortune 500 company. Her memoir charts her path from tenement housing in New York City to a career in engineering and business, crediting her mother’s support.

THE SECRET LIFE OF THE SAVOY: Glamour and Intrigue at the World’s Most Famous Hotel, by Olivia Williams. (Pegasus, $27.95.) An eccentric family of theater impresarios, a famous London hotel, decades of rich guests: This history has all the fixings of a romp.

HOME WATERS: A Chronicle of Family and a River, by John N. Maclean. (Custom House, $25.99.) Maclean’s father, Norman, wrote the classic novella “A River Runs Through It.” This memoir is an ode to its inspirations. 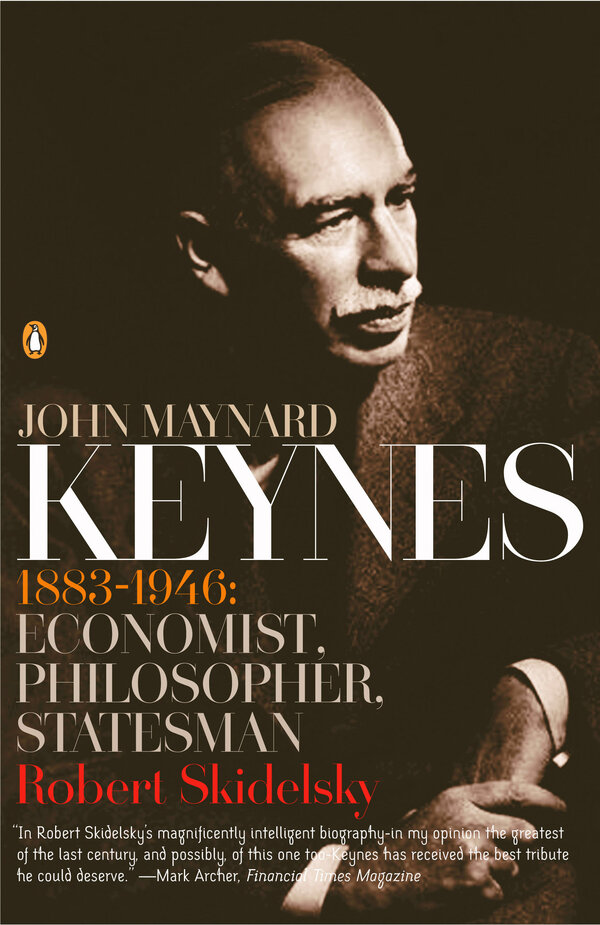 Like everyone, I reduced my social circle because of Covid. But there was an unexpected addition to my pod: John Maynard Keynes, the father of macroeconomics. The trillions of dollars governments spent on the crisis — exactly what Keynes would have prescribed — drove me to finally read his masterwork, “The General Theory of Employment, Interest and Money.” Then I turned to Robert Skidelsky’s magisterial three-volume biography. I’m now in the second tome, JOHN MAYNARD KEYNES: ECONOMIST AS SAVIOR 1920-1937, which details the evolution of this 20th-century genius. First Keynes shocks fellow Bloomsbury members, including the men he previously had relationships with, by marrying a Russian ballerina. He then leaves his political home, the Liberal Party, moving into the orbit of the ascendant Labour. To top it off, he develops an economic theory that avoids the extremes of fascism and communism, basically saving capitalism from itself. Anyone who received a stimulus check owes him a debt of gratitude.