Home » Books » New & Noteworthy, From Hidden Treasure to a Relic of Slavery

FROM THE ASHES: My Story of Being Indigenous, Homeless, and Finding My Way, by Jesse Thistle. (Atria, paper, $17.) Raised by foster families and tough but loving grandparents, Thistle — an Indigenous Cree from western Canada — overcame addiction and hardship.

LONG DIVISION, by Kiese Laymon. (Scribner, paper, $17.) Originally published in 2013 and reissued here in a newly revised edition, this debut novel by the author of the memoir “Heavy” is a time-traveling metafictional romp set in Mississippi that probes fame, creativity and the toll of racism.

CHASING THE THRILL: Obsession, Death, and Glory in America’s Most Extraordinary Treasure Hunt, by Daniel Barbarisi. (Knopf, $28.) In 2010, after learning he had cancer, a Santa Fe art dealer buried a chest full of jewels and gold, then wrote a poem with clues to its location. Barbarisi tells the unlikely story.

ALL THAT SHE CARRIED: The Journey of Ashley’s Sack, a Black Family Keepsake, by Tiya Miles. (Random House, $28.) Through four generations of women, Miles traces the sack that a slave made for her 9-year-old daughter when the girl was sold to a new owner.

THE KISSING BUG: A True Story of a Family, an Insect, and a Nation’s Neglect of a Deadly Disease, by Daisy Hernández. (Tin House, $27.95.) A common but overlooked parasite killed the author’s aunt, spurring this exposé. 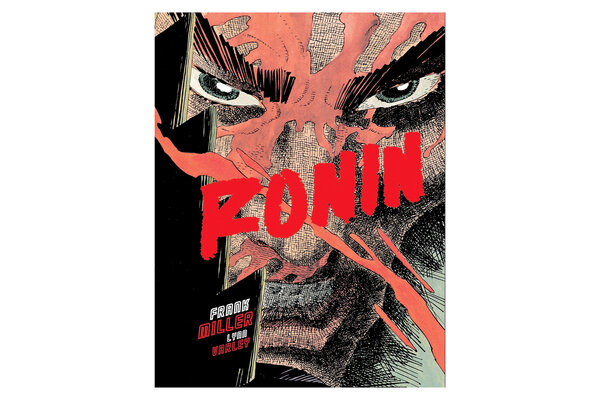 When I recently experienced a nasty case of pandemic gloom, I found myself craving escapism. So I picked up a graphic novel that has been on my shelf for years: Frank Miller’s 1983-84 sci-fi samurai epic, RONIN. Set in a dark and futuristic New York, it features a 13th-century samurai who finds himself teleported to this nightmarish metropolis, where he sets upon the task of slaying the demon who killed his master 800 years earlier in feudal Japan, letting him finally reclaim his honor. The story ends with a mind-blowing conclusion that’s hard to see coming. Written and drawn by a 26-year-old Miller, “Ronin” isn’t as well known as “Sin City” or “The Dark Knight Returns,” but this formative work showcases Miller’s bold creative ambition operating at full throttle. I picked it up because I needed to get out of my own head, and I can attest that this delirious masterwork — with shades of “Seven Samurai,” “The Matrix” and “Akira” — definitely delivered on that desire.

Anthony Horowitz on the childhood trauma that drives his compulsive writing

10 most popular lockdown books – how many have you read?