Home » Books » New & Noteworthy, From Food Policy to Communicating With the Dead

RESETTING THE TABLE: Straight Talk About the Food We Grow and Eat, by Robert Paarlberg. (Knopf, $27.95.) Paarlberg, a Harvard political scientist specializing in agriculture and food policy, argues that commercial farms have an important role to play in fostering healthier eating habits.

A FUNNY THING HAPPENED ON THE WAY TO STOCKHOLM: The Adrenaline-Fueled Adventures of an Accidental Scientist, by Robert J. Lefkowitz with Randy Hall. (Pegasus, $27.95.) Lefkowitz’s lively memoir traces his path from public health and cardiology to biochemistry and a 2012 Nobel Prize.

LIVE; LIVE; LIVE, by Jonathan Buckley. (New York Review Books, paper, $16.95.) This spare novel, Buckley’s 11th, features a man who can hear the dead and the much younger woman who lives with him, who exerts a magnetic pull on their next-door neighbor. 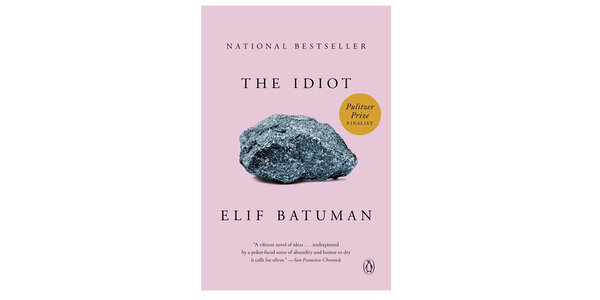 Like just about everyone else in the world right now, I miss my friends. I miss college, too, or maybe just the parts of adult life that feel like a mix between a seminar and a knees-up. So I re-read Elif Batuman’s THE IDIOT, a wry bildungsroman about a girl I wish I’d known. Batuman’s main character, Selin, spends her first year at Harvard with an arched eyebrow, a scattered courseload and a sort-of romance conducted over dial-up email. At nearly every paragraph break, Batuman had me giggling at her perceptive descriptions of the tics and absurdities of daily life. For a digestif, I read “The Possessed,” too, Batuman’s first book, based on her Ph.D. in comparative literature at Stanford, before she became a staff writer at The New Yorker. She is clearly the most skeptical friend, the smartest, the most observant. But she is also humble. I’ll follow her pen wherever it next goes.