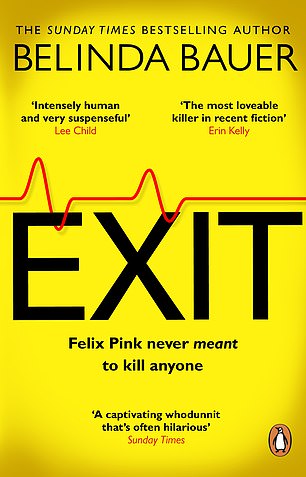 No one cares for Felix Pink. He is 75 and lives alone with his dog, Mabel, in picturesque Devon. His son, Jamie, died tragically young after a long illness, and his beloved wife, Margaret, has succumbed to dementia.

Now Felix does his best to help others whose lives have become intolerable, easing them painlessly into permanent oblivion as part of a network of Exiteers.

The Exiteers work in pairs, under conditions of strict anonymity. But on the day Felix sets out on his errand of mercy with a new colleague — a nervous young woman who calls herself Amanda — their mission goes horribly wrong.

There were, it turns out, two terminally ill men in the house they visited, and the Exiteers have assisted the wrong man to die. Belinda Bauer’s murder mystery combines satisfyingly twisty suspense with black comedy and unexpectedly warm humanity.

TOO MUCH AND NEVER ENOUGH

When Mary Trump was a small child, she toddled into her parents’ room, where her father, Freddy — the elder brother of Donald Trump — was pointing a rifle at her mother.

It says a lot about the Trump family dynamic that this is not the most shocking scene in the devastating memoir by the former president’s niece.

Opening with an excruciating family dinner at the White House in 2017, it unpicks the toxic parental heritage of bullying, meanness and emotional absence that shaped Trump’s character.

There are some moments of bleak humour: Ivana Trump’s penchant for re-gifting included giving Mary’s mother a designer handbag for Christmas — containing a used tissue.

As a clinical psychologist, Mary Trump traces her uncle’s ‘sociopathic’ behaviour back to his childhood: ‘The role that fear played . . . and the role it plays now can’t be overstated.’ 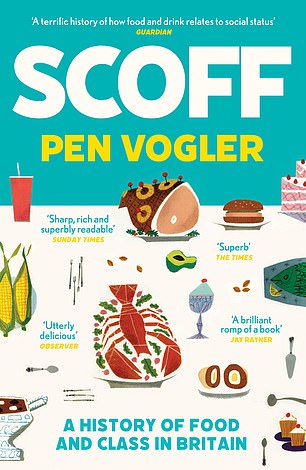 The punning title of Pen Vogler’s history of food and class in Britain refers to both the pleasure of eating and the judgments about social status that our choice of food attracts. In bite-sized chapters, Vogler traces the evolution of our eating habits, while deftly unpicking the social nuances.

She populates her account with a rich cast of historical characters, including Alice, who lives in a big house in Suffolk, shops locally to feed her household and makes her own almond milk — the very image of a 21st-century yummy mummy.

But this Alice lived in the 15th century and made almond milk for those days when religious observance forbade the consumption of meat and dairy.

Richly entertaining, Scoff offers a delicious bonus in the form of updated versions of historical recipes.