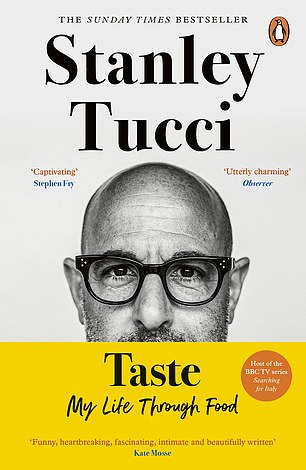 There can’t be many men who have wooed their future wives while plucking the feathers from a brace of dead pheasants.

But that is one of Stanley Tucci’s fond memories of his courtship of his second wife, Felicity Blunt.

The Emmy award-winning actor, who lit up lockdown when Felicity posted a viral video of him making a Negroni, has a lifelong love affair with food. It started with his childhood in Katonah, New York, where he describes his mother’s cooking as ‘edible art’.

Even in his lean early years as a struggling actor, eating well was an obsession. Punctuated with delicious recipes, his seductively greedy memoir concludes with an account of the mouth cancer that long robbed him of the ability to enjoy food. Now happily recovered, he reflects that food doesn’t just nourish us: it enriches mind, body and soul.

One way to describe the Welsh rugby captain, Alun Wyn Jones, is single-minded. He seems to have inherited his relentless focus from his workaholic father, Tim.

Growing up in Mumbles, the son and grandson of rugby players, Alun took to the game with a passion that endures to this day. His training regime remains pitiless, working through injury and rest days alike.

With detailed match analysis that will delight aficionados, his memoir looks back on his career in themed chapters titled in both Welsh and English, including Cymeriad/Character and Cariad/Love.

He clearly has plenty of the former, but admits he might have some ground to make up on the cariad front: when his beloved wife, Anwen, wrote him a love note, he reciprocated by crossing out his own name, and replacing it with hers. 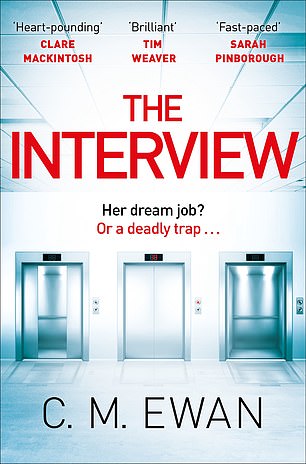 ‘The worst thing that can happen to you in an interview is getting caught in a lie.’ As she makes her way on a Friday afternoon to a job interview at Edge, a new PR agency, Kate worries that her CV exaggerates her love of swimming.

It turns out that a white lie about her interests will prove the least of her troubles during her encounter with interviewer Joel White.

A former PR for a scandalhit airline company, Kate is hoping to move on from a personal tragedy: her husband died when one of the company’s planes crashed. But as the interview moves from standard questions to intrusive psychometric tests, and the office empties of staff, Kate realises something is very wrong.

C. M. Ewan’s chilling locked-room thriller is packed with heart-stopping twists that make it impossible to put down.

Winds of Winter: Night King could be left out of the final George RR Martin novel