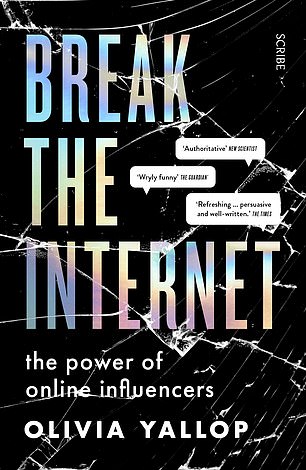 Olivia Yallop is in the influencer business — and her book is a lucid, readable and sometimes alarming account of a phenomenon that only came into being a little over a decade ago, but now threatens the very existence of traditional media.

Explaining what an influencer is, and how to become one, Yallop explores the gulf between billionaire influencers such as the Kardashians and the struggling wannabes.

She also considers the pitfalls: the blurring of work and leisure, social media pile-ons, fake news and conspiracy theories, including the event that made her log off — the 2021 storming of the Washington Capitol in a ‘Right-wing influencer meet-up’.

Hadley Baxter and Marian Graves have one thing in common: they were orphaned as children.

Marian, growing up in Prohibition-era Montana, was obsessed with learning to fly. In 1950, she was attempting to become the first to fly a ‘great circle’ — circumnavigating the globe via both Poles — when her plane disappeared.

In 2015, Hollywood actress Hadley has just detonated her career in a hugely successful franchise by cheating on her co-star. Sacked by her studio and reviled by former fans, she is invited to play Marian in an Indy biopic.

Maggie Shipstead’s thrilling, Booker-shortlisted novel contrasts Marian’s steely determination to take to the skies with Hadley’s journey towards discovering the truth about herself and the mysterious woman whose life story she will tell on screen. 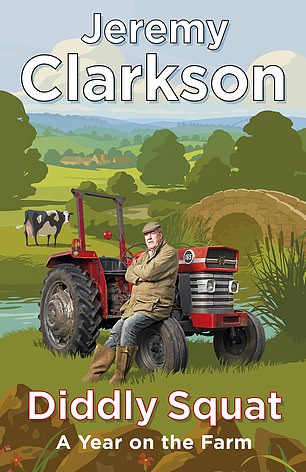 Think of Jeremy Clarkson and you immediately think of cars. But when Covid hit, the wheels came off his day job and he turned to writing about farming — a subject about which he admits to knowing ‘literally nothing at all’.

Fans of his TV series, Clarkson’s Farm, witnessed attempts to take over the running of Diddly Squat, his 1,000-acre farm in Oxfordshire.

With the help of his land agent, Charlie, and Kaleb, his 23-year-old tractor driver, both of whom have farming in their blood and were comically appalled by Jeremy’s gung-ho ignorance, he embarked on a journey of agricultural near-disaster, which somehow became a resounding success.

Concluding his funny and sometimes furious chronicle of his first farming year, he writes: ‘Farming has made me realise that you can still have fun while doing something worthwhile.’