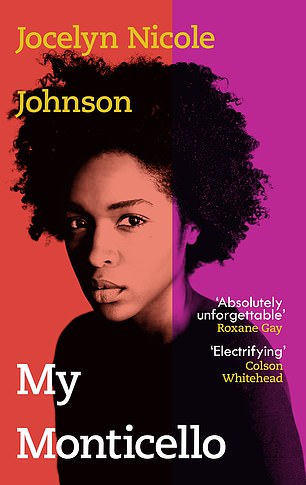 The 2017 marches in Charlottesville, Virginia, in which white militants carried burning torches through black communities, are the starting point for this fine debut by a young U.S. author which imagines a not-so-future America overtaken by white supremacists.

It’s narrated by Da’Naisha Love, a student who, after an attack on her street, has taken refuge with her mostly brown and black neighbours and her white boyfriend in a grand house on the hill where Thomas Jefferson once lived.

Yet Da’Naisha is also his descendant, the product of Jefferson’s documented affair with his slave Sally Hemings. Her complicated relationship to her refuge informs this tenderly rendered apocalyptic novella which largely jettisons dramatic set pieces for compassionate ruminations on America’s fraught relationship between race and land.

As the group hunker down, rationing their food and increasingly vulnerable, the narrative starts to feel diffuse, but Johnson is an unusually sensitive writer, combining a mood of impending doom with language of soulful beauty.

THE WOMAN FROM URUGUAY

Protagonists such as the narrator of Pedro Mairal’s novel are a maligned breed in contemporary fiction: being male, self-obsessed, sex-obsessed and invariably having a mid-life crisis.

Pereyra, a floundering writer, is also broke, and has concocted a mad scheme to cross the border into Uruguay to withdraw an advance sitting in his bank account to avoid paying Argentine tax.

He is also hoping to see a Uruguayan woman he can’t stop thinking about. So begins a bitter comic caper in which it’s scarcely a spoiler to say things don’t go to plan.

Pereyra is desperate to repay his wife who is financially supporting him, even while knowing his actions risk his marriage and his relationship with his son.

It’s a stingingly anti-romantic book. ‘I guess the idea of family has changed,’ says a very much alone Pereyra in the final pages. ‘Now it’s kind of like those little interlocking bricks. Everybody puts them together as best they can.’ 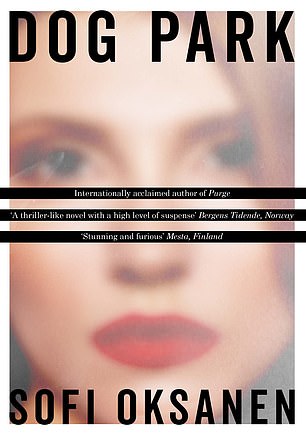 A novel that opens with a woman gazing at a happy family playing in a park might ordinarily suggest a common-or-garden domestic noir about the fraught psychology of motherhood. But there is nothing average about this knotty thriller from Finnish author Sofi Oksanen, whose 2010 best-seller Purge set a story about sex trafficking against Europe’s brutal history of Soviet occupation.

She’s in similar territory here with a densely plotted story narrated by Olenka, a Ukrainian woman who has freed herself from poverty by being involved with a lucrative fertility firm.

She left Ukraine for Finland in 2010, but a former colleague has now recognised her, putting Olenka at risk for reasons that are tied up in the murk of post-Soviet politics but which, thanks to a slippery, back-tracking narrative, only slowly become apparent.

An ambiguous horror story about egg donorship and the black market, it keeps the reader equally balanced between frustration and fascination.

The ‘Detective Work’ Behind a War Novel