Larry McMurtry, a prolific novelist and screenwriter who demythologized the American West with his unromantic depictions of life on the 19th-century frontier and in contemporary small-town Texas, died on Thursday at home in Archer City, Texas. He was 84.

The cause was congestive heart failure, said Diana Ossana, his friend and writing partner.

Over more than five decades, Mr. McMurtry wrote more than 30 novels and many books of essays, memoir and history. He also wrote more than 30 screenplays, including the one for “Brokeback Mountain” (written with Ms. Ossana, based on a short story by Annie Proulx), for which he won an Academy Award in 2006.

But he found his greatest commercial and critical success with “Lonesome Dove,” a sweeping 843-page novel about two retired Texas Rangers who drive a herd of stolen cattle from the Rio Grande to Montana in the 1870s. The book won a Pulitzer Prize in 1986 and was made into a popular television mini-series.

Mr. McMurtry wrote “Lonesome Dove” as an anti-western, a rebuke of sorts to the romantic notions of dime-store novels and an exorcism of the false ghosts in the work of writers like Louis L’Amour. “I’m a critic of the myth of the cowboy,’’ he told an interviewer in 1988. “I don’t feel that it’s a myth that pertains, and since it’s a part of my heritage I feel it’s a legitimate task to criticize it.’’

But readers warmed to the vivid characters in “Lonesome Dove.” Mr. McMurtry himself ultimately likened it, in terms of its sweep, to a Western “Gone With the Wind.”

Mr. McMurtry was the son of a rancher, and the realism in his books extended to the Texas he knew as a young man. His first novel, “Horseman, Pass By” (1961), examined the values of the Old West as they came into conflict with the modern world. Reviewing the novel in The New York Times Book Review, the Texas historian Wayne Gard wrote:

“The cow hands ride horses less often than pickup trucks or Cadillacs. And in the evening, instead of sitting around a campfire strumming guitars and singing ‘Git along, little dogie,’ they are more likely to have a game at the pool hall, drink beer and try their charms on any girls they can find.”

He added that Mr. McMurtry had “not only a sharp ear for dialogue but a gift of expression that easily could blossom in more important works.”

From the start of his career, Mr. McMurtry’s books were attractive to filmmakers. “Horseman, Pass By” was made into “Hud,” directed by Martin Ritt and starring Paul Newman. Mr. McMurtry’s funny, elegiac and sexually frank coming-of-age novel “The Last Picture Show” (1966) was made into a film of the same title in 1971 starring Jeff Bridges and Cybill Shepherd and directed by Peter Bogdanovich. The movie of his 1975 novel, “Terms of Endearment,” directed by James L. Brooks and starring Shirley MacLaine, Debra Winger and Jack Nicholson, won the Academy Award for best picture of 1983. 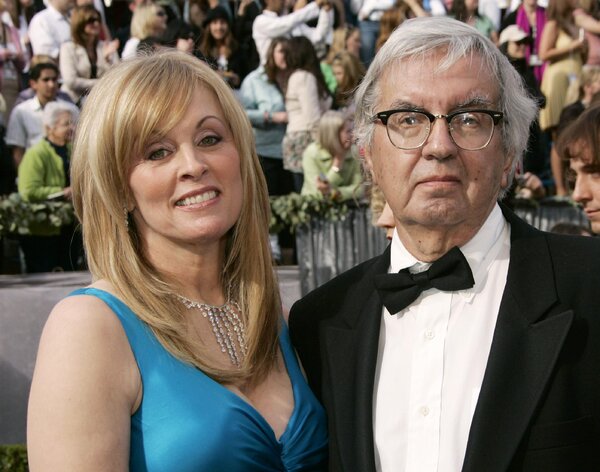 Mr. McMurtry relished his role as a literary outsider. He lived for much of his life in his hometown, Archer City, Texas, two hours northwest of Dallas. He had the same postal box for nearly 70 years. When he walked onstage to accept his Oscar for “Brokeback Mountain,” he wore bluejeans and cowboy boots below his dinner jacket. He reminded audiences that the screenplay was an adaptation of a short story by Ms. Proulx.

Yet Mr. McMurtry was a plugged-in man of American letters. For two years in the early 1990s he was American president of PEN, the august literary and human rights organization. He was a regular contributor to The New York Review of Books, where he often wrote on topics relating to the American West. His friends included the writer Susan Sontag, whom he once took to a stock car race.

For some 50 years, Mr. McMurtry was also a serious antiquarian bookseller. His bookstore in Archer City, Booked Up, is one of America’s largest. It once occupied six buildings and contained some 400,000 volumes. In 2012 Mr. McMurtry auctioned off two-thirds of those books and planned to consolidate. About leaving the business to his heirs, he said: “One store is manageable. Four stores would be a burden.”

Mr. McMurtry’s private library alone held some 30,000 books and was spread over three houses. He called compiling it a life’s work, “an achievement equal to if not better than my writings themselves.”

Larry Jeff McMurtry was born in Wichita Falls, Texas, on June 3, 1936, to Hazel Ruth and William Jefferson McMurtry. His father was a rancher. The family lived in what Mr. McMurtry called a “bookless ranch house” outside of Archer City, and later in the town itself. Archer City would become the model for Thalia, a town that often appeared in his fiction.

He became a serious reader early, and discovered that the ranching life was not for him. “While I was passable on a horse,” he wrote in “Books,” his 2008 memoir, “I entirely lacked manual skills.”

He graduated from North Texas State University in 1958 and married Jo Ballard Scott a year later. The couple had a son, James, now a well-regarded singer and songwriter, before divorcing.

After receiving an M.A. in English from Rice University in Houston in 1960, Mr. McMurtry went west, to Stanford University, where he was a Stegner Fellow in a class that included the future novelist Ken Kesey.

Thanks to his friendship with Mr. Kesey, Mr. McMurtry made a memorable cameo appearance in Tom Wolfe’s classic of new journalism, “The Electric Kool-Aid Acid Test” (1968). The book details Mr. Kesey’s drug-fueled journey across America, along with a gang of friends collectively known as the Merry Pranksters, in a painted school bus.

In the scene, Mr. Kesey’s bus, driven by Neal Cassady, pulls up to Mr. McMurtry’s suburban Houston house, and a naked and wigged-out woman hops out and snatches his son. Mr. Wolfe describes Mr. McMurtry “reaching tentatively toward her stark-naked shoulder and saying, ‘Ma’am! Ma’am! Just a minute, ma’am!’”

Mr. McMurtry wrote his first novels while teaching English at Texas Christian University, Rice University, George Mason College and American University. He was not fond of teaching, however, and left it behind as his career went forward.

He moved to the Washington area and with a partner opened his first Booked Up store in 1971, dealing in rare books. He opened the much larger Booked Up, in Archer City, in 1988 and owned and operated it until his death.

In a 1976 profile of Mr. McMurtry in The New Yorker, Calvin Trillin observed his book-buying skills. “Larry knows which shade of blue cover on a copy of ‘Native Son’ indicates a first printing and which one doesn’t,” Mr. Trillin wrote. “He knows the precise value of poetry books by Robert Lowell that Robert Lowell may now have forgotten writing.”

A Knack for Female Characters

While much of Mr. McMurtry’s writing dealt with the West or his Texas heritage, he also wrote novels about Washington (“Cadillac Jack”), Hollywood (“Somebody’s Darling”) and Las Vegas (“The Desert Rose”). There was a comic brio in his best books, alongside an ever-present melancholy. He was praised for his ability to create memorable and credible female characters, including the self-centered widow Aurora Greenway in “Terms of Endearment,” played by Shirley MacLaine in the film version.

In the novel, Aurora is up front about her appetites. “Only a saint could live with me, and I can’t live with a saint,” she says. “Older men aren’t up to me, and younger men aren’t interested.”

His early novels were generally well reviewed, although Thomas Lask, writing about “The Last Picture Show” in The Times Book Review, said, “Mr. McMurtry is not exactly a virtuoso at the typewriter.” Other critics would pick up that complaint. Mr. McMurtry wrote too much, some said, and quantity outstripped quality. “I dash off 10 pages a day,” Mr. McMurtry boasted in “Books.”

Some felt that Mr. McMurtry clouded the memories of some of his best books, including “The Last Picture Show,” “Lonesome Dove” and “Terms of Endearment,” by writing sequels to them, sequels that sometimes turned into tetralogies or even quintets. It was hard to recall, while reading his “Berrybender Narratives,” a frontier soap opera that ran to four books, the writer who delivered “Lonesome Dove.”

Mr. McMurtry sometimes felt the sting of critical neglect. “Should I be bitter about the literary establishment’s long disinterest in me?” he wrote in “Literary Life,” a 2009 memoir. “I shouldn’t, and mostly I’m not, though I do admit to the occasional moment of irritation.” In the late 1960s and early ’70s, he liked to tweak his critics by wearing a T-shirt that read “Minor Regional Novelist.”

He was open about the shadows that sometimes fell over his life and writing.

After completing “Terms of Endearment,” he entered what he described as “a literary gloom that lasted from 1975 until 1983,” a period when he came to dislike his own prose. He had a heart attack in 1991, followed by quadruple-bypass surgery. In the wake of that surgery he fell into a long depression during which, he told a reporter, he did little more than lie on a couch for more than a year.

That couch belonged to Ms. Ossana, whom Mr. McMurtry had met in the 1980s at an all-you-can-eat catfish restaurant in Tucson. They began living together, and collaborating shortly afterward — Mr. McMurtry writing on a typewriter, Ms. Ossana entering the work into a computer, often editing and rearranging.

“When I first met Larry, he was involved with about five or six different women,” Ms. Ossana told Grantland.com in 2014. “He was quite the ladies’ man. I was always really puzzled. One day I said to him, ‘So all of these women are your girlfriends?’ And he said, ‘Yes.’ And I said, ‘Well, do they know about one another?’ He said, ‘Nooo.’”

Mr. McMurtry had reportedly completed a draft of a memoir titled “62 Women,” about some of the women he knew and admired. He had an unusual arrangement in the last years of his life.

In 2011 he married Norma Faye Kesey, Ken Kesey’s widow, and she moved in with Mr. McMurtry and Ms. Ossana. “I went up and drug Faye out of Oregon,” he told Grantland.com. “I think I had seen Faye a total of four times over 51 years, and I married her. We never had a date or a conversation. Ken would never let me have conversations with her.”

In addition to his wife and son, Mr. McMurtry is survived by two sisters, Sue Deen and Judy McLemore; a brother, Charlie; and a grandson.

Mr. McMurtry’s many books included three memoirs and three collections of essays, including “Walter Benjamin at the Dairy Queen,” published in 1999. “There are days,” Mr. McMurtry wrote, “where I think my own nonfiction will outlive my novels.”

In addition to old books, Mr. McMurtry prized antiquated methods of composition. He wrote all of his work on a typewriter, and did not own a computer. He wrote for the same editor, Michael Korda at Simon & Schuster, for more than three decades before moving to Liveright, an imprint of W.W. Norton, in 2014.

“Because of when and where I grew up, on the Great Plains just as the herding tradition was beginning to lose its vitality,” he once said, “I have been interested all my life in vanishing breeds.”