Keith Botsford, a globe-trotting, multilingual and extraordinarily multifaceted man of letters who became a longtime collaborator with Saul Bellow, died last year, on Aug. 19, in London — a death that drew little public notice at the time. He was 90.

His death was noted two days later by The New England Review of Books, on its website, and 16 days later in a 25-word paid death notice in The Boston Globe, but it was otherwise not reported widely. The Times of London published an obituary two months later, and the Boston University alumni magazine, Bostonia, noted his death in its recent winter-spring issue. Mr. Botsford was professor emeritus of journalism at the university’s College of Communication and had lived, and written, in Costa Rica for some time.

The New York Times learned of his death on Thursday while updating an obituary about him that had been written in advance in 2014.

Mr. Botsford was a fluid, prolific writer unfettered by the boundaries of form or genre. He was a novelist, essayist, journalist, biographer, memoirist, teacher, translator and founder, with Bellow, of three literary magazines, most recently News From the Republic of Letters.

A Renaissance man, he also composed chamber works, a ballet and choral music, and was fluent in seven languages and able to read a dozen.

While teaching comparative literature and French in the early 1950s at Bard College in the Hudson Valley, Mr. Botsford attended a cocktail party that changed the course of his life. A budding novelist in his mid-20s at the time, he looked across the room and saw a fellow faculty member in a predicament.

“It was Saul Bellow, and he was pinned against the wall by a dreadful man from Winnipeg,” Mr. Botsford recalled in an interview for this obituary in 2014. “I had just read ‘The Adventures of Augie March,’ so I walked up and started talking to him.”

Bellow, by then in his late 30s, had taken a teaching post at Bard in 1953, the year “Augie March,” his breakthrough novel, was published.

A friendship soon flowered, and it lasted until Bellow’s death in 2005 at 89. “He liked to call me his sidekick,” Mr. Botsford said. “I found the title perfectly honorable.” 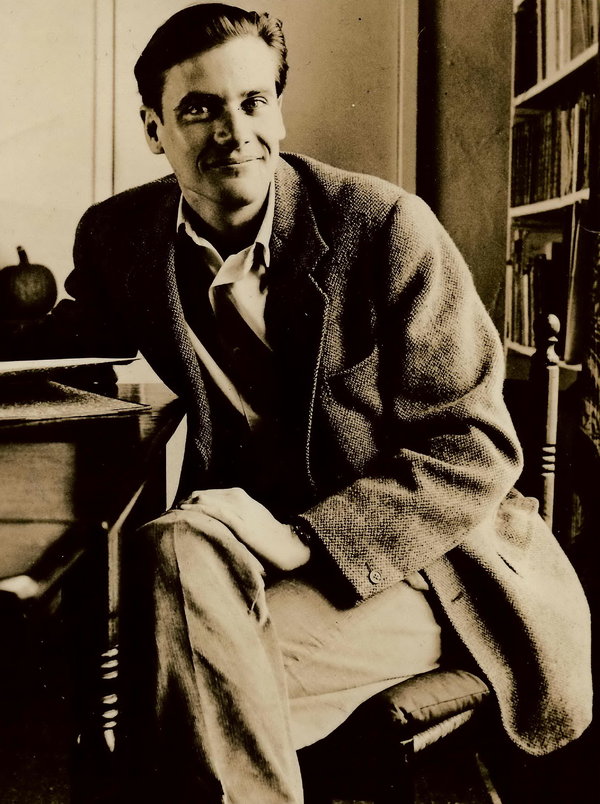 Dismayed that literary magazines of the day were, by their lights, either too chic or too academic, the two friends founded one of their own, The Noble Savage, which made its debut in 1960. (Ralph Ellison, Arthur Miller and Wright Morris, among others, wrote for its first issue.) It later published a couple of unknowns, Thomas Pynchon and Robert Coover, before ceasing publication after five issues.

They followed The Noble Savage with another literary magazine, ANON, in 1970; it lasted just one issue. They put out the first issue of News From the Republic of Letters in 1997, featuring in its pages an excerpt from an unpublished Bellow novel, “View From Intensive Care.” Bellow called the magazine, published twice a year, “a tabloid for literates,” and said that he and Mr. Botsford were “a pair of utopian codgers who feel we have a duty to literature.”

The magazine took its name from Nouvelles de la République des Lettres, first published in 1684 by the French philosopher Pierre Bayle. It introduced new and newly discovered writings from American and international writers, both celebrated and obscure, including fiction and nonfiction, memoir, correspondence, biography, poetry, essays and reviews. Writing under the Bayle-inspired byline “P. B.,” Mr. Botsford contributed sharp opinions on everything from drone attacks to crime fiction. Agatha Christie, to his way of thinking, “can’t write for toffee.” (The magazine continued publication until at least 2008.)

In 2001, Mr. Botsford and Bellow edited “Editors: The Best From Five Decades,” a 1,000-page mosaic of stories, poems, articles and essays by writers as diverse as Victor Hugo, Martin Amis, S. J. Perelman and John Berryman, most of it never before published in book form.

Editing provided Mr. Botsford with a welcome respite from the rigors of writing. “I found editing myself difficult and being edited by others humiliating,” he wrote. “I got around this by editing others with generosity and rewriting with humility.” He called translation “the supreme exercise of mastering someone else’s style.”

In his journalism, Mr. Botsford was equally at ease writing about movie stars, concert pianists, bullfighters, novelists and race drivers. Formula One racing and the Boston Red Sox were two of his passions, along with literature, music and food.

His interest in bullfighting led him to write a biography of the celebrated Spanish matador Luis Miguel Dominguin (1926-96), whom Ernest Hemingway profiled in his nonfiction book “The Dangerous Summer.” In the biography, published in 1972, Dominguin was quoted as dismissing Hemingway as “a commonplace bore” who “knew nothing about fighting bulls.”

Mr. Botsford’s opinions could be equally barbed. He once wrote of the French composer Olivier Messiaen: “Messiaen is the Al Gore of music. That is, he sells a brand of French intellectual sanctity that I will do a great deal to avoid.”

The critics were generally kinder toward Mr. Botsford’s work.

He began his career by producing four largely autobiographical novels. The fourth, “The March-Man,” is a multivoiced narrative about Franklin Carey, a man, much like his creator, who inhabits the border regions between the cultures of Europe and America. Writing in The Times in 1964, Haskel Frankel called Mr. Botsford “a writer of sure stylistic control and great technical skill.”

In all, Mr. Botsford produced some two dozen novels, including crime and espionage tales written under pseudonyms.

He was born on March 29, 1928, in Brussels to an expatriate American father, Willard Hudson Botsford, and an Italian mother, Carolina Elena Rangoni-Machiavelli-Publicola-Santacroce. He said that his mother was a descendant of Niccolo Machiavelli and that his father’s ancestors helped found Milford, Conn., on Long Island Sound in 1639. Mr. Botsford recalled his maternal grandmother employing 120 servants at her house near Recanati, Italy, on the Adriatic Sea.

Severely burned as a boy, Keith spent much of his early life bedridden, and thus reading avidly. By age 7, he told The Times in 2007, “I was a man of letters.”

His formal education began in English boarding schools, but his family was forced to leave Europe for the United States as World War II loomed. His parents soon divorced, and his schooling continued in California and at Portsmouth Priory School in Rhode Island (now Portsmouth Abbey School).

He entered Yale but left before graduation to enlist in the Army. By his account he served as a spy in Eastern Europe and the Middle East.

Mr. Botsford received a bachelor’s degree from the University of Iowa in 1949 and a master’s in French literature from Yale in 1952. He also studied composition at the Manhattan School of Music, Japanese at Columbia University and law at the University of Strasbourg in France and at Holborn College in London.

His teaching, translating, writing and administrative jobs took him all over the world, from New York to Boston, Mexico City, Rio de Janeiro, London, Paris and Istanbul. He said his most rewarding jobs were his stints as deputy international secretary of the writers association PEN; director of the Center for Translation Studies at the University of Texas, Dallas, where he also taught English; and assistant to the president of Boston University.

His half-century friendship with Bellow was, he said, another high point. “We had an intellectual love for each other,” Mr. Botsford recalled. He said he had helped Bellow write his acceptance speech when Bellow was awarded the Nobel Prize in Literature in 1976, and he visited Bellow’s bedside shortly before he died. Bellow’s last words to him, he said, were, “One good thing in my life was that I loved you.”

After Bellow’s death, Mr. Botsford visited southeastern Costa Rica at the urging of one of his sons, Joshua, a chef, and ended up building a house there on a lush tropical plot overlooking the Caribbean Sea. (His wife at the time, Angela Carol Fellows, a molecular biologist 52 years his junior, continued to live in Boston.)

Designed by another of Botsford’s sons, Gianni, a London-based architect, the house, dramatically angular, featured all-local timber, a corrugated metal roof and a breezy central room dominated by a grand piano and a wall of books. (He had shipped 17,000 there from Boston, he told The Times in the 2007 interview, which was for an article about the house.) The house was known as Casa Ki-ke (pronounced KEE-kay), a common local mispronunciation of the name Keith.

Botsford’s three marriages — to Ann Winchester and Nathalie Favré-Gilly as well as Ms. Fellows — ended in divorce. He had eight children, many grandchildren and at least one great-grandchild. A complete list of his survivors was not available; family members could not be reached.

Whether writing fiction, journalism or biography, Mr. Botsford always kept the reader in mind. For this he thanked Bellow:

“As my dear friend Saul Bellow put it to me, ‘Take the reader by the hand, Keith, and he will follow you anywhere.’ Or as I tell my students, ‘You are not writing for me, but for the world. Or at least for your Aunt Nellie in Boise, Idaho.’ ”