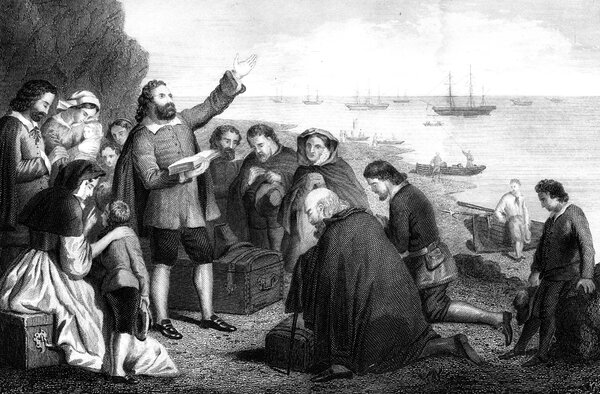 Through the spring and summer, I’ve been watching the daily maps of Covid-19 cases and vaccinations — the diagonal slash through Appalachia and the South to the Ozarks and Texas, where cases soared; the high vaccination rates in New England — and I’ve thought back to “Albion’s Seed: Four British Folkways in America,” David Hackett Fischer’s classic history of British migration to colonial America, which was published in 1989 and explained these phenomena with a clarity that seems even more stunning today. The divide between maskers and anti-maskers, vaxxers and anti-vaxxers is as old as Plymouth Rock. It is deeper than politics; it is cultural.

The Appalachian hill country and much of the Deep South were settled by a wild caste of emigrants from the borderlands of Scotland and England. They brought their clannish, violent, independent culture, which had evolved over seven centuries of border warfare. They were, Fischer wrote, “a society of autonomous individuals who were unable to endure external control and incapable of restraining their rage against anyone who stood in the way.” The spirit of the Scots-Irish borderlanders could also be seen in the Jan. 6 insurrection at the Capitol; their ancestors staged the Whiskey Rebellion against the U.S. Constitution.

In New England, it was quite the opposite. “Order was an obsession” for the Puritan founders. Everything was regulated. Local selectmen had to report — that is, to spy — on the domestic tranquillity of every family in their jurisdiction. Cotton Mather defined an “honorable” person as one who was “studious, humble, patient, reserved and mortified.” These habits have lingered, too.

“Albion’s Seed” makes the brazen case that the tangled roots of America’s restless and contentious spirit can be found in the interplay of the distinctive societies and value systems brought by the British emigrations — the Puritans from East Anglia to New England; the Cavaliers (and their indentured servants) from Sussex and Wessex to Virginia; the Quakers from north-central England to the Delaware River valley; and the Scots-Irish from the borderlands to the Southern hill country. This is a controversial argument, especially now, as the very nature and importance of “culture” has become a point of contention, especially by those who would reduce the American experience to the single lens of race. And, of course, our national sensibility has evolved since the colonial migrations. There are centuries of non-British immigrants to account for and there are the formerly enslaved African Americans, who brought distinctive cultures of their own to the mix. (Fischer planned a second volume on Southern plantation culture, but it hasn’t appeared. He drops a hint, though: The values of the Virginia Cavaliers caused the unusual brutality of the American system of Black enslavement.)

Culture is amorphous; it isn’t immutable. Somehow, the borderland descendants accepted the polio vaccine in the 1950s. Somehow, the Puritan state of Massachusetts opposed Prohibition — led by a generation of Irish Catholic politicians (but banned “Happy Hour” during a spate of drunk-driving accidents in 1983). Fischer writes of the Scots-Irish: The people of the Southern hill country region “were intensely resistant to change and suspicious of ‘foreigners.’ … In the early 20th century, they would become intensely negrophobic and antisemitic.”

Kicking Homer to the Curb: The American Scholar Who Upended the Classics