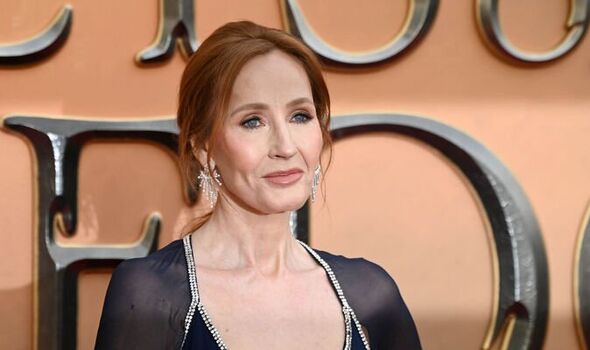 They claim Thistlelane Ltd has put up no-access signs, threatened to lock gates, stopped attempts to put in way-markers and even planted trees along the six-mile route. Mountain biker Paul Collins, said: “We’re now at the stage where we can’t follow the Captain’s Road because of the action of the landowners.” The path is in one of the most remote parts of the Scottish borders and links Ettrick and Yarrow valleys.

Although Thistlelane is owned by Ms Rowling’s husband, Dr Neil Murray, the author, 56, is listed as the main shareholder under her married name, Joanne Kathleen Murray.

The Captain’s Road was overgrown but in recent years ramblers and cyclists started to use it and in 2019 the route was re-established through a “missing link” project.

But in the pandemic “no access” signs reportedly appeared. Gordon Harrison, who helped the missing link project, said “continuous hurdles” had been put up, including planting saplings which “will quickly become large trees”.

Thistlelane’s agents, Scottish Woodlands, said last night that agreement over the issues has been reached after “productive” talks this week.

Director David Robertson said way markers would be put around a “poorly defined” area of wet land and a “multi-user gate” would be installed “to preserve pedestrian access”.

He added: “There has been no further attempt to restrict access other than that allowed during forestry operations for health and safety reasons.”

Graphic novels to read if you loved Heartstopper