As a child, Jean Stafford pledged allegiance only to the language. She remained steadfast; in a life dogged by alcoholism and ill health, appalling husbands and, admittedly, a fair amount of chaos of her own making, her prose never lost its force, sheen or sour majesty. What she wanted, she once said, was to communicate “what it’s like to be inside this particular skull.” Forty years after her death, her sentences still gleam like knives.

Stafford’s reputation, however, has wavered curiously for someone so celebrated in her time. If she’s remembered today, it might be for her frequently anthologized short story “Children Are Bored on Sunday,” or for her marriage to the poet Robert Lowell, which was impressively catastrophic even by his standards.

The Library of America has just republished her three novels — “Boston Adventure,” “The Mountain Lion” and “The Catherine Wheel” — in a volume edited by Kathryn Davis. Stafford’s collected stories, which won the Pulitzer Prize in 1970, will be reissued in 2021. There is a new opportunity to ask why work of such originality could ever be forgotten. It is not a case of ordinary neglect.

Stafford’s language is rich, thickly brocaded; her vocabulary strange, almost baroque. Motifs repeat fetishistically: hair shorn off as punishment, buck teeth, warts on hands, faces or heads that have been “ruined” or damaged in accidents. Characters come outfitted with satirical names: Beatrice Trueblood, Cora Savage, Mrs. Fawcett. They are posed at the opening of scenes, often prone, lying in a field or sulking in a hammock. The effect is like stepping into a painting that leaps to life around us while the characters stay frozen, locked in their particular hungers or obsessions.

Stafford writes about childhood — and not the childhood enshrined by American literature. Keep your Scouts, your Harriet the Spies. Keep all those adult fantasies of clever, curious, benign children. In Stafford, there is the kingdom of childhood in all its taboos — its furtiveness and griminess, the arcane rituals and untethered sensuality. Here is the fury of children, their humiliation at their dependency and their fear of engulfment. Here is the full range of their dark knowledge of how they are used by adults as instruments of competition, revenge and sexual exploitation.

In “The Catherine Wheel,” a boy named Andrew is fixated on eliminating all rivals in his desperation to be close to another boy. Stafford’s masterpiece, “The Mountain Lion,” follows two siblings, Molly and Ralph, whose bond frays during adolescence; the awakening of sexuality kindles disaster. Her frankness about the aggression in childhood, the drives to masochism and domination — along with her absolute lack of alarm — are what give these novels their uneasy, marginal status. They are threatening; her intensity lies in her descriptive language, not in her moral judgments. She is content to hold everything in her eye, all the ambivalences of intimate life. In “Boston Adventure,” a retelling of Cinderella, a poor girl finds in a patron the figure of a fairy godmother and wicked witch combined. Why on earth does one have children? a mother wonders in the short story “The Shorn Lamb.” Her daughter, meanwhile, gazes up at the despised faces of her family and imagines transforming herself into a bee and stinging them senseless. 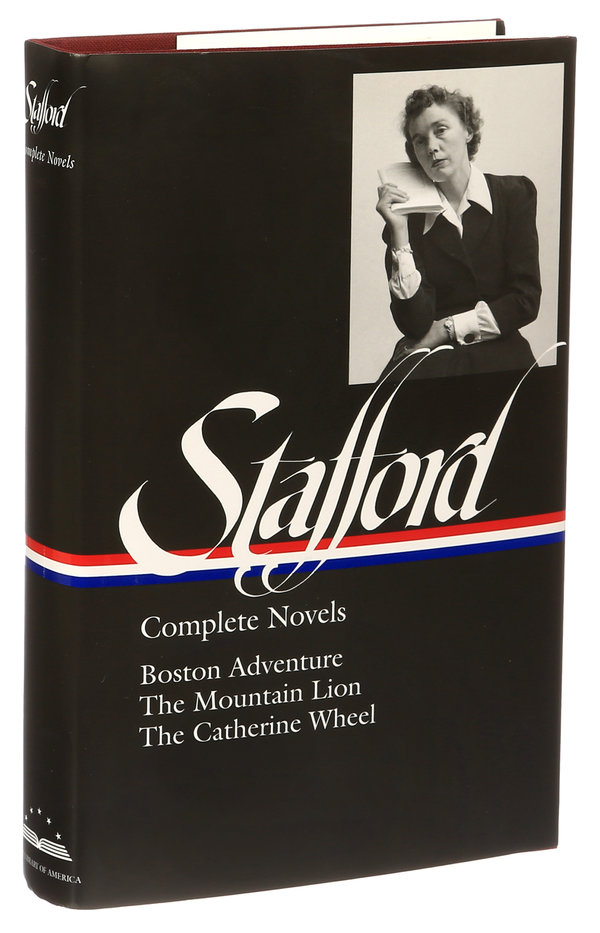 Ambivalence is a polite word for Stafford’s feelings for her own family. “I am amazed that all of us did not commit suicide in our cradles,” she once said. The youngest of four children, she was born in California in 1915. Her father wrote westerns in the early part of his career, and spent the rest squirreled in the basement, paranoid, writing a book about debt that he never completed.

Some of the same strains of personality found in her father drew her to Lowell. Stafford described him to a friend as a “ psychopathic murderer-poet” — and he did almost kill her, crashing his car while drunk. He was unhurt, but she required five operations on her face and skull. He later broke her nose at least two more times.

The one thing their eventual marriage couldn’t survive was Stafford’s success. “Boston Adventure,” her first book, was a surprise best seller. “Jean made a great mistake in becoming a success before her husband did,” her friend Wilfred Sheed recalled. “I can imagine he made Jean pay for this a bit.”

When Lowell left her for another woman, Stafford was hospitalized for nearly a year. She would marry twice more but Lowell stayed at the center of her consciousness. “She would have been furious at any feminist interpretation of the reckless way Lowell had smashed up her life and the masochist way in which she had accepted it,” the critic Elaine Showalter has written. “She fought against understanding her own anger, diverting it as much into meanness and booze as into art.”

On that famous meanness: I wouldn’t mind reading a volume of the unexpurgated insults of Jean Stafford. For much of her life she lived in the Hamptons, writing in an attic she shared with spiders and hornets, happily secreting her own venom. On the Partisan Review literary crowd: “ambitious and bourgeois frights.” On the local college: “the biggest Whore House west of the Mississippi.” On her students at said college: “Loathsome little bitches who are homesick and have rumps like a kitchen stove.”

Elizabeth Hardwick (Lowell’s second wife) once wrote that Sylvia Plath had the “rarity of being, in her work at least, never a ‘nice person.’” In Plath’s letters, a cherished put-down, in fact, is “smiler,” for a falsely appeasing woman. That contempt for feminine docility and the domestic pieties of the era is shared by so many of Plath and Stafford’s midcentury contemporaries: Hardwick, Patricia Highsmith, Flannery O’Connor, Carson McCullers, Mary McCarthy. They seized a freedom in exploring extremities, cruelty, plain nastiness. “Sin giddied me,” Stafford once wrote.

Sin giddies her characters, too. They feel like some of the freest people in American literature. They may be generally poor and thwarted, but their creator denies them none of their impulses, none of their darkness.

Stafford’s final years were a chronicle of painful decline, her demons in full sway. But to encounter her here is to recall Molly and Ralph’s breathtaking first glimpse of the mountain lion. “She allowed them to look at her for only a few seconds and then she bounded across the place where the columbines grew in summer and disappeared among the trees.” She had sensed peril, and they had sensed hers — and her power. What they had shared was brief, and hair-raising; it was mutual recognition.

The Beekeeper of Aleppo: Compelling tale of war and hope