THE REVISIONERS
By Margaret Wilkerson Sexton

“The Revisioners,” Margaret Wilkerson Sexton’s stunning new novel, is told in alternating chapters from the points of view of Ava and Josephine, two African-American women connected by blood and similar circumstances but divided by nearly a hundred years. The story begins in 2017 as Ava, a biracial single mom, moves into her white grandmother’s mansion in New Orleans, hoping to connect to her grandmother as a way of connecting to her absent father. She is also saving the money she earns as the older woman’s companion in order to one day start an independent life with her son, King. In 1924, when the other plotline is set, Ava’s maternal ancestor Josephine is a former sharecropper who’s now widowed and living (with her son and his family) on her own 300-acre farm. Her narration includes sections that jump back even further in time to 1855, when she was an enslaved child on a plantation.

Sexton’s writing is clear and uncluttered, the dialogue authentic, with all the cadences of real speech. There is no false teenager slang, no tortured Southern accents or crude approximations of the words of the enslaved. Song lyrics, prayers, chants and Scripture are used liberally to situate the characters in time, but also to bind them to one another through a shared culture. But her prose also contains intimate, particularized glimpses of the main characters’ lives: Going back to her old neighborhood, Ava thinks, “As ready as I was to leave this place, in a way it’s a relief to be back, to see the older women sitting on the porches of bright shotguns snapping green beans, the young men kneeling over their front lawns, resuscitating old cars.”

Voicing a novel from two perspectives invites some amount of comparison. Weary Ava occupies a liminal space between knowing Cardi B lyrics and feeling self-conscious with her 12-year-old that she “can rap along to every word of ‘Bodak Yellow.’” Ava needs her mother, longs for her father and dreams for her son, but it’s this last that causes her the most disquiet. The world is holding onto the vestiges of racial terror (same strange fruit, different tree), and though that violence is often simmering, Ava knows it can erupt in an instant. Prejudice also lurks beneath her dark-skinned child’s experiences as “the only black kid in his class,” and in Ava’s relationship with her white grandmother: How long before this respectable older woman reveals the extent and contours of her racial animus? 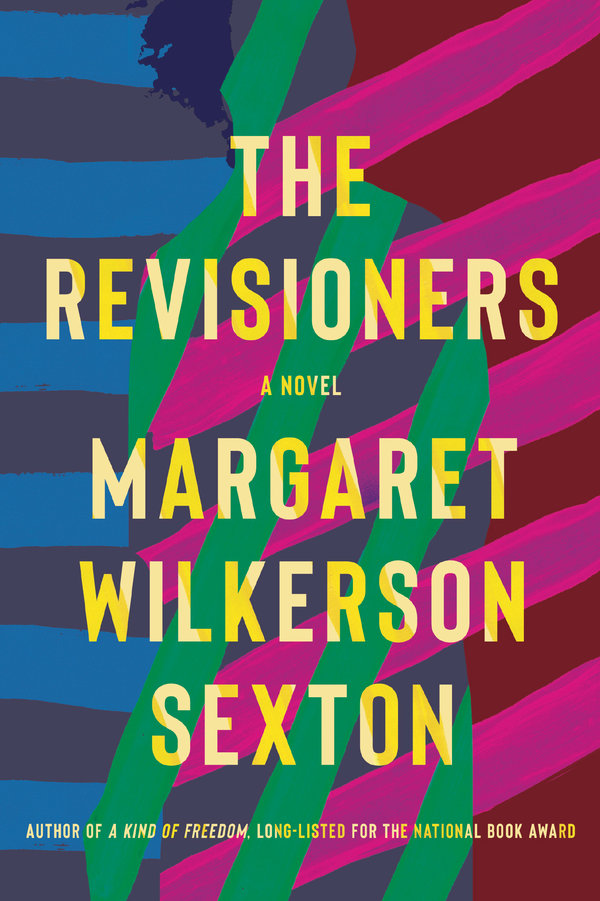 In Josephine’s chapters, the danger is much more constant, and clearly articulated: One perceived breach of Jim Crow etiquette could mean disaster for her and her family. That whiff of injustice, the inevitability of it, is woven into her world, as are the spirits of the ancestors with whom Josephine has a special connection. Over 70 years old, Josephine is often alone, except for her friend Link and her new young, white neighbor. She is wise about children, the ways of men, the capricious loyalty of white neighbors, family and friends; and though she is not perfect, her jealousies, petty behavior and side-eyed disdain give her character a complexity that makes her all the more convincingly human.

Both Ava and Josephine tell their progeny true life stories. Josephine’s grandson favors plantation stories told over and over like incantations, his favorite one beginning with Josephine’s birth after two stillborn children who “smelled the world to know there was nothing inside it for them.”

These stories ground the novel in the harsh facts of history even as they take on the deeply felt weight of myth. Josephine’s narrative wears the sheen of dulled memory, not nostalgic but emotional, blunt by design so that when the ugly truth emerges, it stands in stark relief. Today’s readers will find the novel’s most visceral moments of cruelty all too familiar: white Americans dismantling any pretense of civility, taking out their own great pain on a black body.

But the plot itself is not quite the point of “The Revisioners.” This is a novel about the women, the mothers. The mothers who slough off the rough edges of the terrible tales, who leave the essence of the story without the pathology. These mothers are well versed in the world’s grim reckoning, and they decide when and how much of the story to portion out. Women like Ava and Josephine, who face difficult if not desperate circumstances without men by their sides, are often called resilient. And they are, but it’s not so much their misfortune as their mission to keep moving forward — not toward a golden shore, or even to freedom or certain security, but to the possibility of a better future for their children. As Josephine’s mother tells her, “It was our jobs to see they made it over.”

“The Revisioners” has some elements of fairy tale: the old conjurer woman whose magic is valuable but limited; the wicked stepmother; the missing mother so long gone she’s reduced to a mere flash of memory. But “The Revisioners” is not a fairy tale. The old are not useless, stepmothers might become family, mothers abide and even thrive for a time with their children. The novel proves that even if she is not with you, your mother (and her mother too) is not only part of you, but is you. You hear her voice echo through your own. You feel her expression creep onto your own face. She has something to pass onto you. “The Revisioners” also reminds us that though you may share blood, there are also connections deeper and more powerful than blood, connections that turn a collection of individuals into a community, and will forever be more significant than any bond that’s merely skin deep.

The scourge of Muphry’s Law

Books about race and education: The 5 books which are must-reads about race