Home » Books » How the stately home fought back… with rock stars and lions!

How the stately home fought back… with rock stars and lions! NICK RENNISON selects his picks of this year’s best history books

By the time World War II began, country houses were in crisis, thanks to rising taxes, the shortage of servants and the feeling that their owners were, in Adrian Tinniswood’s words, ‘as anachronistic in 20th-century Britain as the rusting suits of armour that decorated their dusty halls’.

Yet the country house is ‘a remarkably resilient beast’.

Predictions of its demise proved premature.

As this beautifully illustrated volume shows, the 1950s and the 1960s saw a renaissance as rock concerts replaced hunt balls and the doors of ancient family seats were thrown open to paying customers. Tinniswood chronicles it all in lively detail. 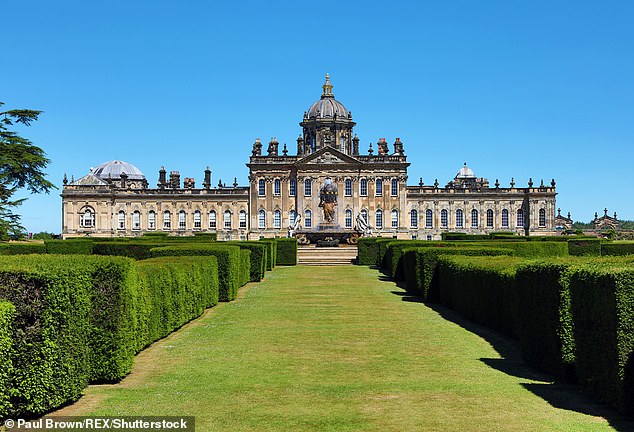 THE SHORTEST HISTORY OF GREECE

‘The West’, James Heneage reminds us, ‘owes its civilisation to the Greeks.’ In two centuries, from about 500 to 300 BCE, their extraordinary achievements in philosophy, literature, art and the organisation of society laid the foundations for the world we experience today.

Yet many of us continue to know little about Greek history. Heneage succeeds in rectifying that: in 250 pages, he summarises the story not only of the ancient Greeks but of the Greek-speaking Byzantine rulers of Constantinople, the 19th-century Greek struggle for independence from the Ottoman Empire and the traumas of Nazi occupation and civil war in the 20th century.

Two months after World War I ended, the whereabouts of half a million British soldiers remained unknown.

Most were assumed to have been killed: in the words of a character in a Rudyard Kipling story, ‘Missing always means dead.’ Yet grieving relatives longed for closure. ‘I shall never believe . . . that my son is dead until his grave is found,’ one woman wrote.

These still continue today: around 50 sets of human remains are recovered annually in France and Belgium in what locals call the ‘harvest of bones’. 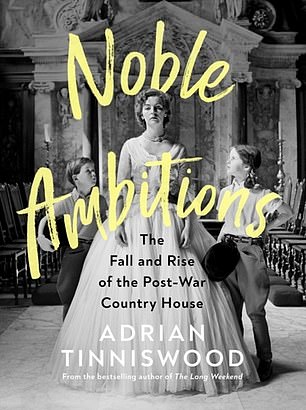 On July 5, 1944, 20-year-old Lily Ebert, together with most of her family, was thrust into a stinking, overcrowded goods wagon at a railway station in Hungary. The wagon’s destination was Auschwitz.

‘Words can barely describe what happened next,’ she says in this unforgettable memoir written in conjunction with her great-grandson. ‘But,’ she goes on, ‘words are all I have.’

She has used them to powerful effect to conjure up both the hell of Auschwitz and her slow path towards building a new life in the years after the war ended.

AFTERMATH: LIFE IN THE FALLOUT OF THE THIRD REICH

BY 1945, Germany lay in ruins. As the war came to an end, Berliners emerged from hiding to find their city devastated.

In Dresden there were 40 cubic metres of rubble for each surviving resident. Refugees roamed the country.

Of Germany’s population of 75 million, around 40 million were ‘not where they belonged or wanted to be’.

How did a new society rise, phoenix-like, from the ashes of Hitler’s murderous regime?

Harald Jähner’s book provides a brilliant portrait of Germany in the tumultuous years between 1945 and 1955, during which the nation that perpetrated the Holocaust transformed itself into a democracy.

In the summer of 1942, British fortunes in World War II were at a low ebb. Malta, which the U.S. president, Franklin Roosevelt, had described as ‘one bright flame in the darkness’, was on the verge of surrender to the Germans.

The island, bombed and beleaguered, needed relief, so a giant convoy of merchant ships with supplies, together with an escort of Royal Navy fighting ships, was despatched to the Mediterranean.

In his first book about war at sea, the acclaimed military historian Max Hastings unfolds the gripping saga of how, and at what cost, the ‘island fortress’ was saved.

The Body Keeps Score. So Does This Memoir.

Silverview: The John le Carré thriller that came in from the cold