Home » Books » How the Problem of ‘Waste’ Affects the Rural Poor

Pamela Rush didn’t get the home she deserved.

She tried. In 1995, Rush bought a trailer for about $113,000, near the woods in Lowndes County, Ala. It had sloping floors and gaps in the walls stuffed with rags to keep opossums and other wild animals out. To make it more of a sanctuary for her two children and herself, she bought secondhand couches and chairs, arranging them in a semicircle around the television. She displayed framed prints on the walls, and a mobile with three brown-skinned angels. “Angels live here,” it read.

Over the next quarter-century, Rush also hosted an astonishing array of people at her home, including Senator Bernie Sanders of Vermont and the Rev. Dr. William J. Barber II. They were among many influential leaders who toured the rural community. Rush wanted them to understand what it was really like, so she took them out back. That’s where stinking raw sewage dotted with toilet paper poured out of an open pipe.

Catherine Coleman Flowers, an environmental activist who was recently awarded a MacArthur “genius” grant, tells Rush’s story in “Waste: One Woman’s Fight Against America’s Dirty Secret.” The book spotlights an unpleasant and complicated problem — the lack of proper waste sanitation in rural America — and the phenomenal toll it takes on public health and dignity. Rush’s home had no septic system. It would have cost at least $15,000, a price she couldn’t afford. Moving wasn’t an option; she still owed $13,000 on a trailer that was essentially worth nothing. They were stuck. 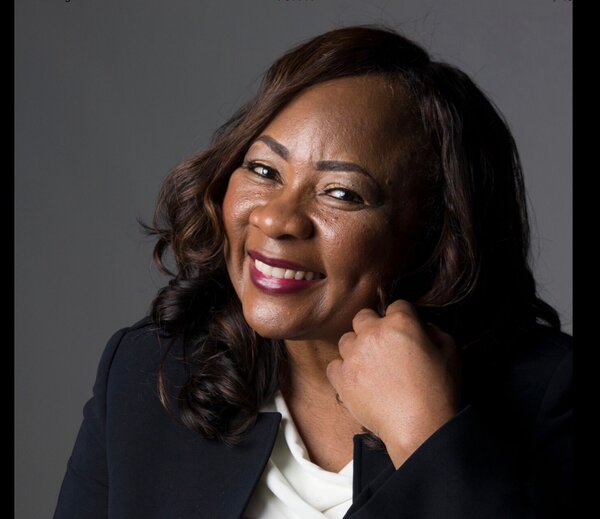 In Lowndes County, a swath of rural land between Selma and Montgomery, as many as 90 percent of households have failing or inadequate systems for managing wastewater. This is structural poverty, Flowers writes, and it’s hardly a localized problem. From rural Appalachia to the suburbs of St. Louis to Allensworth, the California town that was the state’s first to be founded by African-Americans, “Waste” follows Flowers as she discovers that the failure to invest in infrastructure is pervasive nationwide. The consequences are life-threatening, but often invisible to those who live and work in communities with more political clout. Such conditions appear to have reintroduced hookworm to the United States, a tropical parasite thought to be eradicated from the country with the advent of modern plumbing. A study by researchers at Baylor College of Medicine, catalyzed by Flowers after she developed a mysterious rash, found evidence of hookworm in 34.5 percent of 55 people tested.

On top of all that, it’s not uncommon for people to face eviction and even arrest because of this scarcity of resources. Not having a septic system put Rush at risk, and her sister had faced criminal charges some years earlier.

The title “Waste,” then, has a double meaning. It signifies both the literal fact of waste and the loss of so much time, energy, money and even lives. What potential might be unleashed in a world where people have their needs met?

Flowers brings an invigorating sense of purpose to the page. “Waste” is written with warmth, grace and clarity. Its straightforward faith in the possibility of building a better world, from the ground up, is contagious.

As eye-opening as it is as a chronicle of the rural sanitation crisis, “Waste” is at least as much the autobiography of an environmental justice advocate. Flowers shares the extraordinary story of her own life, in all its detours, leaps of faith, luck, strange turns, hard work and her ever-rising social consciousness.

Flowers’s parents were activists, and her childhood home in Lowndes County was a haven for civil rights leaders. She eavesdropped on front-porch strategy sessions with the likes of Stokely Carmichael and Bob Mants of the Student Nonviolent Coordinating Committee. “At the time, I did not realize I was not among common men,” she writes.

Her own organizing skills were first put to use when she campaigned against terrible educators at her high school, leading to the removal of her principal and superintendent. In college, she learned to mobilize large groups, especially in the fight to protect Alabama State University, a historically Black college, from a merger. She left school for the Air Force, and then returned to her studies as a newlywed at Fort Sill. On her first day of class, her husband of two months was injured in a freak accident during field training. His head injury resulted in amnesia, which pushed Flowers into her next great battle: agitating for health care and occupational rights on behalf of her husband, while simultaneously reintroducing herself to him. This proved taxing.

She finished her studies while advocating and caring for her husband in the hospital. “I had finished my degree program,” Flowers writes. “I also had learned an unforgettable lesson about the audacity needed to challenge structural racism no matter where it appears.” As she moves through Washington, D.C., Fayetteville, Detroit and finally returns to rural Alabama, Flowers has far more adventures than can be described here. But her growing vision for a more just future is always rooted in history, from her attunement to the ghosts in place names to the annual march from Selma to Montgomery that becomes a recurring site of connection and mobilization for her.

Robert Caro, chronicler of the lives of Robert Moses and Lyndon B. Johnson, has said that he never wanted to write biographies; he wanted to write about political power. “Waste” is something like that. It is one woman’s story of how she built power through her advocacy for waste treatment, despite it being an issue that many would prefer to ignore.

That work includes pragmatic coalition building. Flowers found early allies in Bob Woodson, the conservative founder of the Woodson Center, and former Senator Jeff Sessions of Alabama, both of whom grew up poor. Flowers also makes a connection with the local environmentalist for the state health department, who is burdened by incomplete data on septic systems and compelled by law to act on health complaints. There are a number of other high-profile partners who make appearances, including Senator Cory Booker of New Jersey and Bryan Stevenson, founder of the Equal Justice Initiative. (Flowers moonlights as the rural development manager at E.J.I., and Stevenson wrote the foreword to “Waste.”) At one point, Flowers finds herself on a road trip in California with the actress Jane Fonda and the banker Kat Taylor, the wife of the billionaire Tom Steyer, a former presidential candidate. At another point, she’s in Geneva testifying before a panel of the United Nations. It’s a long journey for “a poor Black girl from Lowndes County, Alabama,” Flowers writes.

The last quarter of the book is less interesting, as the rural sanitation campaign moves into high-powered realms full of schmoozing and important speeches. But then, this, too, is the story of how Flowers generated momentum for the environmental justice movement.

Pamela Rush never got the home she deserved. She came close. Kat Taylor provided funding to the Center for Rural Enterprise and Environmental Justice to buy a safe, clean house for her. Rush even visited the lot. But the team hit one obstacle after another trying to install a septic system. Then the coronavirus struck. Then Rush got sick. She died of Covid-19 at age 49.

Her children may yet make the house a home. But for now, it’s time to go beyond individual problem-solving. “My wish,” Flowers writes, “is that Pamela’s life, activism and death will move us to work for a just system that provides affordable wastewater treatment and decent housing for the rural poor.” No more, no less.

Alma Mahler: a story of tragedy, husbands and music