Home » Books » How the Animal World Is Adapting to Climate Change 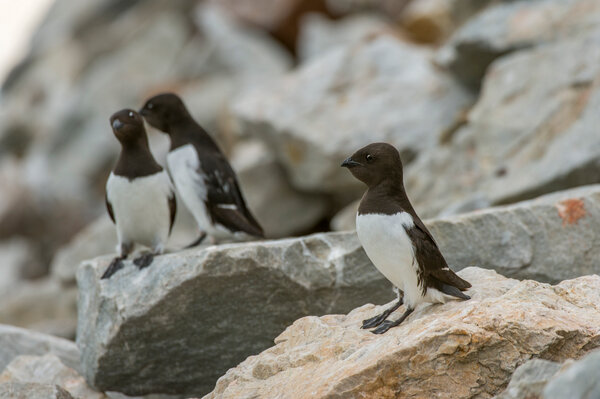 When I left Canada for the United States in 1987, I had never seen or heard a red-bellied woodpecker, which at that time was a rare vagrant in southern Ontario. Today, they are firmly established here, and I have encountered several since returning to Canada in 2018.

It’s no mystery why red-bellied woodpeckers are advancing northward. They’re responding to a warming planet. To which one might say: “Fine, good for them!” But in an interconnected world, where the fate of one species is inextricably linked to the fortune of another, rapid changes always carry consequences. At a time when the climate change discourse is focused mainly on its causes, its effects on weather and our so-far tepid efforts to address the problem, it’s good to see a book on how animals and plants are responding and faring amid the flux.

Starving polar bears forced to swim as ice melts have become an evocative symbol of global warming. But as Thor Hanson reveals in “Hurricane Lizards and Plastic Squid,” there are subtler, less noticed dramas playing out.

Take, for example, the so-called escalator to extinction, a phenomenon as sad as it is insidious. Temperature and moisture patterns change with elevation, as do the species who inhabit each terrain. On a heating planet, those animals and plants that have adapted to particular elevations are being forced to higher ground, until they reach the top and, having nowhere left to go, perish. Studies have documented this effect on birds, moths and tree seedlings, and it seems likely that other life forms, including mammals, reptiles and amphibians, are vulnerable to this upslope migration toward oblivion. With 25 percent to 85 percent of the world’s species now in the process of relocating, one wonders whether the hottest regions on earth will become barren lands, devoid of any life, like the “dead zone” in the Gulf of Mexico, which covers somewhere around 7,000 square miles.

Despite the gravity of its subject, though, this is not a depressing book. An award-winning biologist and author whose earlier work has focused on bees, feathers, seeds and gorillas, Hanson is an affable guide and storyteller, with a knack for analogy, a sense of humor and the natural curiosity of a scientist. In a compact chemistry lesson using a jar of pickles and a lit match, he and his son, Noah, perform an experiment to demonstrate the power of carbon dioxide. On another occasion, he takes his hatchet to a dead pine in his yard to try to discover whether his tree is being attacked by destructive borer beetles.

Taking us behind palace doors, this year's reads are a royal riot