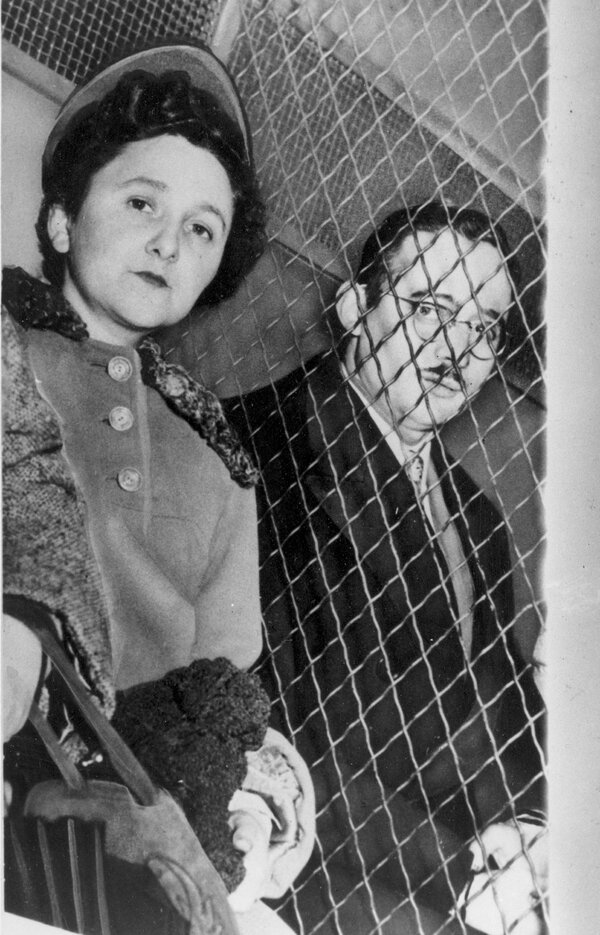 An American Tragedy
By Anne Sebba

Few trials in American history can match that of Ethel and Julius Rosenberg for its sensationalism. The young couple were arrested in 1950 for atomic espionage. Less than a year earlier, the Soviet Union had unexpectedly tested its first nuclear bomb, a mere four years after the U.S. atomic strikes on Hiroshima and Nagasaki. Mao Zedong had just declared the People’s Republic of China. Cold War hysteria was at its peak. The couple were quickly convicted, sentenced to death and, after two years of international protest and a series of failed appeals, executed in June 1953. They remain the only individuals put to death for peacetime espionage in American history and most everyone agrees neither should have been killed.

Will someone please marry my husband?

Winds of Winter release date: Will George RR Martin finish it in time for Worldcon?

In César Aira’s World, Life Is a Series of Chance Encounters