Home » Books » How Do You Rebound From Tragedy? Begin by Welcoming the Future 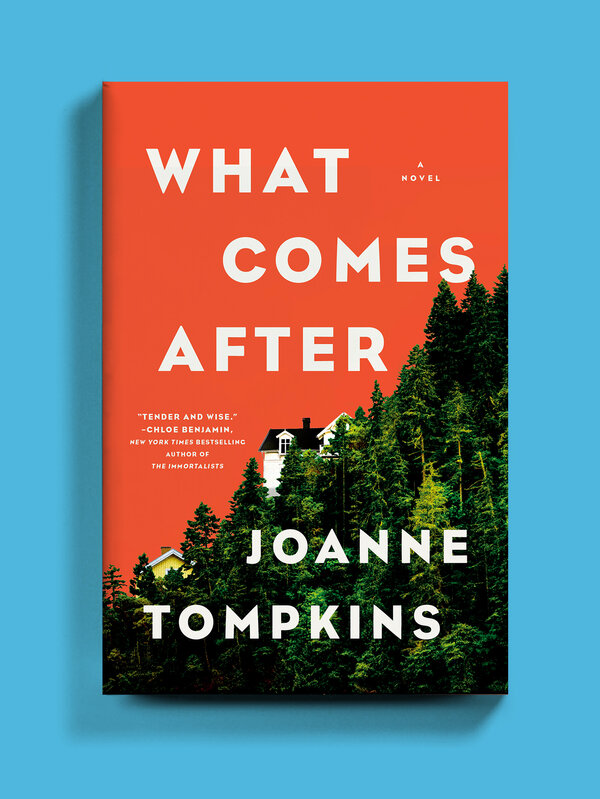 Welcome to Group Text, a monthly column for readers and book clubs about the novels, memoirs and short-story collections that make you want to talk, ask questions and dwell in another world for a little bit longer.

A pregnant teenager wanders out of the woods and into the lives of grieving neighbors. Will her circumstances bring them together or drive an even bigger wedge between two households with ample reason not to get along?

Like a Choose Your Own Adventure book for adults, “What Comes After” provides multiple entry points for conversation about what path you might take if you woke up from a nightmare akin to the one Tompkins’s characters have survived.

I was at my local bookstore when I ran into an acquaintance who started regaling me with stories of his open and honest relationship with his 15-year-old son. “I am super lucky,” he said, as I gagged behind my mask and slowly backed into the self-help/parenting section. “There are no secrets in our house.”

For the better part of a year, I’ve been cooped up with three teenagers who constantly remind me how little I know — not just about their areas of expertise (politics, foreign affairs, public health, education, music, the environment, real estate and parenthood, to name a few), but also about some details of their lives. I am the mother of these teenagers and we share a not-very-big house, but their doors are frequently closed, in every sense of the word. I try to provide decent snacks and respect their privacy — to an extent.

JoAnne Tompkins’s nail-biting wallop of a debut novel, WHAT COMES AFTER (Riverhead, 432 pp., $28), presents a nightmare scenario where adolescent secrets mushroom out of control, with devastating consequences. It’s a cautionary tale, one that prompted me to ask a series of probing, unwelcome questions at the dinner table. But it’s also a powerful and inspiring reminder of how a close-knit community will rally around people in trouble, no matter their age.

The story begins with the deaths of two high school students — Daniel Balch and Jonah Geiger, who grew up as neighbors in Port Furlong, Wash., a woodsy fictional town perched on the banks of Puget Sound. A week into his senior year, Daniel disappears after football practice; eight days later, Jonah dies by suicide, leaving behind a note confessing to his friend’s murder.

“These are the facts,” observes Daniel’s father, Isaac, who is a high school biology teacher, a conflicted Quaker and the most assured of Tompkins’s narrators. “All they reveal is that the greatest mysteries lie in what we believe we already know.”

Then we meet Evangeline McKensey, a red-haired, pregnant 16-year-old with a connection to the dead boys. Abandoned by her drug-addicted mother, she makes her way to Isaac’s massive, half-renovated Victorian, knowing he’s rattling around in there by himself. (The Balches are divorced; aside from her appearance at his funeral, Daniel’s mother only appears in flashbacks.) Isaac welcomes Evangeline, offering her a plate of lasagna, a bed with a blue quilt and a box of his ex-wife’s clothes. He doesn’t ask a lot of questions, which might seem odd but … that’s Isaac.

“His core was fixed, like a steel stake that was driven through him, a rigidity that both anchored and pained him,” writes Tompkins, a former lawyer who displays an evenhandedness befitting her background.

Just as we think we’re going to ally ourselves with Isaac, we pivot to the other side of the fence, to the Geigers’ house. Jonah pipes up from beyond the grave, giving us a tour of the last day of his life and the difficult years leading up to it. We follow his mother, Lorrie, a quiet, long-suffering hero, as she works at a nursing home, ferries her daughter to school and finds time to drop off healthy salads for Evangeline (who says she is “practicing eating disgusting things for the baby”).

Slowly, the adults in “What Comes After” piece together the painful events that brought Evangeline into their lives. They lean into their blind spots as neighbors and as parents, facing an ugly truth about someone they trusted. And, of course, all the while Isaac and Lorrie wonder who is the father of Evangeline’s baby. They join forces to support her through a difficult pregnancy, but they rarely work in tandem. Will a child bring peace or divide them further? Will Evangeline be able to accept their help when she needs it the most?

Tompkins delivers a thoughtful, unexpectedly optimistic tale of people doing their best. The ending of “What Comes After” may not be 100 percent happy — how could it be? — but it has the feel of a beginning, which is exactly where most of us want to be right now.

What did you make of Isaac’s clearness committee? Did you find yourself searching “How can I become a Quaker?” or were you put off by the idea?

How realistic was Tompkins’s portrait of Evangeline’s experience of impending motherhood? What made her willing to accept such a major responsibility?

“My Absolute Darling,” by Gabriel Tallent. This novel about a near-feral child surviving abuse shares Tompkins’s approach of calibrating a treacherous story with flashes of natural beauty and human decency.

“We Need to Talk About Kevin,” by Lionel Shriver. Looking for a dark plot with zero silver lining? Start here. Through a series of (fictional) letters from a killer’s mother to her absent husband, Shriver shows a family unraveling and the slow, unrelenting march to the event that will tear them apart.