During the 1930s, the New York-based anthropologist Franz Boas grew increasingly worried about events in his native Germany. He was in his 70s, and close to retiring from Columbia University, where he taught his students to reject the junk science underpinning the country’s restrictive immigration laws, colonial expansion and Jim Crow. Born into a Jewish burgher family, Boas was horrified to see how the Nazis took inspiration from Americans’ pathbreaking work in eugenics and state-sanctioned bigotry. He started to put the word “race” in scare quotes, calling it a “dangerous fiction.”

Boas is at the center of Charles King’s “Gods of the Upper Air,” a group portrait of the anthropologist and his circle, who collectively attempted to chip away at entrenched notions of “us” and “them.” “This book is about women and men who found themselves on the front lines of the greatest moral battle of our time,” King writes, “the struggle to prove that — despite differences of skin color, gender, ability or custom — humanity is one undivided thing.”

A century ago, the prospect of a common humanity seemed radical to an American public that had been schooled in the inherent superiority of Western civilization. Boas and his disciples argued for pluralism and tolerance at a time when cross-cultural empathy was deemed not just threatening but almost unfathomable.

King’s elegant and kaleidoscopic book takes its title from Zora Neale Hurston, a student of Boas’s who contrasted the capacious perspective offered by the “gods of the upper air” with the cramped corner guarded by the “gods of the pigeonholes.” Conducting ethnographic research in the Caribbean, Hurston said that she planned to return to the United States with two books: “One for anthro. and one for the way I want to write it.” That second book became her lush novel about life around the Gulf Coast, “Their Eyes Were Watching God.”

Hurston, Ruth Benedict, Margaret Mead and Ella Cara Deloria are the other central figures in King’s book; like Boas, all of them came to see anthropology “not just as a science but also as a state of mind.” His ideas were particularly appealing to women who chafed at the patriarchal order. Men were constantly spouting specious and self-serving theories of what was natural; here was a man suggesting that those things might not be so natural after all. 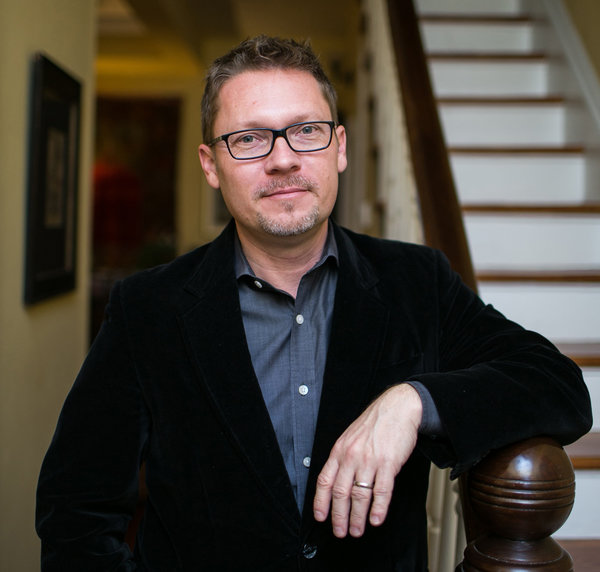 Boas became a pivotal figure in the discipline — though at first he was marginal, an itinerant scholar who had a hard time landing a secure position in the United States. For a while he held a curatorship at the relatively young American Museum of Natural History, but the museum was a creature of the establishment, hosting grand conferences on eugenics and showcasing displays on the “ill effects of racial interbreeding.” The then-dominant school of anthropology propped up a narrative tracing “the stages of human culture,” from “savagery” through to “barbarism” and finally to “civilization.” Mainstream scholars insisted that white supremacy was justified by head measurements and heel length.

Overturning this terrible science required more than fervent criticism. King, a professor at Georgetown and the author of several books about Eastern Europe and the former Soviet Union, describes how Boas tried to use the methods of physical anthropologists against them, deploying calipers and eye-color meters to show that the children of immigrants, born in the United States, had more in common with other American-born children than with the national groups represented by their parents. But Boas’s work in the field only accounted for part of his influence. It was mainly through his teaching at Columbia and his nurturing of a new generation of anthropologists that he changed how many Americans saw the world and, consequently, themselves.

King weaves in the stories of Hurston and Deloria, who used what they learned from Boas to study their own communities. Hurston’s “Mules and Men,” a book about African-American folklore, included an immersive account of her return to the Florida she left during the Great Migration, and her experience as not just an observer of the community but a participant in it. Deloria, who was born on the Yankton Indian Reservation in South Dakota, was a co-writer with Boas of “Dakota Grammar”; she worked on it for a decade, explaining to Boas the delicate process of deciding on the right gifts to coax candid talk from her informants. “To go at it like a white man, for me, an Indian,” she said, “is to throw up an immediate barrier between myself and my people.”

Mead and Benedict found a measure of freedom in their work. The thrice-married Mead, whose “Coming of Age in Samoa” argued that many assumptions about adolescence and sexuality were culturally contingent, had little patience for the monogamy that was expected of her; what a puritan culture wanted to call “deviancy” was, King writes, “a simple mismatch between her own temperament and the society into which she had been born.” Benedict, for her part, had been a depressed housewife before she became an anthropologist (and, for a time, Mead’s lover); she articulated the Boasian approach in her book “Patterns of Culture,” and gave its core idea a memorable name: “cultural relativity.”

King includes some of the more vexed aspects of this history, including Boas’s involvement in a sham funeral for an indigenous Greenlander whose cadaver had been secretly harvested in the name of scientific research. “Boas’s ideas,” King writes, “were often ahead of his practice.” Not to mention that social science is, well, an inexact science. The honest observer was bound to realize “how hard it was to pin down anything at all about someone else’s culture.”

This looks to be the perfect moment for King’s resolutely humane book, even if the United States of the early 20th century isn’t quite the perfect mirror. Boas and his circle confronted a bigotry that was scientifically endorsed at the time, and they dismantled it by showing it wasn’t scientific at all; today’s nativists and racists generally don’t even pretend to a scientific respectability, resorting instead to a warped version of cultural relativism for fuel in their culture war.

But what Boas advised wasn’t so much a program as a disposition — an openness toward others and a scrutiny of oneself. As King writes, “The most enduring prejudices are the comfortable ones, those hidden up close.”

Gods of the Upper Air
How a Circle of Renegade Anthropologists Reinvented Race, Sex, and Gender in the Twentieth Century
By Charles King
Illustrated. 431 pages. Doubleday. $30.