Home » Books » Gary Shteyngart’s Pandemic Novel Is His Finest Yet 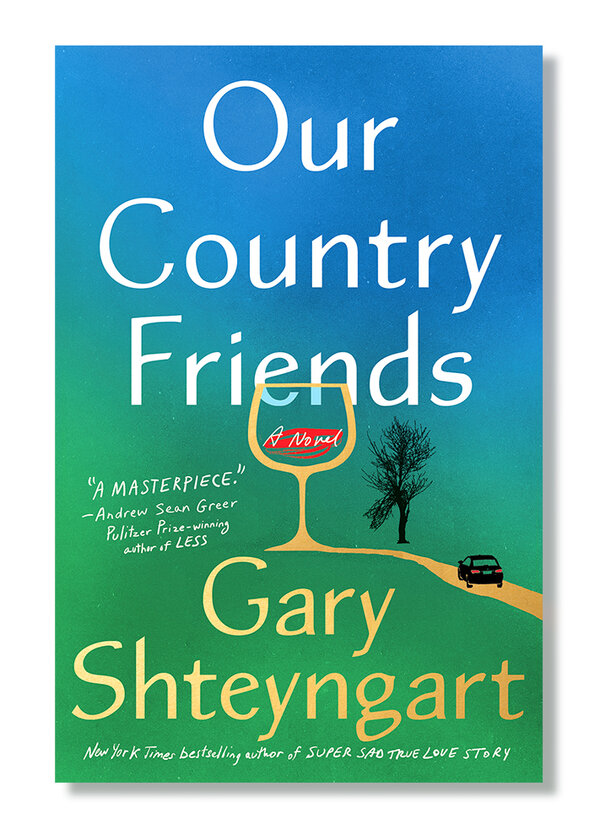 It’s impossible to read Chekhov without adopting his verbs. After an afternoon with “The Portable Chekhov” (which, at 640 pages, is not portable unless you have the hands of Manute Bol), I was suddenly “fetching” the groceries and “toiling” at my work and “heaving a sigh” at the sight of a clogged shower drain which I subsequently “troubled” to unclog.

Chekhov’s stories “have an atmosphere as distinct as an odor,” as the translator Avrahm Yarmolinsky put it, and the same is true of the work of Gary Shteyngart, a writer comparably superb at demonstrating absurdity and generating pathos. In Shteyngart’s case I would characterize the signature odor as tangy, briny and instantly appetizing. His books should come with a free bag of salt and vinegar potato chips.

“Our Country Friends,” the author’s fifth novel, is his finest. It begins at the onset of the pandemic, with seven friends and one nemesis gathered at an estate in the Hudson Valley to wait out what they’re sure will be a quick blip in their convenient and prosperous lives. The estate is bordered by meadows and a sheep farm and a forest overrun by scampering animals. Forsythia perfumes the air. Tree frogs croon.

Sasha Senderovsky is the owner of the property. He is a writer past his prime who battles groundhogs and other rural villains while freaking out over his dwindling career and funds. His wife is Masha, a psychiatrist who functions as the Spanx of the family: a soft but unyielding armature holding them all together. Their 8-year-old child is Nat, who worships the Korean boy band BTS and is undergoing an identity crisis. The visiting friends include a tech C.E.O., a hot young essayist, a sickly high school buddy and a globe-trotting gourmand. The nemesis is a celebrity known only as the Actor, who has come to work with Sasha on a script.

[ Read our profile of Gary Shteyngart. ]

The country house has been arranged in congruence with one of Sasha’s fondest childhood memories, when he vacationed at a colony of bungalows catering to Russian immigrants like him. At his own estate, pebbled paths connect simple cottages in the manner of a “tidy European village, the kind that would have never welcomed his ancestors.” These cottages are arranged alongside a main house with a cedar porch where the guests feast on “dirigible-shaped Greek olives” and cheeses aromatic enough to inspire “memories that had never happened.”

The Inexorable Rise of Angela Merkel