Home » Books » From invisible to invaluable: How middle-aged women can reclaim their power 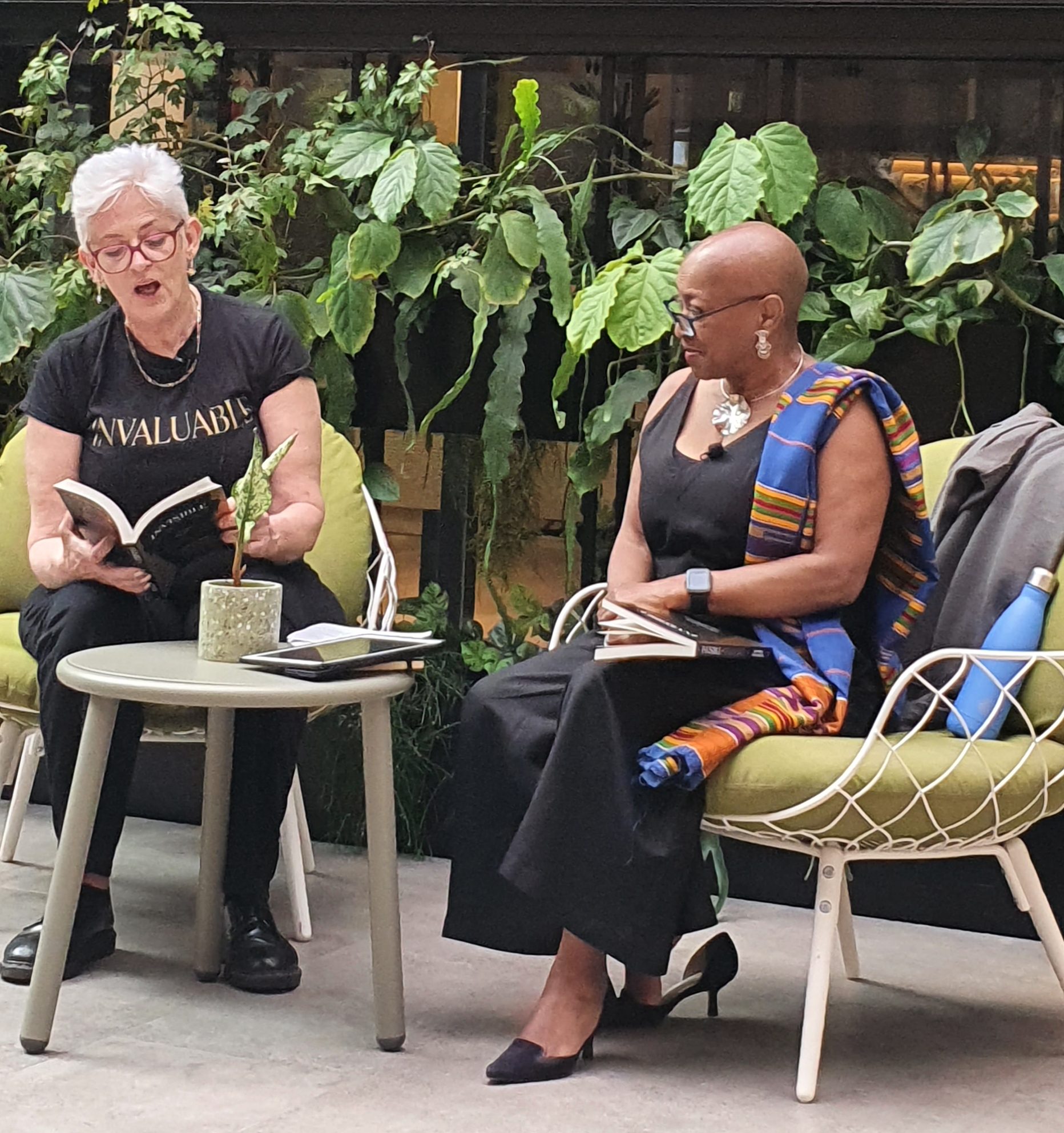 Most of the time, as men get older, they gain more power and status within society.

Take a look at almost any boardroom, at any company company or institution, and you will find that those who hold the powerful positions are overwhelmingly middle-aged men.

But the same can’t be said for women. In fact, some argue that professional women in mid-life are even rendered invisible, just as they reach the peak of their experience and confidence.

Successful advertising executive Jane Evans and talented screenwriter Carol Russell have written a new book on the ageism that they say sidelines women when they reach middle-age, and they’re now encouraging older women to reclaim their power.

Their book – Invisible to Invaluable – paints a picture of a world where mid-life women are valued, supported and celebrated. They say it is a manifesto for a world where older women can become masters of the startup world, and have an active voice in in all aspects of business and society.

Jane and Carol aim to show how there is a huge and vital period of time – between ‘young’ and ‘old’ – that can be the best time of a woman’s lives.

‘We are simply not depicted in the media,’ Jane tells Metro.co.uk.

‘If they do show older women, we are shown with silver hair or an image of Helen Mirren – who is 75. This is slowly changing, marketers and advertisers are waking up to the power of this demographic (women 45+ buy 50.3% of everything), but they’re basing the majority of their communications on the only thing they know about us – menopause.

‘They seem to think that this biological life stage is all there is to us, and we are in danger of creating a stereotype of hot, sweaty, mad women.’

Jane says the ‘Uninvisibility Project’ is dedicated to creating a new social narrative for mid-life women, starting by showing who they really are, what they are capable of and creating stories of middle age as something to look forward to – not fear.

‘In my experience, there is a feeling we shouldn’t have dreams or goals and should move over for younger people,’ says Carol.

‘As a woman of African descent, these beliefs are limiting and damaging, because so few of us have had the opportunity to pursue our dreams. And those of us who were able to, were always fighting against systemic racism as well as sexism.’

Jane explains that women of her age are the first generation expected to live until their 90s. This means there is now an untapped wealth of potential that exists in the middle of a woman’s life that wasn’t really there before.

‘We are the first generation of women who had equal opportunities legislation who joined the workforce en masse,’ says Jane. ‘We are the most educated, experienced, healthy and powerful women the world has ever seen but society has not caught up with us.

‘The old narrative that a woman had no further use after her fertility is over has been in existence for thousands of years and it’s no longer true.’

Carol says that over the last decade she found it difficult to find work as a screenwriter. All the series ideas she created around Black families and Black professionals were rejected, unless she was willing to have a criminal element as part of the show.

‘My series ideas with Black mid-life women – and I’m talking in the 45 to 50 age range – were completely rejected,’ she says.

‘I was even told by one executive that there was no interest in us in “Middle England”.

‘I didn’t believe this was true. There are so many families in that “Middle England” group who now have racially mixed grandchildren, and therefore have relationships with ethnically diverse people.’

Carol says she remembers watching the Gogglebox families react to the story of a British-Jamaican mid-life woman who had lost one of her sons to knife crime. It was a moment that stuck with her, and showed her the potential of the stories she wants to tell.

‘Her only surviving child had also been attacked and the families on Gogglebox were beside themselves with compassion, as she waited for news on whether he would survive,’ Carol explains.

‘This British-Jamaican woman had slipped into their hearts. I realised I was best placed to tell the kinds of stories that show the lives of Black women are universal, and resonate with the lives of our white sisters.

‘That was one of the drivers that kept me pushing at what felt like closed doors. Now those doors are opening.’

In their book, Carol and Jane are encouraging everyone to think differently about women in mid-life. But most importantly, they want women to challenge how they feel about themselves, and how they see their own potential.

‘When women reach the end of their childbearing years, society has been taught to think of us as past our sell-by date and therefore past our usefulness to wider society,’ says Carol.

‘It’s something that happens to women way earlier than it does to men. We live in a society that has, for the past 50 years, valued youth over experience.

‘One of the reasons why, is because with age comes confidence and a “BS” radar we mid-life women are happy to use. We’re the generation that has to call “BS” on what’s happening to us.’

Confidence tips for women in mid-life

‘We become invisible when we deny our own existence,’ says Jane. ‘Join together with your sisters and shout from the rooftops.’

‘When they see how powerful this time is they start looking forward to it and become great allies,’ Jane adds. ‘After all, it’s their future we’re building.’

‘I have friends 10 years older than I am, and 20 years younger,’ adds Carol. ‘The older ones have given me the strength to persevere, even when it looked like I would sink without trace. And here I am now, realising dreams I had almost given up on.’

‘Use your BS radar and when you see younger women being gaslit, share your wisdom with them,’ Carol suggests.

‘They may not follow your advice at first, but they do in the end. I know I did and it has made a huge difference in my life.

‘Whether in our private or professional lives, our togetherness makes us formidable.’

Jane adds: ‘Use the greatest gift of mid-life – zero f**ks left to give. Life experience removes fear, we’re no longer afraid of what people think of us and when we argue rationally, we can’t be argued with!

‘Lead by example, be vivacious, energetic, confident and strident.’

Invisible to Invaluable: Unleashing the Power of Midlife Women, by Jane Evans and Carol Russell, is out now.