THE WORLD DOESN’T REQUIRE YOU
Stories
By Rion Amilcar Scott

“God is from Cross River, everyone knows that. He was tall, lanky; wore dirty brown clothes and walked with a limp he tried to disguise as a bop.” And with this most irreverent of openings, Rion Amilcar Scott proves himself an impressive myth-slayer and fable-maker.

Set in the fictional community of Cross River, Md., this story, “David Sherman, the Last Son of God,” is about a son’s disappointment in his father, a preacher who’s had 13 children by five different women and eventually commits suicide when David is 16. After failing to find comfort for his grief or a steady gig in his brother’s church, David, a guitar prodigy, goes on a frantic, deadly search for the rhythm of Cross River.

David’s obsession is a harbinger for the rest of the collection. Stories like “Slim in Hell” pick up with the teenager’s adult transformation into “Dave the Deity,” now in anguish after watching his own temple burn at the hands of the Kid, a musician he’s long since expelled from his band because his “popular and catchy” songs “spread a poison, eroding the souls of his fans.” Slim, the temple’s piano player, is so haunted by the Kid’s disembodied face that he sets fire to the arsonist’s wild lair, while failing to recognize the hypocrisy of his crime. But this, of course, is partly the point: Scott casts most of his characters — mainly black and male — as misguided, paranoid and with a revolutionary flair.

That is not to say these characters are wrong. “The World Doesn’t Require You” reminds us that having to fight racism has a strange way of distorting everything one touches. Scott first explored such sentiments in his 2016 debut collection, “Insurrections,” which established Cross River as a predominantly black community founded in 1807 following the only successful slave revolt in the nation’s history. In the closing story, “Three Insurrections,” a fatherless son keeps the rebellious fantasy of Cross River alive for a new generation. 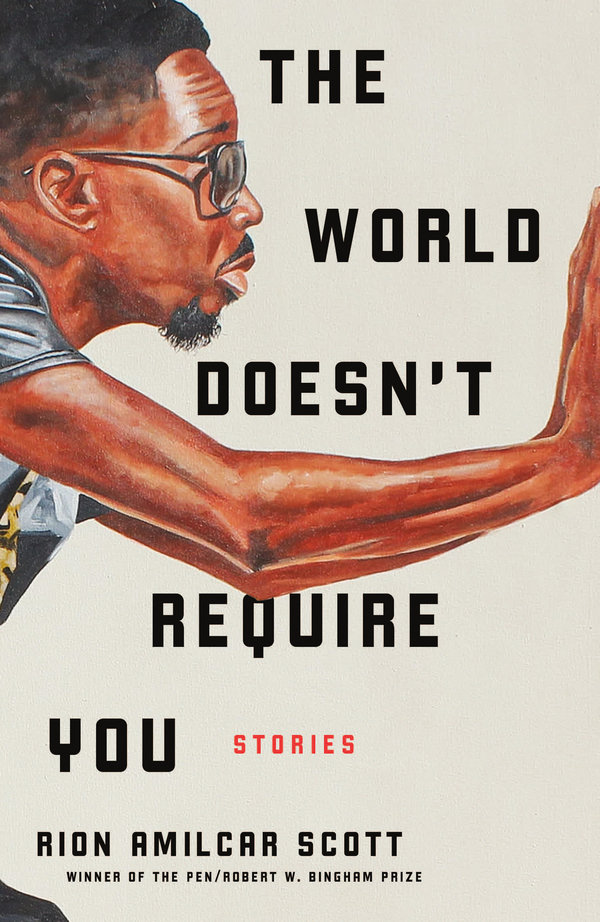 Scott has said that “in my fiction I’m attempting to write about blackness in the varied and multitudinous ways that I’ve experienced it.” But simply sidelining white racist characters, as both of his collections do, doesn’t erase the lingering effects of slavery. In the new book, two jarring stories, “The Electric Joy of Service” and “Mercury in Retrograde,” feature futuristic robot slaves “designed … to look like the grossest blackface caricature.” Their very presence in this society reaffirms the failure of Cross River, a place strictly divided along class lines, to live up to its black utopian founding.

Scott cleverly dismantles the conventions of the novella itself by incorporating into the narrative email exchanges, syllabuses, term papers, dream sequences, manifestoes, PowerPoint presentations and eerie photographs of black male plastic dolls. It is a dizzying collage of tones and styles that Scott pulls together with mastery and confidence.

Chambers’s sudden resolution with his wife, following a female student’s forceful repudiation of his misogyny (and that of the poet he teaches), is one of the book’s few stumbles. Unlike the female protagonists in “Insurrections,” the women in this book are primarily sirens, seducing the men of Cross River either to self-discovery or to their drowning deaths.

“With Cross River I want to create something weird and elliptical and black,” Scott has said. With two books under his belt, Scott seems to have barely skimmed the surface of the many more characters and conflicts he could explore in Cross River.

Salamishah Tillet, a professor of African-American studies and creative writing at Rutgers University, is working on two memoirs, “In Search of ‘The Color Purple’” and “All the Rage.”

How POSH is your nosh? What you eat still defines your class