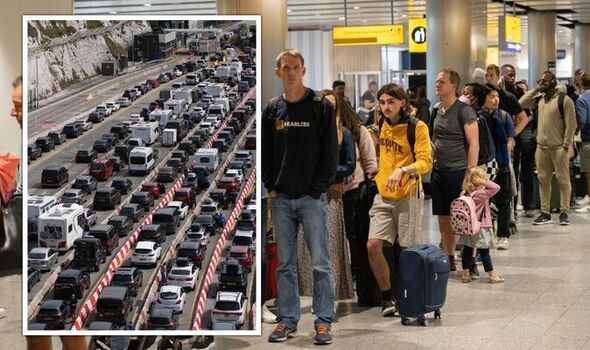 Of all the things we learned during the pandemic, perhaps the least surprising was just how orderly we British really are. The most profound peacetime changes to our daily routines occurred with barely a whisper of protest.

Radical new rules were introduced, including lockdown, which the vast majority of us obeyed. And while Covid was unusual, you only have to consider other areas of our lives over the past half-century to realise that this willingness to abide with basic social expectations, was not.

Perhaps the most striking example of our everyday orderliness is the queue.

Waiting in line and taking our turn has long been perceived as one of our most valuable – and, to foreigners, eccentric – national characteristics. A 2008 poll suggested the three most typical British traits were “talking about the weather,” “sarcasm”, and being “great at queuing”.

Given current airport chaos, long waits at Dover and staff shortages in service industries, one might suggest it’s lucky we think of ourselves as a nation of queuers.

But before we get too carried away, it is not that people don’t stand in line elsewhere – of course they do – merely that queuing is thought to be particularly visible and frequent on these Isles. It is not as if anyone enjoys queuing, but we put up with them because we associate them with fairness: first come, first served. But when and how did we come to believe this?

The link was cemented around the time of the Second World War. This was a time of shortages and privation. When the Ministry of Food introduced ration books and coupons in 1940, queuing for limited goods such as sugar, bacon, cheese, eggs and tea became an everyday experience – for women at least. 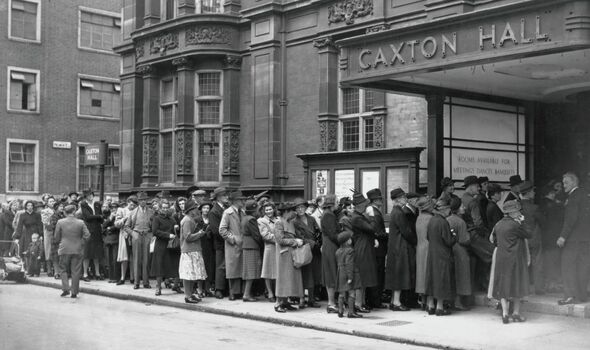 Moreover, this was now part of the war effort, all in it together. Increasingly, putting up with queuing became yet another illustration of the British stiff upper lip.

Though the end of the war brought hopes of a brighter future, there was no immediate end to rationing.As if this was not bad enough, bread and flour, which had not been rationed in wartime, soon were subject to new restrictions.

The backlash was swift. Now in opposition, the former wartime PM Winston

Churchill used these new controls and the apparent proliferation of queuing as evidence for his argument of the failures of the post-war Labour government.

His success further cemented the idea that we were a nation that queued. The Conservatives continued to use the queue as a negative symbol throughout the fifties.

They revived it in 1979, in one of the most famous political attack adverts of all time: the Saatchi-designed campaign poster that featured lengthy unemployment queues under the strapline “Labour isn’t Working”.

Queues are also symbols of the way we do things, and are organised, well beyond the world of politics. They are little social systems with their own rules and expectations; rules which often change over time.

Take shopping for example. Huge effort has gone into changing the experience of queuing in shops, not least in supermarkets.

Waiting in line at a counter was gradually replaced by self-service and checkouts. The focus, as much as possible, was on reducing queuing time.

In addition to speeding matters up, innovations such as softer, “more restful” lighting and the placing of promotional and advertising materials are used to try to distract or otherwise engage the shopper in the queue.

Ever wondered why baggage reclaim is always such a long way from the plane when you get off?

Well, it’s not just that airports are large. In some cases it’s simply a way of getting you to use up the time that it takes to get your luggage off the plane.

Psychologists have worked out that you’re happier walking towards your suitcases than you are hanging around waiting for them.

Our traditional image of the queue is something that was broadly democratic. It was generally voluntary, almost spontaneous, and was about fairness for all. Now, in many areas of our lives, queues are externally and minutely managed. The science of queuing is big business and the evidence is all around us.

Gone are multiple queues and the agony of guessing which will be quickest.

Now we have “single queue systems”, all organised by queue tape, leading to “call forward systems” (“cashier number five please”). And that’s if there is a cashier. Increasingly, shopping is not just self-service but self-checkout.

All of this is about instilling what is termed “queue discipline”. 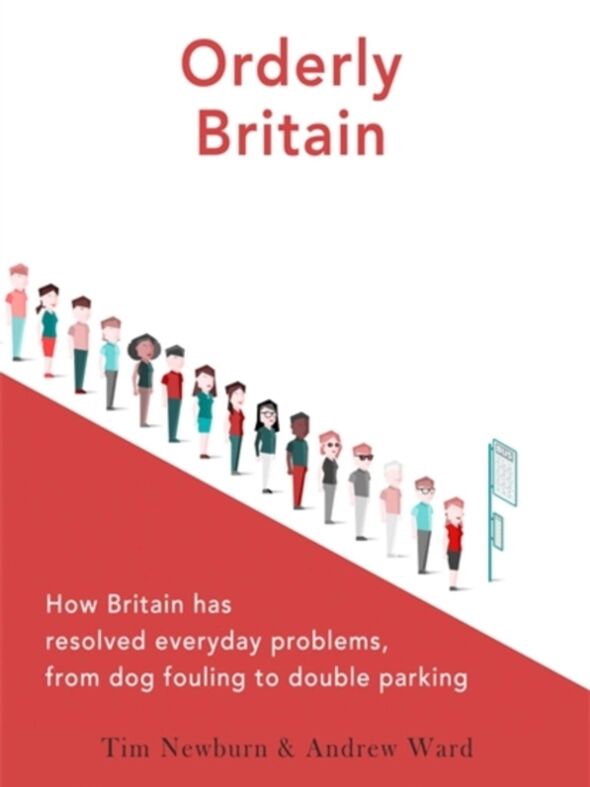 The purpose, naturally, is increased throughput and profit-maximisation. Reduce the number of staff and persuade you to do the work. Now, you’re not just the shopper, you’re the checkout person and the bagger. This is what industry calls turning “queue flow into cash flow”.

And if this is not enough, and you’re really averse to queuing, everywhere from theme parks to airports you can now pay to speed things up.

Priority queuing, or to give it its formal name, “multilevel queuing”, pioneered by low-cost airlines as a way of extracting more cash from passengers, has produced another new set of revenue streams.

Queues may once have been described as fairness management systems, but “first come, first served” now comes with its own small print.