Elton John has rubbed shoulders with many members of the royal family, and remains friends with the likes of Prince Harry and Prince William today. Yet John was incredibly close to their mother, the late Princess Diana. The pair met at one of many parties the singer attended following to his move to the Surrey/Windsor area, bumping into all manner of royals along his way.

In one particularly gripping story in his new book Me, John shared the events of one evening when he watched major Hollywood actors Richard Gere and Sylvester Stallone nearly come to blows over the beguiling royal.

The singer referred to the “Diana Effect” on men before sharing the tale.

The Pretty Woman and Rocky stars both apparently became transfixed by the Princess, and then when they realised they had serious competition nearly fought.

Luckily another person managed to pull the pair apart before things could escalate, and Gere was the one left to talk to Diana as Stallone stormed off. 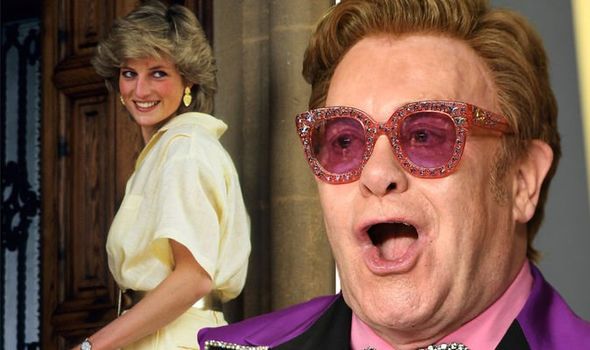 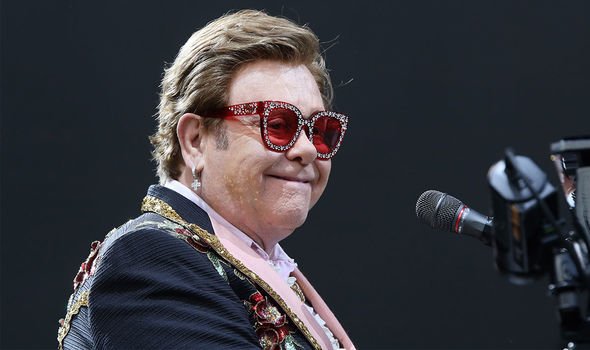 Recalling the actor’s anger over the situation, John continued: “[He said] I never would have come if I’d known Prince f*****’ Charming was gonna be here.

“She could bring Hollywood superstars to the verge of a punch-up over her attentions at a dinner party.

“Like a couple of love-struck teenager idiots,” John wrote. 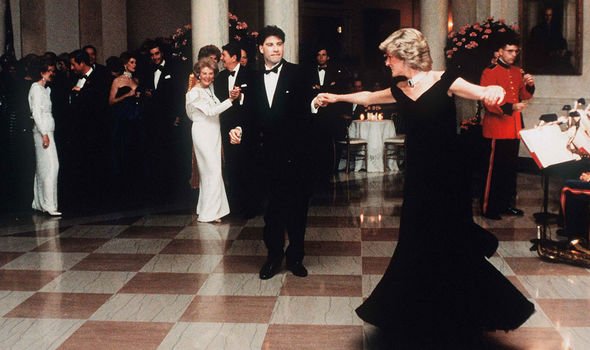 Among the amusing stories, John couldn’t shy away from talking about Diana’s wonderful grip on the nation, and her subsequent heartbreaking death.

“She was blessed with an incredible social ease, an ability to talk to anybody, to make herself seem ordinary,” he said.

John was asked to sing a tribute to the Princess at her funeral in 1997, and he delivered a new version of the hit song Candle in the Wind.

But despite that, the song achieved international success, and sat at the number one spot on the Billboard Hot 100 for a sensational 14 weeks.

“Why would anyone want to listen to it?” John wrote, puzzled.

“It seemed unhealthy to me: morbid and unnatural. I really didn’t think it was what Diana would have wanted.”

The singer also had an incredible encounter with Queen Elizabeth II, and shared a side of her not many get to see.

“In private, she could be hilarious,” he joked.

John then went on to recall how at Prince Andrew’s 21st birthday party at Windsor Castle, he witnessed the monarch reprimand the Viscount Linley.

The issue was a family one, and he response was a clear show of the Queen’s confidence and humour.

“The Queen lightly slapped him across the face,” John wrote in his book. “Saying ‘Don’t argue with me I am THE QUEEN!’”

To add to the tale, John added that when the Queen saw him watching, she gave him a wink before walking away.

The Marshall Plan, Netflix and Other Letters to the Editor