THE MOVES THAT MATTER

Grandmaster chess is associated in the public’s mind with disproportionate levels of eccentricity, or even insanity.

This is a statistically invalid cliché created by journalists who don’t have a passion for the game themselves and therefore can’t understand why others would devote their lives to it.

But here’s something much more interesting: a book by a grandmaster that suggests it may only have been chess that saved him from madness.

The Moves That Matter is a remarkably self-revealing work by Dr Jonathan Rowson, who attempts to use the 1,500-year-old game of 64 squares as a metaphor for life, love, death — the whole human condition, in other words.

I knew that Rowson, a three-time British Champion, and the strongest-ever Scottish player, had been diagnosed with type 1 diabetes at age six and defied the effects of this debilitating condition to rise to 139th in the world at his peak 15 years ago. 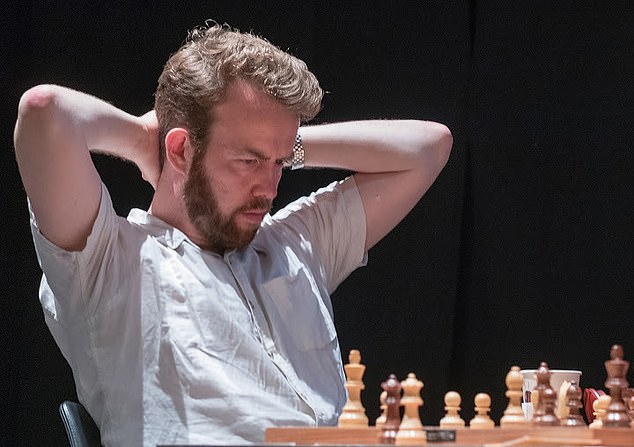 Dr Jonathan Rowson (pictured) attempts to use the 1,500-year-old game of 64 squares as a metaphor for life, love, death in his new book

What I didn’t know was that insanity had gripped his family in its terrifying tentacles when he was a child.

Or, as he puts it: ‘Building my life around chess as a bewildered ten-year-old gave me a way to postpone confronting the reality that my father had something called schizophrenia and that my family had gradually fallen apart.’

It got worse: at the funeral of his grandfather, with whom he had been living, he sees his brother Mark is also becoming completely detached from reality: ‘At some point, Mark, my former chess idol among other things, was sectioned under the Mental Health Act.’

There is a desperate scene in which he attempts to help his brother escape from the psychiatric ward, but they are immediately apprehended by the police.

Amid this trauma, writes Rowson: ‘Chess was always there in the way a listening friend is always there . . . I couldn’t discuss my emotions with the game, but I could channel them without harming anyone or being harmed.

I feel lucky to have escaped mental illness, to have lived a full life.’

Rowson is not arguing that chess alone gave him that ‘full life’.

He came to realise he did not have what it took to get to the top and, in any case, he had another passion, for philosophy (he has degrees from Oxford, Bristol and Harvard, going on to run the Social Brain Centre at the Royal Society of Arts).

He also found love. Marriage and more particularly children got in the way of the monk-like dedication, which, he feels, is required if a grandmaster is not to fall further and further behind more single-minded competitors.

But he credits chess with giving him the mental framework for taking on those more worldly challenges: ‘Chess achievement gave me intellectual confidence that I might otherwise not have had.

‘More precisely, it gave a wayward 12-year-old the will to heal and grow through autonomy and mastery.’

Rowson clearly thinks his personal experiences have wider application, and sees the intense concentration and self-improvement demanded of chess-players as invaluable tools to strengthen society more generally: ‘The game is a gateway to a form of perception that can help us reimagine the world and our place in it.’

I don’t see it, myself; but then, Rowson has a somewhat mystical cast of mind — he is an avid practitioner of transcendental meditation.

For me, at least, part of the attraction of chess is that it is entirely abstract, hermetically isolated from the moral challenges and imperfections of human society. 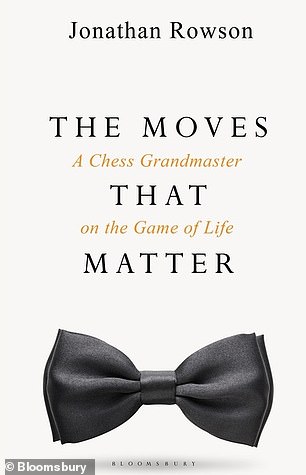 THE MOVES THAT MATTER by Jonathan Rowson (Bloomsbury £20, 352pp)

However, Rowson is on to something when he notes that in a world characterised by mutual incomprehension on the part of ideological opponents, more people could do with the essential chess skill of trying to see the board from the other point of view: ‘One quality of mind I am sure chess cultivates is a capacity to see both (or more) sides of an argument.’

But — and this distinction Rowson slightly skates over — political views are rooted in emotional and cultural attitudes, whereas disagreements over the chessboard are not just entirely distinct from our political prejudices: they are akin to scientific debate, in which the matter can be settled definitively by objective analysis.

This is serious stuff, but Rowson, being an aspirant ‘new man’ with a working wife, comes up with a novel chess/life analogy that made me laugh. Or, as he puts it: ‘My chess experience proved surprisingly useful in my new role as nappy-changer-in-chief.’

Rowson gives ten rules, based on the principles of countless chess manuals.

For example: ‘Preparation: it is crucial to have some background knowledge of the ‘opponent’, not only from sensory feedback around the relevant area, but also by considering recent feeding activities . . .

That glimpse of domestic normality does more than offer a brief flash of humour in an otherwise profound work: it also provides a heart-warming contrast with the childhood experience of family psychosis at the outset of this most unusual part memoir, part guide to living.

A Graphic Novel About Love and Acrobats — From 1930