WALKING ON THE CEILING
By Aysegul Savas 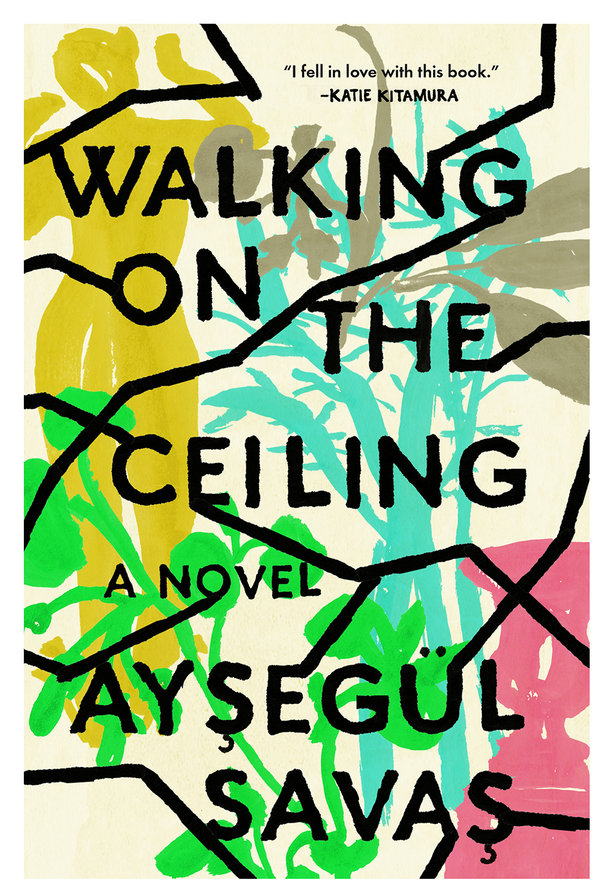 Nurunisa, the narrator of this beguiling little novel, likes to walk: through Istanbul and Paris, through her past and, in her imagination, on the ceiling, that “flat, white expanse, entirely removed from the jagged world on the opposite pole where people lived in shadows, weighed down by troubles.” Indeed, going out for a stroll is the activity that most resembles the reading of Savas’s book — the way people and places are observed in passing, captured in short discrete word photographs that form a sweet, sad meditative ramble.

Nurunisa grew up in Istanbul, the daughter of a would-be poet father, who died when she was young, and an unhappy mother. She moves abroad, to London for college and, later, after the death of her mother, to Paris, where she strikes up a friendship with an older man, an Anglophone novelist, referred to only as M. As foreigners together, they wander the city talking and later exchanging emails about everything from food to birds’ nests to grumpy shopkeepers to writing and even a standard measuring stick.

But, like her mother, Nurunisa is someone who “gets antsy if she stays in one place” — or with one person — so she ends the friendship and returns to Istanbul. It’s from there that she’s taking this inventory of her life as a bulwark against the relentlessness of change, worrying “about everything that will disappear unless I record it,” even as she recognizes the futility of the effort.

THE SEVEN OR EIGHT DEATHS OF STELLA FORTUNA
By Juliet Grames 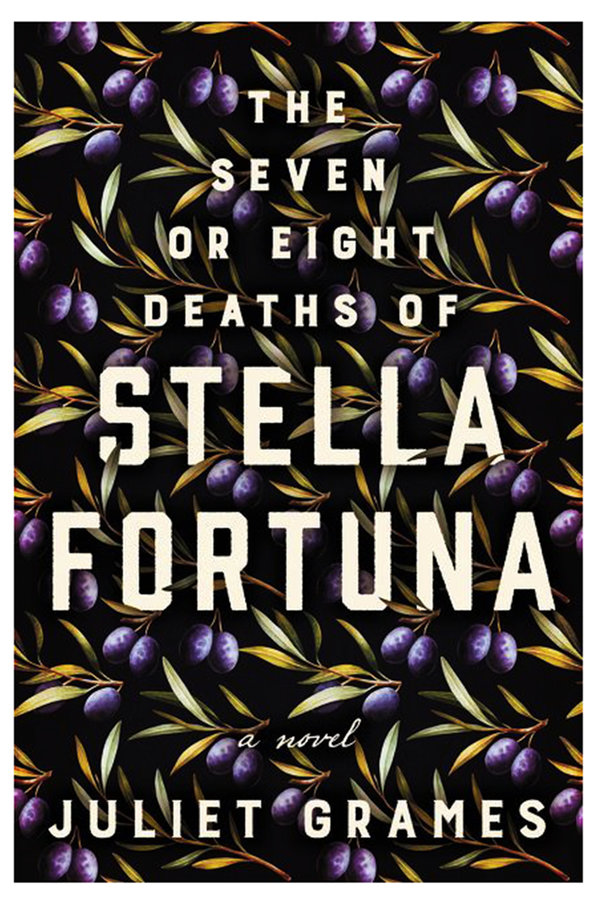 The author’s grandmother inspired this meaty family saga set in Calabria and Connecticut, crossing two centuries and five generations. The Stella Fortuna of the title was born in a mountainous Italian village early in 1920 to a tough, resourceful woman and a largely absent father who left for America barely a month after his daughter’s arrival.

While men are certainly not the focus of this spacious story, they have an outsize influence as tyrannical husbands and fathers bent on controlling the lives of their wives and daughters. Despite her own emigration to the United States, at age 19, Stella — who is deeply scarred by childhood sexual abuse — can’t escape the power of men. But, oh, how she struggles mightily to do so. “Pretty and sharp — quick, clever and hardheaded, capotost, the most stubborn and willful little girl anyone had ever seen,” she grows into a young woman for whom marriage is not “a prize to be won” but “a sentence to be endured.”

And Stella endures it all, for even if independence is denied her, she is, as the title suggests, a survivor: of husbands, fathers, poverty, war and seven (or eight) near-death experiences. In conjuring this absorbing life, Grames has created a satisfying doorstop of a book, rich in detail, tightly written and delightfully easy to get lost in.

ALL THE GOOD THINGS
By Clare Fisher 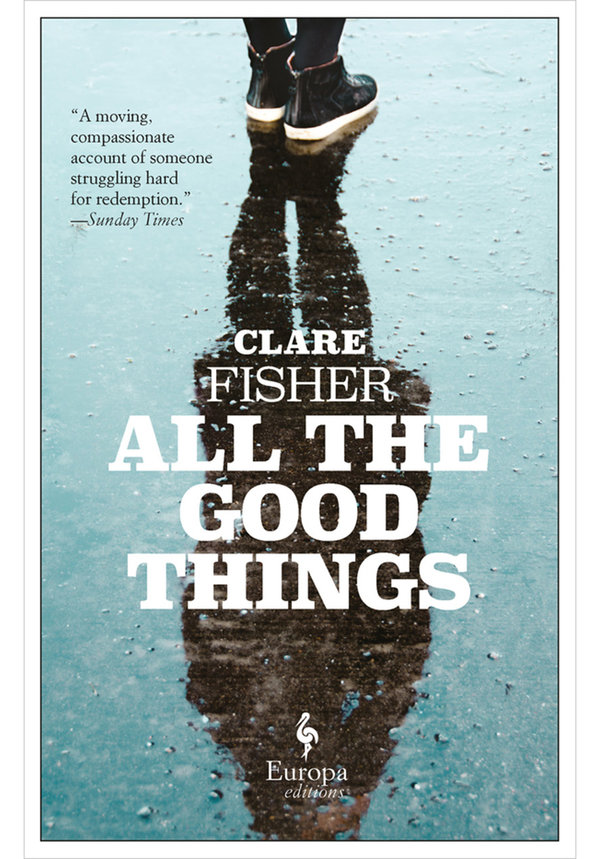 Three weeks into her jail term, 21-year-old Bethany sets out to write down all the good things about her life — things that might help her survive the “100% TM certified bad thing” she did that landed her behind bars in a Sussex women’s prison. Bethany’s subsequent list gives Fisher’s book its structure and chapter headings, among them “Smelling a baby’s head right into your heart,” “Flirting on Orange Wednesday” and “Running as fast as the Thames flows.” From their telling, the story of Bethany’s troubled life emerges: a mysteriously absent mother, foster care, problems at school, dead-end jobs, debt, culminating in single-motherhood after an affair with a married man.

Looming over it all is the mystery of just what this “100% TM certified bad thing” could possibly be. This is the lure intended to lead the reader on, but it feels manipulative, particularly after the fact, when the author’s false leads are exposed. Bethany can be winning and clever, but she’s ultimately an unconvincing character, one minute well read and “a bright girl,” with “real talent,” the next childlike and naïve, speaking in Hallmark slogans. “Hugs shut out your fears for longer than they last,” she writes as part of Good Thing No. 16, and “Drinking tea and eating Cadbury’s mini-rolls even when you’re not thirsty or hungry will fill you from head to toe.”

“All the Good Things” wants to be a redemption story, but it’s laced with too much saccharin to succeed.

HOW WE DISAPPEARED
By Jing-Jing Lee 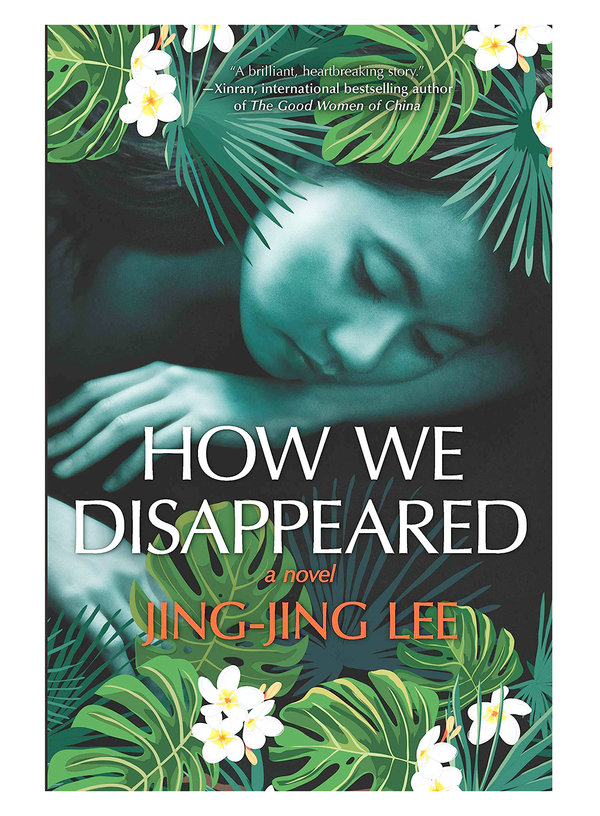 The name given to the protagonist of this traumatic story sets the tone for what’s to come: “Wang Di — to hope for a brother.” Wang Di’s is a Chinese immigrant family in Singapore in the years before World War II, her birth a disappointment, her life circumscribed by poverty and sexist tradition. In the best of times, a matchmaker might find her a decent husband with whom she can raise a family of sons, but these are the worst of times, and, before any match can be made, the Japanese Imperial Army takes Singapore and 17-year-old Wang Di is kidnapped to work as a “comfort woman,” the chilling euphemism for a sexual slave.

It’s a challenging story to tell, and, as if to mitigate the horrors, Lee weaves two contemporary narratives through it, each harboring its own mystery waiting to be solved. At first, the quickly shifting timelines and characters are distracting: There’s Wang Di, then and now, and Kevin, a 12-year-old boy in modern-day Singapore trying to make sense of a deathbed confession by his grandmother. His quotidian tribulations seem trivial in the face of Wang Di’s torment, which Lee describes with necessary delicacy. “Things were done to me,” Wang Di recalls, “that I would never speak about, could only deal with by believing that it was happening to someone else — ‘Fujiko,’ my changeling.”

As anticipated, the three narratives converge at the end, with some secrets revealed and some kept hidden, laying bare the long reach of the damage caused by war.

Alison McCulloch is a New Zealand journalist and writer.

Peter Manso, Biographer of Brando and Mailer, Dies at 80

New in Paperback: ‘Why We Swim’ and ‘The End of October’