Home » Books » David Storey memoirs reveal trauma of a man: Too clever to be happy

Playwright David Storey was so tormented by his own intelligence he took up rugby just to prove he was no coward — then wrote his best known work in the lavatory. Now his memoirs reveal the trauma of a man: Too clever to be happy

Yes, it’s grim up north — the playwright and novelist David Storey, best known for This Sporting Life, leaves us in absolutely no doubt of that.

In these searing memoirs, selected and edited under family direction from material left after his death in 2017, Storey dwells on the coal mines, slag heaps, smoke, steam and soot; the ‘slopes of ashy, industrial dereliction’ to be found in the West Riding of Yorkshire.

Storey, born in 1933, pungently evokes the darkness and dankness of his home town, Wakefield: the ‘waste ground broken by pools of stagnant water’, the collapsing horsehair sofas, rats as big as dogs and old blokes with bowed legs from rickets. 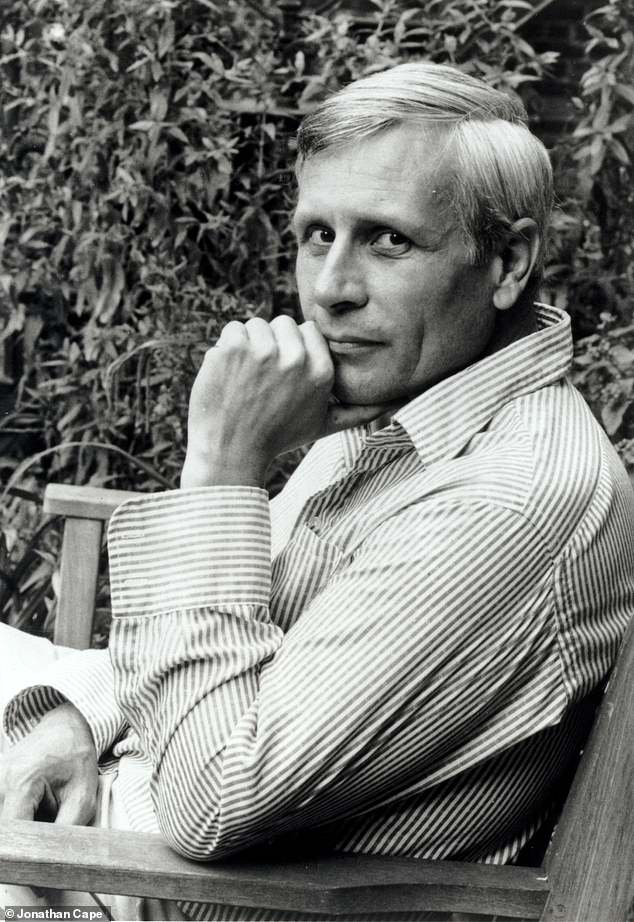 This grime-encrusted, desperate world, we quickly realise, is inside Storey, too. He has a stubborn unwillingness to be happy, finding ‘crippling terrors’ everywhere he looks — even Paris. Winning a scholarship to France, he immediately goes down with shingles. ‘The pain removed the air from my lungs. A band of flame encircled my body,’ when he went near the Louvre.

The Mediterranean brings on septic eczema. Rome and Florence were ‘merely another scene of urban dereliction, indistinguishable from Bradford, Leeds and Birmingham’.

I don’t generally sense this myself, when sitting outside my Italian house with a big glass of wine, and I’m from Bedwas in South Wales.

Storey was a man filled with self‑disgust and guilt about being clever, which he thought set him at odds with his working- class background.

He passed the 11-plus at nine and went to grammar school, then art college. But ‘the more successful I became, the more ill I felt’.

Storey feared that painting and producing novels impugned his masculinity. So, to prove to himself he was no coward, in 1952 he became a professional rugby league player, signing up with Leeds at Headingley — two evenings training a week, plus 30 Saturday matches a year, playing on snow-covered pitches with glass shards and cinder protruding through the mud.

It sounds brutally sadomasochistic: ‘A fist would avert a player’s forward momentum more efficaciously than a legitimate tackle.’

What Storey (brilliantly) describes is total thuggishness, ‘stag-like confrontations’, which were ‘austere and remorselessly physical’. 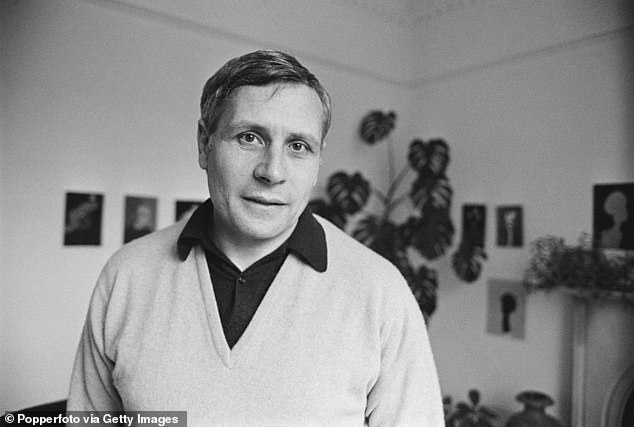 Storey (pictured) was a man filled with self‑disgust and guilt about being clever, which he thought set him at odds with his working-class background

And all this was happening at the same time as he won a coveted place at the Slade School of Fine Art. ‘Don’t expect us to pay for it,’ was his mother’s reaction.

Storey’s ‘monochromatic use of colour and textured paint’ meant his canvases looked like things done down a coal mine. Little sold, so upon graduation he taught at rough East End schools where pupils ran riot and fights broke out. ‘The previous teacher was taken to a lunatic asylum,’ says Storey, who kept order by beating up the ringleaders.

Meanwhile, he wrote a novel on the lavatory, ‘because there was no other place of privacy in the house’. This is what became the fundamentally autobiographical This Sporting Life, published in 1961 and later adapted as a classic film by Lindsay Anderson, starring Richard Harris and the greatest of Welsh actresses, Rachel Roberts.

Storey says of his own experience on the rugby field: ‘I calculated I was running the risk of being killed.’ This is the mentality of the Harris character, whose ‘passivity alternated with bouts of aggression’, a formidable mix, sensitive one minute, violent the next, where proofs of courage, such as running into flying fists and boots, approach suicidal foolhardiness. 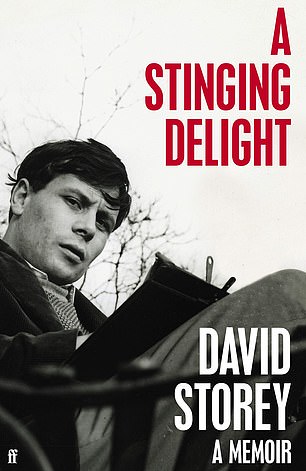 Storey’s career took off. He was part of that Kitchen Sink School, along with John Osborne, John Braine and Alan Sillitoe. There were West End and Broadway runs for his plays, Royal Court and National Theatre interest, offers to go to Hollywood: ‘A million dollars guaranteed. Three million a year if it all works out.’

The best section in the book is Storey’s account of working with the elderly Sir Ralph Richardson, who drank pints of sherry and frequented saunas for the ‘pretty girls’.

But soon enough Storey is back to complaining about ‘nausea followed by blackness’, and telling us the root cause of his clinical depression was the day in childhood when his mother attacked him with a pair of soiled underpants, ‘rubbing excrement across my forehead, around my eyes, over my cheeks and ears, across my hair, she forced it finally into my mouth’ — a literally sickening description of formative trauma.

Also unhelpful was the way his father, a coalface foreman, insisted on young Storey picking and winning fights with local boys as a show of strength. If Storey failed to be victorious, his father gave him a thrashing with a leather belt.

Parkinson’s and dementia were eventually diagnosed, as we are told in an afterword by his daughter. Yet, as research is increasingly being carried out today on the neurological effects of repetitive sports injuries, especially in rugby, I do wonder if all that skull-cracking contributed to significant nervous disease and chronic mental illness. I’m only postulating.

The end of A Stinging Delight is very moving. Storey has been in a locked ward at the Royal Free Hospital, and is on his deathbed. ‘Birdsong and his children’s voices were the last thing he heard.’ Tranquillity at long last.

Author explores how change happens and why it often fails

Derry Girls fans: we’ve got some exclusive news for you