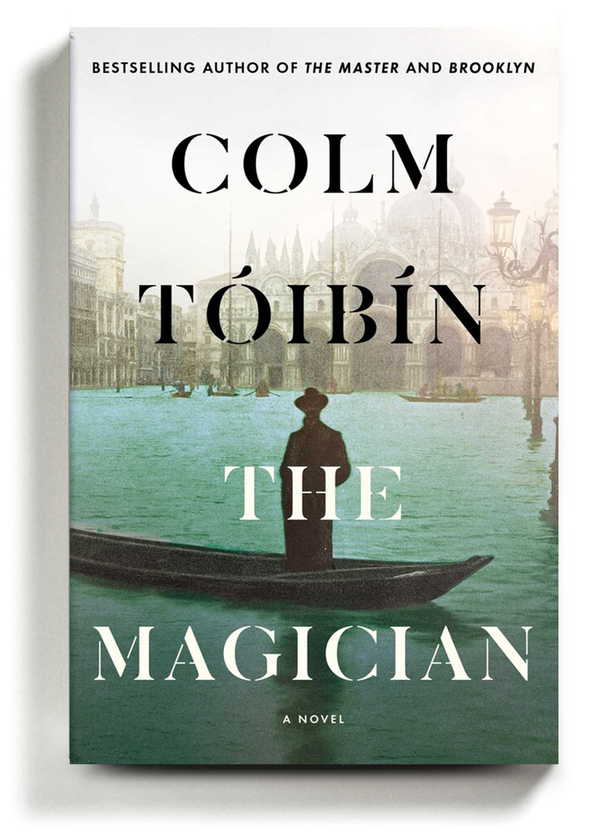 Thomas Mann’s long and permanent exile from Germany began in 1933, after Hitler came to power, when the author of “Death in Venice” and “The Magic Mountain” fled to Switzerland along with Katia, his Jewish wife. When World War II erupted six years later, the Manns escaped to the United States, first to Princeton and then to Los Angeles.

The Mann family — they had six children — managed to rescue some things (furniture, paintings, books) from their abandoned house in Munich. Among the items left behind were Mann’s diaries, locked in a safe in his study. The Nobel Prize winner was terrified the Nazis would find them.

In those diaries, Mann frankly discussed his sexual interest in men, an interest that remained coded in his fiction. In “The Magician,” a subtle and substantial new novel about Mann’s life, Colm Toibin writes that, were Goebbels to get his hands on the diaries, he would Oscar Wilde the eminent author, transforming “the reputation of Thomas Mann from great German writer to a name that was a byword for scandal.”

Goebbels didn’t find them. A funny thing about those diaries, though. When they were finally published in the 1970s and ’80s, more than two decades after Mann’s death, they prompted a reappraisal of his life and work. The diaries humanized a writer who, off the page and sometimes on it, could seem stuffy and pompous, driven by protocol and vanity.

Toibin’s symphonic and moving novel humanizes him further. This is Toibin’s second novel to dramatize the life of a major novelist. “The Master” (2004) was about Henry James in the last years of the 19th century. It’s a hazardous genre.

Most who attempt it focus on a small sliver of a writer’s life, the way Jay Parini did with Tolstoy’s final year in “The Last Station” (1990), or Michael Cunningham did in his pointillistic “The Hours” (1998), about Virginia Woolf and two other women over the course of a single day.

In “The Magician,” Toibin seeks to grasp the entirety of Mann’s life and times, the way a biographer might, and he does so quite neatly. Maximalist in scope but intimate in feeling, “The Magician” never feels dutiful. Like its subject, it’s somber, yet it’s also prickly and strange, sometimes all at once.

Mann was born in 1875 to a well-to-do family in Lubeck. His father was a senator and grain merchant, and when he died his family lost its power and influence and much of its money. His mother moved the Manns to Munich. Thomas, known as Tommy when young, was expected to go into business. His more confident brother, Heinrich, was thought to be the writer in the family.

Mann published his first novel, “Buddenbrooks,” when he was 26. He married Katia Pringsheim, the formidable daughter of a formidable family in Munich. Katia may be the most memorable character in “The Magician.”

Toibin is a writer of pinging dialogue, a novelistic Tom Stoppard, and he gives Katia many of the best lines. About a self-important archduchess, she comments: “I would like to see her in the water. Water has a way of splashing on the mighty in a way that does them no favors.”

Heinrich replies, “That is how empires end, a mad old bat being treated obsequiously in a provincial hotel.”

Mann had a monk-like devotion to work. He could be a remote father. A book about his relationships with his children might be titled “Mann’s Inhumanity to Manns.” At other moments he could be generous and attentive.

His family knew about his sexual inclinations. “Written into their set of tacit agreements was a clause stating that just as Thomas would do nothing to put their domestic happiness in jeopardy,” Toibin writes, “Katia would recognize the nature of his desires without any complaint, note with tolerance and good humor the figures on whom his eyes most readily rested, and make clear her willingness, when appropriate, to appreciate him in all of his different guises.”

Toibin, who is himself gay, has always extended historical sympathy to sexual outsiders. As he’s written elsewhere, “There are no 19th-century ballads about being gay.” The pained sublimation of homosexuality in Mann’s work, especially in “The Magic Mountain,” set in a tuberculosis sanitarium, could make it resemble an illness.

Toibin’s fiction is animated by the ever-alert attention he pays to sexual subcurrents. In this novel, Albert Einstein makes a pass of sorts at Katia — “E equals old goat,” Mann says — and Alma Mahler makes one at Mann. I was reminded of Edward St. Aubyn’s comment, “That was the wonderful thing about historical novels, one met so many famous people. It was like reading a very old copy of Hello! magazine.”

“The Magician” is a big novel that waxes and wanes. Toibin traces Mann’s subtly changing politics — he was late to denounce Hitler, many thought — and the ups and downs of his reputation.

His children were a handful, especially Klaus and Erika — she married W.H. Auden in a marriage of convenience — who became famous, freewheeling and sexually ambiguous figures in Weimar Germany. Homosexuality ran in the Mann family; so did suicide, gerontophilia and, it has been suggested, incest. In his diaries, Mann confessed his sexual attraction to Klaus.

The great theme of Toibin’s novel, as in much of Mann’s fiction, is decline — of manners and morals, of families, of countries and institutions. Thomas and Katia were increasingly remnants from an older world, a fact of which they were poignantly aware.

It disgusts Katia that “the Nazi leaders listen to the same music as we do, look at the same paintings, read the same poetry. But it makes them feel that they represent some higher civilization. And that means no one is safe from them, least of all the Jews.”

Mann was concerned all his life with the soul of Germany, and the ingenuity of its artists. He was a special admirer of Goethe, and about that admiration Toibin writes: “Goethe had dreamed of many things, but he had never imagined Buchenwald.”

In ‘The Midnight Library,’ Books Offer Transport to Different Lives