Home » Books » Coffee-Table Books to Give (and Get) This Season

From a splashy, limited-edition Depeche Mode retrospective to a serene collection of quiet Japanese crafts; contemporary Black art to nature photography that will remind anyone who needed reminding just how much we stand to lose: There’s a visual book here for everyone.

The oil portraits collected in LYNETTE YIADOM-BOAKYE: Fly in League With the Night (D.A.P./Tate, $55) depict people the contemporary British artist has imagined into being, and allude to the long tradition of European portraiture by men like Rembrandt, Goya and Degas — only to overturn these examples, making the message, and the medium, her own. 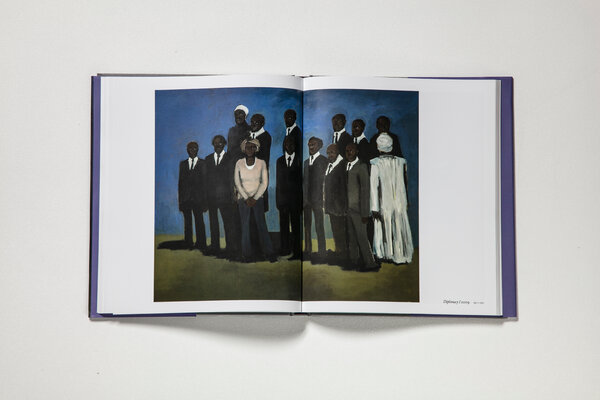 For book collectors, bibliophiles and design nostalgics, Peter Mendelsund and David J. Alworth’s THE LOOK OF THE BOOK: Jackets, Covers, and Art at the Edges of Literature (Ten Speed, $50) tells an alternate history of the Western canon, in the physical editions they think have shaped it most.

THE OXFORD ILLUSTRATED HISTORY OF THE BOOK (Oxford University, $39.95) takes a more scholarly approach to bibliography: James Raven edits essays by academics from around the world to illuminate the evolution of global book making, from the ancient world to today.

Much has been made of the Bloomsbury Group’s impact on the ethos of 20th-century Anglophone culture, but Wendy Hitchmough’s THE BLOOMSBURY LOOK (Yale University, $40) is the first book to thoroughly unpack the group’s visual aesthetic, from painted portraits of John Maynard Keynes to photographs Leonard Woolf took of his wife, Virginia, to fashion designs and handwritten correspondences.

The World We Live In

Whether or not you follow him on social media — do — Humans of New York’s Brandon Stanton deserves a place on your coffee table: With HUMANS (St. Martin’s, $35), the photographer expands his local scope to capture the stories of remarkable everyday individuals from all around the world.

In REFUGE: America’s Wildest Places (Earth Aware Editions, $50), the environmental photographer and filmmaker Ian Shive captures nearly half of the world’s National Refuge Wildlife System, making a powerful visual case for preserving what we can of the natural world — both species and landscapes — around us.

Shive is far from alone. HUMAN NATURE: Planet Earth in Our Time (Chronicle Books, $45) features the work of 12 photographers shedding light on the greatest threats to our planet right now, from the decimation of our forests and oceans to industrialization and poverty and species extinction.

Anton Corbijn, the Dutch music photographer and the creative director for DEPECHE MODE (Taschen, $900), releases an astounding limited-edition trove of the photographs he’s taken of the English electronic band since 1981.

In 200 pages of comic book stills that will bring the reader immediately back to 1998, PEARL JAM: Art of Do the Evolution (IDW Publishing, $39.99) revisits the making of the rock band’s seminal animated music video, as related by one of its producers, Joe Pearson.

Nineties fashion, celebrity intrigue and punk rock nostalgia intertwine in KIM GORDON: No Icon (Rizzoli, $45), a scrapbook-style memoir of a life and career spent in the furthest depths of the New York underground.

To celebrate her 80th birthday last year, Tina Turner compiled a visual memoir tracing her lonely childhood and her rebirths as a musician and a Buddhist. “I vowed that someday I’d sing my music, my way,” she writes in TINA TURNER: That’s My Life (Rizzoli, $65). “It took me a little time to get there, but it was my destiny.”

In SHAPING THE WORLD: Sculpture From Prehistory to Now (Thames & Hudson, $60), the artist Antony Gormley and the art critic Martin Gayford conduct a magnificent, comprehensive survey of the medium, ranging from the Lion Man in 35,000 B.C. to the Chinese Terracotta Army to the work of Kara Walker.

It’s hard to put your finger on why it’s so soothing to page through HANDMADE IN JAPAN: The Pursuit of Perfection in Traditional Crafts (Gestalten, $60). The Tokyo-based photographer Irwin Wong captures intimate moments of creation that satisfy the reader’s cravings for travel, escape and tactile design.