Home » Books » Can a Coma Be Contagious? 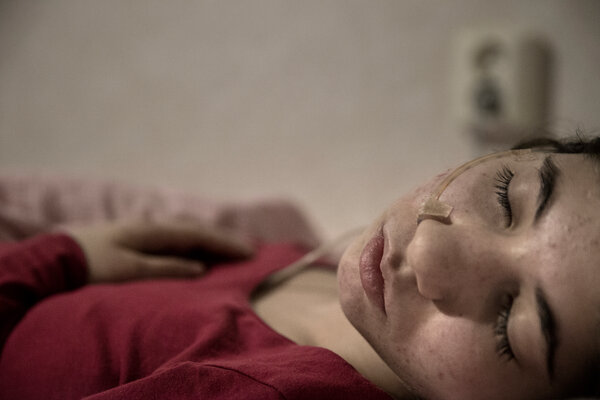 In the summer of 1811, a rural Pennsylvania woman named Mary Reynolds fell into a deep sleep from which her family was unable to rouse her. When she finally awoke, after nearly 20 hours, she had no memory of who or where she was, or of a single word of English. According to a doctor who wrote up her case, “She was as a being for the first time ushered into the world” — a tabula rasa. Her disposition was also profoundly changed: Once reserved and melancholy, she was now cheerful and outgoing. Then, after five weeks, she fell into another prolonged sleep, awakening this time as her former self, with no memory of the intervening period. According to her family, Reynolds continued to alternate between these two selves — the first literate and morose, the second childlike and ebullient — for the next 15 years. Hers was the first well-documented case of multiple personality disorder.

Fifty years later, physicians were still circulating Reynolds’s case history, in part because her condition was so exotic. Syndromes like hers remained exceedingly rare until 1973, when Flora Rheta Schreiber, an editor at Science Digest, published “Sybil.” This was the the sensational account of a woman afflicted with 16 different personalities — allegedly the product of childhood abuse — and of her eventual cure, after 11 years and 2,354 psychiatric sessions, in the form of a brand-new, 17th personality integrating all the rest. “Sybil” sold six million copies and inspired a hit television movie starring Sally Field.

It also spawned a diagnosis: Multiple personality disorder entered the DSM, psychiatry’s diagnostic handbook, in 1980 (its name was later changed to “dissociative identity disorder”), and the number of affected patients soared. Thanks to “Sybil,” mental health professionals were called on to treat “multiples” whose double-digit personalities made Jekyll-and-Hyde-style “splits” seem quaint. (You wonder how shrinks figured out whom to bill.)

The philosopher Ian Hacking memorably describes the emergence of multiple personality disorder as a classic instance of science “making up people” — creating, through its power to label, a class of humans that hadn’t really existed before. In “The Sleeping Beauties: And Other Stories of Mystery Illness,” Suzanne O’Sullivan, an Irish neurologist, is also concerned with how science makes up people. She, too, cites multiple personality disorder as a condition whose birth can be pinpointed in time but also in order to emphasize its social origins.

Your Guide to Fall Reading

Whether you want biographies, novels or essay collections, we can help you find your next book to read. Here are 57 titles to get you started.

Where to Find Native American Culture and a Good Read

Kate Baer Is Speaking Truth. From Her Minivan.