Home » Books » Britain at the Turn of the 20th Century Was Dealing With a Lot, Badly 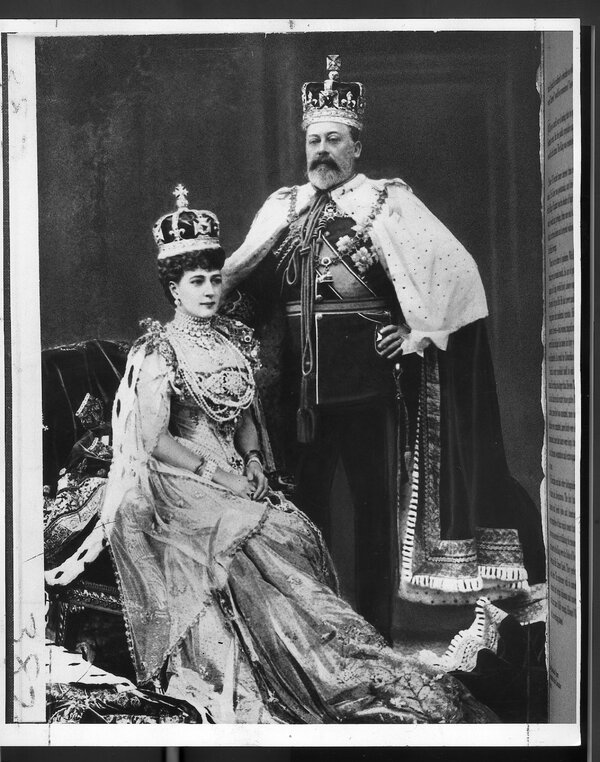 “What fools we were,” King George V told his prime minister, Ramsay MacDonald, in 1930, looking back to the era before World War I. In the context of the wartime catastrophe his generation had delivered, the king may have had a point. That was the time of Rudyard Kipling’s “long recessional” and A. E. Housman’s “land of lost content.” Arthur Balfour, prime minister from 1902 to 1905, lamented “some process of social degeneration” that “may conveniently be distinguished by the name of ‘decadence.’” Joseph Chamberlain, the most charismatic politician of the late-Victorian age, put it more pithily. “The Weary Titan,” he said in 1902, “staggers under the too vast orb of its fate.”

For many Americans today, perhaps fearing late-stage decadence and their own Weary Titan, this story may strike close to home. For in Simon Heffer’s telling, the history of Britain from 1880 to 1914 is one in which “a nation so recently not just great, but the greatest power the world had ever known, sustained in its greatness by a rule of law and parliamentary democracy, had begun its decay.”

“The Age of Decadence” is a successor volume to the same author’s well-regarded “High Minds: The Victorians and the Birth of Modern Britain” (2013), which charted Britain’s rise to “greatness” in the earlier part of the 19th century. Heffer picks up here with Gladstone taking over the premiership from his great rival, Disraeli, in 1880, then guides us through the high-Victorian era into the 20th century with the accession of King Edward VII in 1901. He ends in 1914 with Britain facing an unhappy choice between a European war with Germany and a civil war in Ireland. He wisely does not include the origins of the world war substantively in this volume (his book on this topic has just been published in Britain). In such a way he avoids the teleological danger of making everything in Britain about the war as the country hurtles toward some kind of inevitable abyss. In fact, until the last moment, even after the assassination of Archduke Franz Ferdinand, Ireland seemed the more important priority for Britain.

There are many pleasures to be had in this fine book, not the least of which is the vivacity of Heffer’s prose. A columnist for The Sunday Telegraph as well as a historian, he writes elegantly but punchily, combining seriousness with welcome flashes of waspishness that stop things from getting stuffy. Pointing, for example, to the socially entitled Virginia Woolf’s sneering at a fellow novelist, the shopkeeper’s son Arnold Bennett, Heffer notes that her put-downs “had him written off for much of the 20th century by generations of university lecturers and critics, who confused snobbery with literary criticism.” That, as they say, is a twofer.

Heffer has little interest in debates among historians on the period, but unlike many general surveys of this kind, he does not rely just on secondary literature and makes excellent use of wide-ranging archival research. That approach gives the book a fresh perspective, although not necessarily a new one. What is striking about “The Age of Decadence” is that it brings us full circle to the view the late Victorians and Edwardians so often had of themselves and it echoes George Dangerfield’s seminal 1935 book “The Strange Death of Liberal England,” which evocatively depicted how “by the end of 1913 Liberal England was reduced to ashes.” In Heffer’s telling it is perhaps less ashes to ashes than an overripe piece of fruit rotting and putrefying in front of our eyes.

”The Age of Decadence” is a masterpiece of pacing. After an amiable perambulation with the last of the Victorians, we build to a frantic cliff-top scramble as the Edwardians lose their grip on events and themselves. The book culminates in three powerful chapters on the suffragists, industrial unrest and the threat of civil war in Ireland. By the final pages, Heffer has skillfully conjured a country in chaos and heading over the edge. The prime minister, Herbert Henry Asquith, had “rarely felt more hopeless” and by July 1914 believed the United Kingdom had reached “an impasse, with unspeakable consequences.” The Lord Mayor of Liverpool told the Earl of Derby he feared “a revolution is in progress.” In the circumstances, a war with Germany looked to many like the easy option.

Heffer has no hesitation in pointing the finger of blame at the complacent, “swaggering” late-Victorian and Edwardian elites who ran the show in these four decades. From 1880 “until the apocalypse came in 1914,” he writes reprovingly, “there was among the upper and upper-middle classes a resting on laurels; a decision, literal and metaphorical, to live off dividends rather than work that little bit harder and improve more.” The end result: “Britain was diminished” and “British power was in decline.”

Heffer warns us against “the pornography of nostalgia,” but still, there are other ways to see the Edwardians. Perhaps this period was not one of Thomas Hardy’s times “when all went well,” but the Edwardians certainly meet Arnold Bennett’s criterion of being “identified with the great cause of cheering us all up.” Everything was brighter, faster, more fashionable. With the growth of cinemas, gramophones, telephones and the first 100-miles-per-hour trains for trips to the seaside, Edwardians for the most part had more fun than those stern Victorians. Thanks to advances in medicine and nutrition, people in Britain lived longer (unless they found themselves in the wartime trenches). And everyday life also improved. If this was an era of revolt, it was also one of radical reform, with a long reach into all areas of society from cradle to grave. The daily existence of the working classes on whose backs much of the wealth of the previous century had been built was enhanced immeasurably by a battery of social, industrial and educational legislation. Liberal reform culminated in the comprehensive 1911 National Insurance Act — one of the most important pieces of legislation of the 20th century and one that remains a foundation of the British welfare state and National Health Service.

Regarding decline as a world power, everything is relative. Twentieth-century Britain overcame rival empires, fought and won two cataclysmic wars and twice reconstructed the world order in its own image. The British retreated from empire once its corrupting decadence became manifest. Historians of other empires might ask whether the Edwardians were any more degenerate than the French of the Third Republic, or imperial Germans, Russians, Ottomans, Iranians and Chinese. Certainly Britain was eclipsed by the United States but arguably there was not much the Edwardians could have done about the rise of a vast, resource-rich continental power that unlike its other rivals was reasonably well governed. Today Britain remains one of the half-dozen richest countries in the world with a cultural and political impact that far exceeds its size. Much of its good fortune is rooted in the legacy of those Edwardians who, as H. G. Wells put it, saw “The Shape of Things to Come.”

So perhaps in the end the dutiful King George V only had it half right. For while they were often foolish, the Edwardians were no fools.

‘Hotbox’ Is the ‘Kitchen Confidential’ of the Big-Ticket Catering World

The Victorians: Jacob Rees-Mogg’s look at 12 titans who made the era