Most writers hang onto their first drafts for sentimental reasons, for record-keeping purposes or perhaps seeing them as destined for an archive somewhere sometime in the future. But there are occasional tales of disaster. You may remember the story of Tim Winton coming close when he left the half-finished manuscript for Cloudstreet – no backup in those days – on an Italian bus before it was retrieved by a fellow passenger. 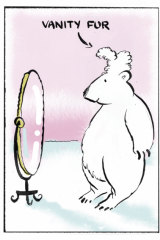 Spare a thought for Miles Franklin-winning novelist Steven Carroll. He has not lost the novel he is working on, but has lost the first drafts – handwritten in green notebooks that he bought in France – of seven of his novels. They include the first of the ‘‘Glenroy’’ sequence, The Art of the Engine Driver, his Miles-winning The Time We Have Taken, and one of his T.S. tetralogy, A Lost Life. There are about 10 of the notebooks; they bear the name Carroll on their covers and are tied with an elastic band.

Carroll was switching workrooms, moving stuff that he had collected for more than 20 years into a new office. He recalls checking one box, realising it contained some edited second drafts and decided to bin it. Now, he wonders whether the notebooks might not have been under those many sheets of paper. But really he has no idea how disaster struck. ‘‘I feel a wave of sadness when I think about it. Somehow I lost the most valuable bits of paper I had. On the bright side, just imagine if I’d lost them before they were printed.’’

He points out that things that have been lost can sometimes turn up in the funniest places, and that there are more important things happening, but nevertheless describes his loss as ‘‘a real drag’’.

Any doubts about the future of the Prime Minister’s Literary Awards under the re-elected Morrison government can be dispelled after a peek at the Communications Department’s incoming government brief to the newly appointed Minister of Communications, Paul Fletcher.

The document reveals annual funding of $700,000 until the end of financial year 2022/3. Prizes to the writers comprise $600,000 of the total, with the rest presumably going to a variety of other expenses including paying the judging panels. The brief reveals that more than 500 books have been entered in the six categories – fiction, poetry, non-fiction, Australian history, children’s literature and young-adult literature – for this year’s awards. The winners, who receive $80,000 tax-free, are usually announced later in the year, but the judges decide the shortlists and those winners this month.

Gerald Murnane doesn’t pop up at public events anymore, having pulled the pin on that aspect of a writer’s obligations earlier this year when he turned 80. 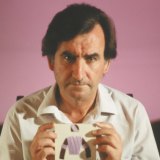 But there is a chance to see and hear him in a rare screening at this year’s Melbourne International Film Festival (miff.com.au) of Words and Silk: The Imaginary and Real Worlds of Gerald Murnane, a film made 30 years ago by Philip Tyndall that won best documentary awards at the San Francisco and Houston film festivals, and had a six-week season at Sydney’s Museum of Contemporary Art in 2009. Unfortunately, Murnane won’t be at the screening on August 11.

The film took Tyndall about three years to make, the first of which involved reading all Murnane’s work and coming up with an appropriate form for the film. Tyndall is reluctant to call the film a documentary – he prefers narrative non-fiction. ‘‘All along I said to Gerald, 'I want to represent you and your work as accurately and honestly as possible'. Over the three years I would send the script drafts to him and we would speak on the phone and meet at my home. I always gave him the option if he didn’t like something I would take it out. It was a film that was made on a basis of trust.’’

Before the film was shown publicly, there was a screening for Murnane, his wife and a few other people, and Tyndall says Murnane approved virtually everything, although Tyndall did rework the title. ‘‘It’s a very Murnane-like title,’’ Tyndall says. ‘‘It simply captures the two major themes of the film – writing and Gerald’s love of horse racing.’’

Boris on the shelf 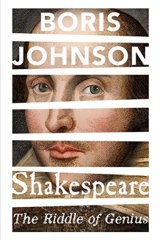 Shakespeare is a big subject and writing a biography of the Bard takes a considerable amount of time. Which makes it difficult if you’re campaigning to become the next Prime Minister of the United Kingdom – even more so if you do become PM. So Boris Johnson’s (not him again, Ed) Shakespeare: The Riddle of Genius is likely to be delayed, again. It was supposed to be published nearly three years ago to coincide with the quatercentenary of Shakespeare’s death, but it was then postponed until 2020. According to Britain’s Daily Mirror, Johnson told a campaign meeting that there was no doubt that ‘‘being a full-time politician means I won’t be able, for instance, to rapidly complete a book on Shakespeare that I have in preparation. It means that unjustly neglected author will no longer get the treatment he deserves as fast as it might otherwise happen. That will grieve me because … I love writing about him.’’

The British trade magazine, The Bookseller, reports that his publisher, Hodder & Stoughton, would not comment on any further delay.

What George Orwell’s Roses Tell Us About His Politics