The personal touch
The relationship between a writer and agent is such a personal thing that when an agent leaves an agency, it’s often the case that authors will follow the agent rather than stay with the business. 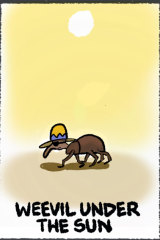 Witness the establishment of Left Bank Literary by Grace Heifetz, who was previously part of Curtis Brown, and Gaby Naher, who ran her own, eponymous agency and whose clients include Candice Fox and Heather Rose. Writers apparently following Heifitz include Bri Lee, Chris Hammer, Mark Brandi and Nakkiah Lui.

But not even Fiona Inglis, managing director of Curtis Brown, was surprised that clients followed Heifetz to Left Bank. No disruption? ‘‘Not really. The thing is we work on the basis of clients’ and agents’ special relationships. You never come between a client and an agent.’’ She pointed out that one of the fundamental principles of the literary world is that the contract remains with the agency. That way when authors follow their agent, they don’t take with them the books that are already published; their new deal will be for new and forthcoming books.

Heifitz had been at Curtis Brown in Sydney for 16 years and ‘‘learned so much from them’’. And, she said, ‘‘it was a big decision. But when the opportunity to work with Gaby and form a partnership rose I couldn’t pass it up.’’

She said the majority of her clients had gone with her to the new agency, which opened its doors last month. One of those authors explained: ‘‘I personally place greater importance on the relationship with Grace. My relationship is with her more than Curtis Brown. My book took a while to get published and she stuck with me, giving editorial feedback and really backed it. I feel a great deal of loyalty. My dealings with Curtis Brown were always great, but the nature of agenting is with an individual. When you’re sharing something very close to your heart, you place a lot of faith in your agent. And my attitude to it is if my agent is happy then it’s the right professional move for her.’’ 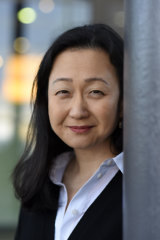 Min Jin Lee made the most of her time in Australia.Credit:Alamy

It’s an unusual thing for an international writer to be researching, but when Min Jin Lee was here this month for the Byron Bay and Bendigo writers festivals she was also delving into the TAFE system. It seems that the Korean American author’s next novel – there’s a memoir coming before that, however – will feature some episodes in Australia. It’s part of her on-going project about the Korean diaspora – her first two novels were Freed Food For Millionaires and the acclaimed Pachinko – and her research while she was in Australia also involved venturing out to Strathfield when she was in Sydney and to Chadstone last weekend in Melbourne.

Jack Reacher for the Booker
Speculation is rife that megaselling crime writer Lee Child, the man behind the Jack Reacher phenomenon, has been tapped to be one of the judges for next year’s Booker Prize. A story in Britain’s Sunday Times newspaper suggested he had been asked to join the panel.

According to Andy Martin, who wrote the brilliant book about Child’s writing, Reacher Said Nothing, told the paper that Child had indeed been asked and would like to take the gig provided he could do it from his home(s) in the US. And Martin told the British publishing industry publication The Bookseller that Child would be ideal because ‘‘he reads so many books already (300 a year roughly). Although he is a commercial writer, there is an intellectual professorial side to him. As he says, he is ‘100 per cent commerce, 100 per cent art’.’’ Last year when he was interviewed for this paper by crime writer Adrian Mckinty among the subjetcs they discussed was contemporary British literary fiction and Child said he thought it had got so introverted and dull. He could make a perfect judge then.

Burning up Not the Booker
This year there are no Australians on the Booker longlist – the shortlist will be announced on September 3 – but there is the consolation that Robbie Arnott’s fabulous first novel, Flames, which was longlisted for this year’s Miles Franklin award, has been chosen in Britain for the six-book shortlist of The Guardian’s Not the Booker prize. The other books on the list are: Skin, Liam Brown; The Unauthorised Biography of Ezra Maas, Daniel James; Please Read This Leaflet Carefully, Karen Havelin; Spring, Ali Smith; and Supper Club, Lara Williams.

Meanwhile and closer to home, the shortlist for the Small Press Network’s most underrated book of the year consists of: Brontide, Sue McPherson; Antidote to a Curse, James Cristina; and Songwoman, Ilka Tampke. The winner will be announced on November 21.

From Poland, with love
There was a surprising pairing at a book event in Melbourne the other night that had its origins in serendipity. Who would have expected Heather Morris (The Tattooist of Auschwitz) to be on stage with Russian-American novelist Paullina Simons (Tully, The Bronze Horseman and many more).

It all began when Morris was doing a promotional tour for her book in Poland and having dinner with her translator. They were discussing their favourite authors – as you do – and Morris mentioned the pleasure she got from Simons’ books. It transpired that her translator was not only a friend of Simons’ but was also translating her latest work, A Beggars Kingdom. Push came to shove and Simons wrote to Morris suggesting the two writers meet when she was in Australia. Morris went one better and proposed a joint event, which they duly appeared at last week.