Beverly Cleary, who enthralled tens of millions of young readers with the adventures and mishaps of Henry Huggins and his dog Ribsy, the bratty Ramona Quimby and her older sister Beezus, and other residents of Klickitat Street, died on Thursday in Carmel, Calif. She was 104.

The death was announced by HarperCollins, her publisher.

With “Henry Huggins,” published in 1950, Ms. Cleary, a librarian by trade, introduced a contemporary note into children’s literature. In a humorous, lively style, she made compelling drama out of the everyday problems, small injustices and perplexing mysteries — adults chief among them — that define middle-class American childhood.

Always sympathetic, never condescending, she presented her readers with characters they knew and understood, the 20th-century equivalents of Huck Finn or Louisa May Alcott’s little women, and every bit as popular: Her books sold more than 85 million copies, according to HarperCollins. To this gallery of human characters she added an animal counterpart: the motorcycle-riding Ralph S. Mouse, resident of the Mountain View Inn in the Sierra Nevada.

“Cleary is funny in a very sophisticated way,” Roger Sutton, editor of The Horn Book, told The New York Times in April 2011. “She gets very close to satire, which I think is why adults like her, but she’s still deeply respectful of her characters — nobody gets a laugh at the expense of another. I think kids appreciate that they’re on a level playing field with adults.”

Beverly Atlee Bunn was born on April 12, 1916, in McMinnville, Ore. She spent her early childhood on the family farm in nearby Yamhill. Her father lost the farm when she was 6 and moved the family to Portland, where he had found work as a bank security guard. 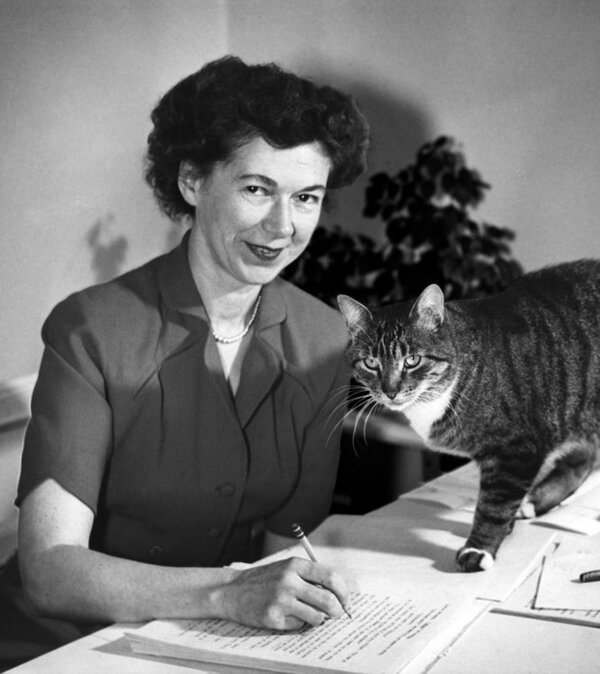 Ms. Cleary described her childhood in the first volume of her memoirs, “A Girl From Yamhill,” published in 1988.

The children’s books she read at school disappointed, she recalled in an article for The Horn Book in 1982. The protagonists tended to be aristocratic English children who had nannies and pony carts, or poor children whose problems disappeared when a long-lost rich relative turned up in the last chapter.

“I wanted to read funny stories about the sort of children I knew,” she wrote, “and I decided that someday when I grew up I would write them.”

After two years at Chaffey Junior College in Ontario, Calif., she enrolled at the University of California, Berkeley. She graduated in 1938. A year later, she earned a degree from the University of Washington’s school of librarianship and went to work as a children’s librarian in Yakima, Wash.

After marrying Clarence Cleary, a graduate student she had met at Berkeley, she moved to San Francisco and, while her husband served in the military, sold children’s books at the Sather Gate Book Shop in Berkeley and worked as a librarian at Camp John T. Knight in Oakland. This period of her life, ending with the publication of her first book, was the subject of a second volume of memoirs, “My Own Two Feet” (1995).

At her library job in Yakima, Ms. Cleary had become dissatisfied with the books being offered to her young patrons. She had been particularly touched by the plight of a group of boys who asked her, “Where are the books about us?”

She had asked herself the same question when she was a schoolgirl. “Why didn’t authors write books about everyday problems that children could solve by themselves?” she wondered, as she recalled in her acceptance speech on receiving the Laura Ingalls Wilder Medal from the American Library Association in 1975. “Why weren’t there more stories about children playing? Why couldn’t I find more books that would make me laugh? These were the books I wanted to read, and the books I was eventually to write.”

She began telling her own stories, along with fairy tales and folk tales, at schools and libraries. These became the basis for her first book, “Henry Huggins,” about a third grader who adopts a stray dog he names Ribsy because he is so skinny his ribs show. “Henry Huggins was in the third grade,” it began. “His hair looked like a scrubbing brush and most of his grown-up front teeth were in.”

“When I began ‘Henry Huggins’ I did not know how to write a book, so I mentally told the stories that I remembered and wrote them down as I told them,” Ms. Cleary said in a 1977 interview. “This is why my first book is a collection of stories about a group of characters rather than a novel.”

Ramona Quimby, introduced in a small role as the annoying younger sister of Henry’s friend Beatrice, better known as Beezus, emerged as a superstar. After taking a supporting role as an attention-demanding, exasperating 4-year-old in “Beezus and Ramona” (1955), she came into her full glory, at the ripe age of 5, in “Ramona the Pest” (1968) and went on to become Ms. Cleary’s most beloved creation.

Her credo: “A littler person sometimes had to be a little bit noisier and a little bit more stubborn in order to be noticed at all.”

Ramona attracted plenty of notice among readers. She continued to torment her sister and raise a ruckus, while aging very slowly, in “Ramona the Brave,” “Ramona and Her Father,” “Ramona and Her Mother,” “Ramona Quimby, Age 8” and “Ramona Forever.” In a 2016 interview with The Washington Post, Ms. Cleary said, “I thought like Ramona, but I was a very well-behaved little girl.”

In 1999, after a 15-year absence, the character reappeared in “Ramona’s World” as a 9-year-old saddled with a baby sister and quite keen on a boy in the neighborhood.

By the time “Beezus and Ramona” was published, Ms. Cleary had twins, Malcolm and Marianne, to provide her with fresh material. They survive her, along with three grandchildren and one great-grandchild. Her husband died in 2004.

Ms. Cleary tended to find both comedy and drama in the smaller incidents of life, but she did not shy away from weighty themes. In “Ramona and Her Father,” Ramona mounts a campaign to have her father quit smoking, a habit he abuses after losing his job. In “Dear Mr. Henshaw,” the lonely Leigh Botts, a sixth grader distraught by his parents’ divorce, begins writing to his favorite children’s-book author for advice and eventually finds solace in keeping a diary. That book won the Newbery Medal in 1984. A sequel, “Strider,” followed in 1991.

In 1965, Ms. Cleary introduced Ralph S. Mouse — the S. stands for “smart” — in “The Mouse and the Motorcycle,” primarily as a way to hook her son on reading. Prey to many of the worries of his human counterparts, the plucky Ralph copes with mouse problems as well as human relationships while tearing around on a mouse-scale motorcycle in the novels “Runaway Ralph” and “Ralph S. Mouse.”

Ms. Cleary also wrote a series of young-adult novels dealing with the problems of adolescent girls, including “Fifteen,” “The Luckiest Girl” and “Sister of the Bride.”

Her constant guide as a writer, Ms. Cleary once wrote in The Horn Book, was the girl she once was: “a rather odd, serious little girl, prone to colds, who sat in a child’s rocking chair with her feet over the hot air outlet of the furnace, reading for hours, seeking laughter in the pages of books while her mother warned her she would ruin her eyes.”

She continued, “That little girl, who has remained with me, prevents me from writing down to children, from poking fun at my characters, and from writing an adult reminiscence about childhood instead of a book to be enjoyed by children.”