You CAN judge a book by its cover… and if you’re as savvy as this antiquarian dealer, you can tell exactly what it’s worth, says BEL MOONEY

Should you be one of those incapable of passing a second-hand bookshop without entering, and then, once inside, breathe in that unique perfume of musty old paper, tobacco, leather, tea and biscuit as if it were fine wine . . . then you will love Rick Gekoski’s lively stories of adventures in the book trade.

After all, there is always a (vanishing) chance you might come across a first edition of your favourite author among the higgledy-piggledy shelves of old volumes.

Not that Gekoski in interested in what’s merely ‘second-hand’. Far from it; he deals in rarities worth thousands and (you feel) can recognise the difference between a first edition signed by James Joyce in a good mood and one signed when he’d just had a quarrel with Nora. Only kidding, of course, but the man knows his stuff.

And so he should, after 50-plus years in his elite trade, where a millionaire will splurge on J.K. Rowling’s unique The Tales Of Beedle The Bard and very rare books are the gold guarded by dragons in myth. 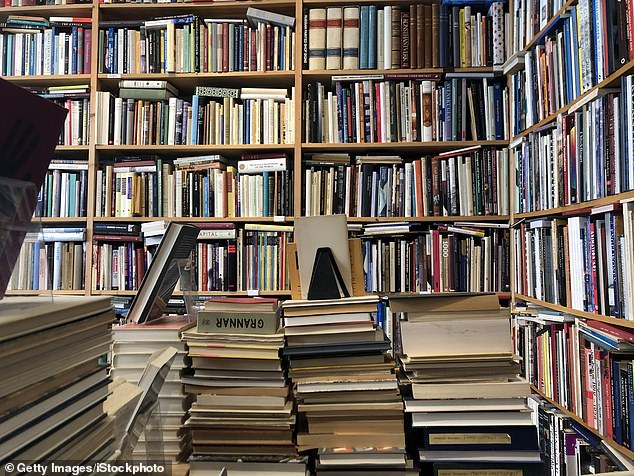 It all started back in the 1970s in a car park in Birmingham where a (possibly dodgy) man sold Gekoski some D.H. Lawrence first editions for four tenners.

At the time, he was researching Lawrence and teaching English at Warwick University, and both activities bored him. But he soon found making quick profits on books more enthralling. After spending £41 on that first bundle, he sold the same books for £333, and became hooked.

His recipe for success in his trade is succinct: ‘There are only two things a rare book dealer must know: at what price is a book buyable and at what higher price one might sell it.’

For example, in the second-hand department of a big bookshop he came across a copy of Sons And Lovers that bore the signature of its previous owner, the once-popular, overblown horror writer Dennis Wheatley. Incredibly, he forked out £350 for it, only to sell it for £1,950. That takes both knowledge and nerve.

This wonderfully gossipy, sharply written memoir is an antidote to any illusion that the world of books is rarefied and ‘gentlemanly’. On the contrary, it’s full of wheeler-dealers, thuggish business practices, naked greed, double-dealing and vainglorious delusion.

Graham Greene was convinced an apartment full of Victorian crime fiction would net riches, but the books could hardly be given away.

The powerful chairman of Faber & Faber, the late Matthew Evans (full disclosure, a friend of mine) was ruthless in deciding that letters written by Philip Larkin to a distinguished former chairman, Charles Monteith, at his private address actually belonged to the company and not to the individual who had them. 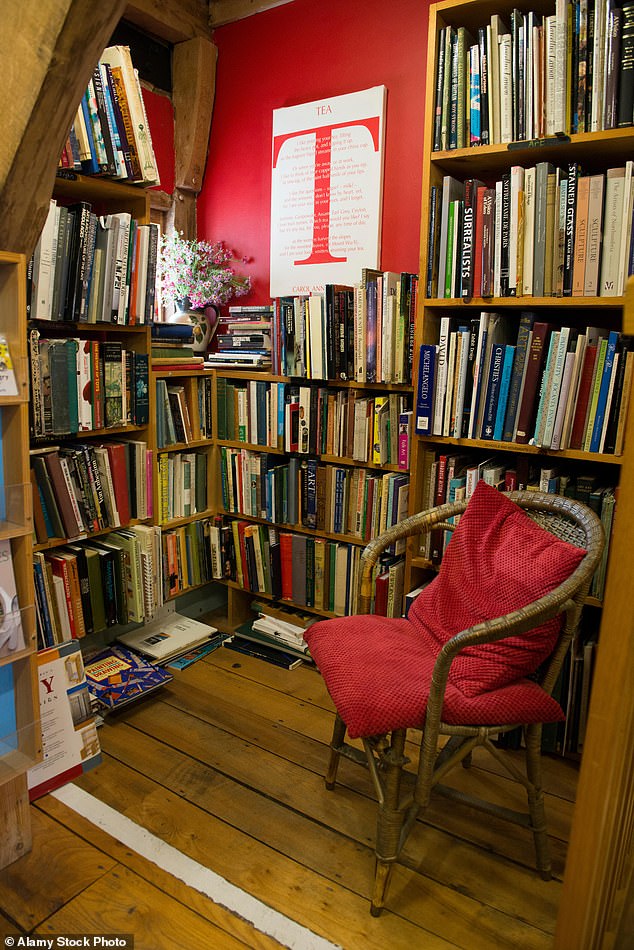 It all started back in the 1970s in a car park in Birmingham where a (possibly dodgy) man sold Gekoski some D.H. Lawrence first editions for four tenners. Stock image

Gekoski had bought the documents from Monteith who signed a document proving his ownership.

Gekoski sold them in 1992, but five years later they came back into his hands. There followed a rather disturbing saga of litigation, rising costs and increasing unpleasantness which would make great fiction in the hands of someone like Robert Harris.

‘Within a month,’ Gekoski says, ‘I had spent as much in lawyer’s fees as the cost of the letters Faber wanted returned.’

Suffice it to say that Gekoski lost the argument and my old chum Evans (later a Labour peer) proved himself to be the smart thug nobody who knew him would ever deny.

You have to have a tough mind to survive in Gekoski’s world, but he reveals a more vulnerable side when it comes to the chapter on John Fowles. The author of The French Lieutenant’s Woman lived reclusively in Lyme Regis and Gekoski was invited to see a manuscript and some volumes Fowles wished to sell.

Some years later he was shocked to find himself described, in the second volume of Fowles’s Journals, as ‘too Jewish for English tastes’, among other sneery examples of anti-Semitism. As Gekoski remarks, ‘What is surprising is that he should have chosen to publish them.’

Other examples of Fowles’s repugnant prejudice are given in this chapter, recorded with cool scorn and disgust, but the level of deep, justifiable hurt felt by Gekoski is unmistakable.

What happened when Gekoski bought a book that had belonged to Sylvia Plath and was accused by Ted Hughes of (as good as) handling stolen goods?

How did he cope when he bought a massive pile of seemingly useless books and ‘filthy old box files’, only to discover among them drafts of the Balfour Declaration which led to the founding of the State of Israel?

Those who had sold the unwanted material now coveted a slice of the proceeds. Then came the ‘legal debates, involving acrimonious claims and counter-claims’.

Gekoski’s swashbuckling stories reveal a trade that is certainly not for cissies. That’s precisely what makes this book as engrossing as it is entertaining.

Electrons, Photons, Gluons, Quarks: A Nobel-Winning Physicist Explains It All

Anthony Horowitz on the childhood trauma that drives his compulsive writing

From invisible to invaluable: How middle-aged women can reclaim their power