Home » Books » Beauty who prefers her tractor to a husband

Beauty who prefers her tractor to a husband: Shepherd recounts life on her beloved 1,000-year-old farm in a fascinating new memoir

If you loved the children’s story Heidi and identified with its orphaned child-heroine —who went to live on a Swiss mountain with her grandfather and thawed his icy heart with her charm — then you’ll be fascinated to compare her story with this new memoir from Iceland.

Its author, Heida Asgeirsdottir (who wrote the book with novelist Steinunn Sigurðardóttir), really was named after Heidi, and it turned out to be apt: Heida also inherited the family sheep farm in a vast, wild, beautiful, hilly area.

Things have changed, though, since 1881 when Heidi was published.

We first meet Heida, 41, in the cab of her wi‑fi’d-up tractor, where she’s doing a 12-hour shift, singing along to pop music between sending emails and chatting on the phone, while her beloved German Shepherd, Fifill, sleeps at her feet. 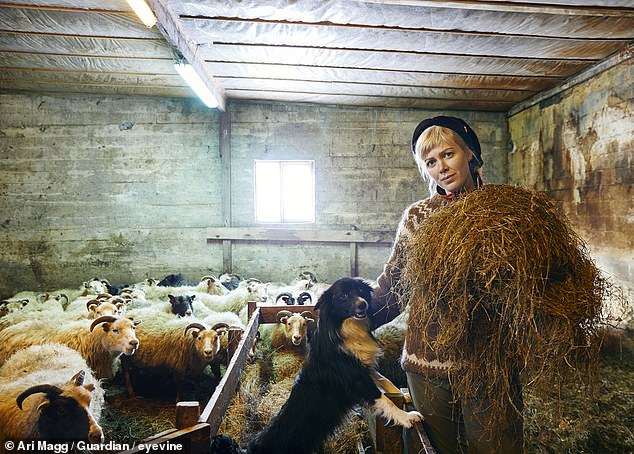 Heida Asgeirsdottir (pictured) from Iceland, shares her life working on a 1,000 year-old-farm in a fascinating new memoir

Heida is stunningly beautiful, but so down-to-earth, throwing on the same old jeans and jumper every day, that it comes as a surprise that she came second in a modelling competition in New York, and ‘a few big agents got in contact’. But, ‘I thought it silly to earn my living simply by being pretty’, she writes.

Friends and family have tried to persuade her to marry, but she treasures her solitude: ‘I feel sorry for people living with others.’

Alongside that brittle refusal to be romantic, you sense Heida’s deep romanticism about the landscape that surrounds her beloved 1,000-year-old farm.

She works night and day to keep it going: her tasks include restoring the sheephouse, hoof-trimming, lambing and hay-making.

One of her favourite moments of the year is being reunited with her 500 sheep after their long summers on the high pastures. She rounds them up on her quad-bike and looks forward to the annual ‘round-up dance’, when all the farmers get together to celebrate.

She’s perpetually dazzled by the beauty of the rivers, hills, waterfalls and volcanic mountains in the background. ‘I don’t own the land,’ she writes. ‘The land owns me. It can be a struggle protecting it from the vultures.’

By ‘vultures’ she means human ones: hanging over her is the threat of a new power plant nearby. Vast acres of ancient woodland would be destroyed in the process of creating a reservoir and dam — it would be even worse than a volcanic eruption. 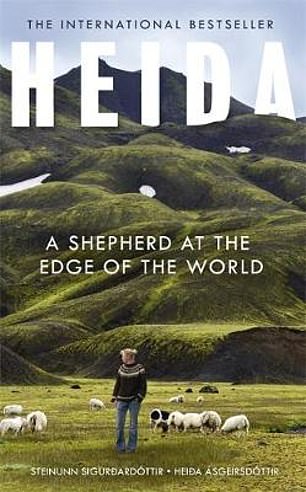 When the volcano Grimsvotn erupted in 2011, she had to wear a mask and goggles for weeks. ‘The land can recover from volcanic ash,’ she writes, ‘but the effects of power plants don’t pass: they’re irreversible.’

Wondrously, partly thanks to her resistance, the plans are on hold. But she’s still anxious.

Though she has none of the gentle sweetness of Heidi, Heida comes across as a highly impressive person. She’s physically strong, too: among her many accomplishments is sheep-shearing (she can do 70 in a day), and she even goes in for international competitions. She aims to beat the world record for shearing a sheep, 37.9 seconds, currently held by Ivan Scott from Donegal.

Iceland is lucky to have this formidable guardian angel protecting its traditions and landscape.