Home » Books » After Losing His Parents, an Author Wonders: Who and What Is Real?

As subtitles go, the one Laurence Scott chose for his new book, “Picnic Comma Lightning,” is certainly on the ambitious side: “The Experience of Reality in the Twenty-First Century.” Scott’s hard-to-categorize, essayistic investigation of reality and technology is literary, cultural and deeply personal. The literary side is reflected in his title, which is taken from Humbert Humbert’s terse description of the cause of his parents’ death in “Lolita”: “(picnic, lightning).” The personal involves the deaths of Scott’s own parents: his mother in 2010, when he was 30, and his father in 2012. Scott is interested in the ways social media and other technologies change our understanding of what is public and private. It’s a capacious book, moving freely from Walter Benjamin to the TV soap “Dynasty”; from the “metaphysics” of Marie Kondo to Heidegger’s consideration of the question “What is a thing?” Below, Scott talks about Brexit, influencers, how our feelings have become big business and more.

When did you first get the idea to write this book?

In 2015, I’d just written “The Four-Dimensional Human.” In that book, I was trying to explore the new pleasures, anxieties and etiquette of inhabiting the fourth dimension: the internet and social media. I wanted to broaden that and look at how technologies blur the boundary between our private and public lives in new ways.

As I write in the book, my parents died in “impolite succession.” What I noticed when I thought about digital life was that death really calls into question what a real person is. The dead often feel very present and real to us. I wanted to see if the experience of personal bereavement could help illuminate larger cultural shifts in our sense of reality and the reality of other people.

I didn’t want to write a book that gives a plan for living happily in the digital age. I have almost no suggestions for that. I just wanted to communicate how this new world feels to me, and hopefully readers would recognize some of those feelings in themselves: I find this weird; do you find this weird?

What’s the most surprising thing you learned while writing it?

I’ve unexpectedly coined the term Big Emotion in this book. I thought it must have been used somewhere else, but as far as I can tell, it’s just me. I use it to describe the multibillion-dollar industry that uses the power of big data and machine learning to study the emotions of consumers. If businesses know how we’re feeling at any moment, they can know better how to sell us things. Stores are already using facial-recognition cameras that can tell when our eyes are dilated with interest, maybe when we’re about to buy a product. 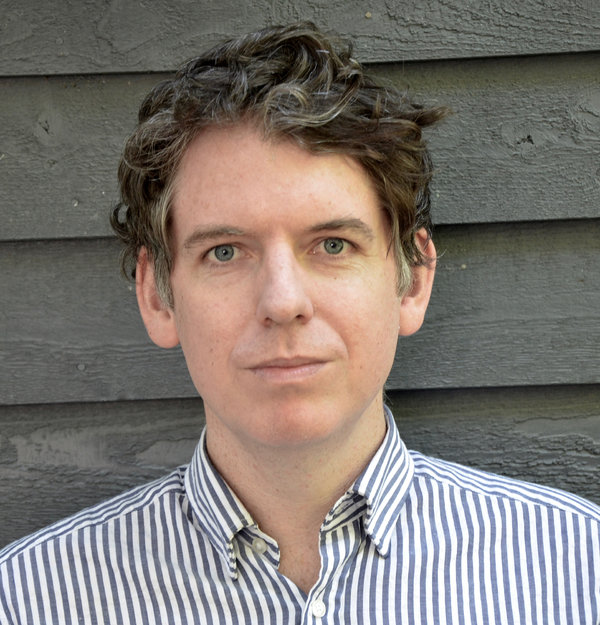 I was surprised to learn, while researching that chapter, that there’s a whole industry of people called “sentiment analysts” or “opinion miners.” They’re paid to find the real meaning of our social media posts. They might write a program, for instance, to detect when a tweet is sarcastic or not. Sarcasm is a huge problem for them.

So, knowing our feelings is really big business. The irony I wanted to explore is that while we’re always being asked about how we feel — every service we use online is punctuated by a survey; “What was your experience on a scale of 1 to 6?” — expressing our feelings online is regularly getting us in trouble. A good example of this was in London, when someone excitedly posted on social media: “It’s snowing!” And various people said, “This is going to be awful for homeless people tonight.” Our private thoughts are often tactless when said to a large audience.

It got different quite quickly. I had just sat down to write, and the times suddenly became hyper-unreal. Publishers accepted the proposal in June 2016, at exactly the same time Brexit was unfolding and a few months before the Trump administration, and both events have had a huge impact on our sense of reality. I was writing just as “fake news” and “post-truth” were becoming buzzwords. In Brexit, the debate, on both sides, was about fantasy. Both Leave and Remain voters were accusing their opponents of living in a land of make-believe at every stage, dismissing the opposite view as a kind of hallucination.

The figure of the influencer also rose to prominence during this time. Influencers are amazing symbols of unreality, because their authentic feelings are often indistinguishable from those dictated by whatever corporate partnerships they have. When I proposed the book, I didn’t even mention influencers. So I had to bring in these subjects as I went, which I think gave the writing of the book a kind of urgency.

Who is a creative person (not a writer) who has influenced you and your work?

There’s a BBC series, some of it available on YouTube, called “What Do Artists Do All Day?” Each episode features a day in the working life of various artists: Tracey Emin, the British visual artist; an etcher called Norman Ackroyd. There’s something about the rhythm of these half-hour programs that I would return to. It was this concentrated effort of focus, like there was no other life but the concern of what was on the etching plate or the canvas. There was a certain artistic intensity — something about the artist in a purified, distilled form — that helped me.

The novelist John Banville once said something like, “Isn’t it terrible to be a full-grown man and still crying about your mommy?” I love that. My mother was a creative person and amateur visual artist, and even more than that, her sensibility shaped me. When I was growing up, she made me more afraid of being a boring child than a naughty child. That was an aesthetic and moral education for me, and useful for a writer: Don’t be boring or repetitive, and always say something worth thinking about. To this day, she keeps my paragraphs in check.

Persuade someone to read “Picnic Comma Lightning” in 50 words or less.

Ours is a weird age of both endless data and limitless skepticism. Social media profits from turning private lives into public monuments. Our gadgets can now decide when we’ve watched too much television. But when these unreal times meet the unquestionable fact of death, what becomes of those we’ve lost?

Newly Published, From Musical Masterpieces to the End of Trump’s Presidency