Home » Books » A Novel of Sex, Faith and Lots of Yogurt

If there was ever a novel to defy a one-sentence description, Melissa Broder’s new novel would be it. An exploration of hunger centered on a young woman with an eating disorder who finds salvation in the arms of an Orthodox Jewish frozen yogurt scooper, “Milk Fed” is an even stranger animal than this description might suggest. Estranged from her family, from her body and from the spiritual world, the so-named Rachel obsessively plans and counts her highly restricted caloric intake down to the last muffin top, then forces herself to burn off 3,500 of said calories per week at the gym.

In between these triumphs of self-denial, Rachel somnambulistically reports to work at a Hollywood talent management agency, where her fatuous, frat-brother-like boss addresses his clients as “my duuudes” and makes “constant references to his ‘privilege,’ also our privilege to be working there. … Talent management was not my dream, and this hurt him.”

With its deadpan tone and self-loathing female narrator attempting to escape her self, the novel may call to mind Ottessa Moshfegh’s “My Year of Rest and Relaxation.” But where Moshfegh’s protagonist lives to sleep, Broder’s antiheroine lives to eat. Sweet, rich and fattening foods, from duck sauce to doughnuts, are Rachel’s forbidden fruit.

The turning point comes when Rachel’s therapist encourages her to cut off contact with her fat-shaming mother and use modeling clay to “identify, in a visual, tactile way, the discrepancy between how you perceive yourself and how you actually appear to others.” The likeness Rachel sculpts is full-figured; she feels tricked and storms out, albeit absconding with the clay figure, which she comes to regard as her personal golem.

Enter Miriam, the lusciously and un-self-consciously fat woman behind the counter at Yo!Gurt, where Rachel comes for her daily 16-ounce portion, no toppings. (“I didn’t trust myself to taste the fudge and let go,” Broder writes.) It is Miriam who begins to liberate our repressed narrator, unwittingly bringing Rachel’s golem to life. Defying Rachel’s initial wishes, Miriam literally overfills Rachel’s cup.

Soon, when Rachel visits Yo!Gurt, sprinkles appear. (“It was gorgeous, seamless, as though the yogurt were a rainbow itself. … I wanted to kiss it, to make out with it, to touch it with my tongue and lips and explore what those tiny textures felt like.”) But the pièce de résistance is a sundae-style concoction that sends Rachel, her hand tingling as she takes the cup from Miriam, into a fit of ecstasy. “The taste was orchestral. … The whipped cream and strawberries were their own heaven: a strawberry shortcake of pleasure.”

It isn’t long before our heroine abandons her diet and falls hopelessly in love with Miriam — and eating. 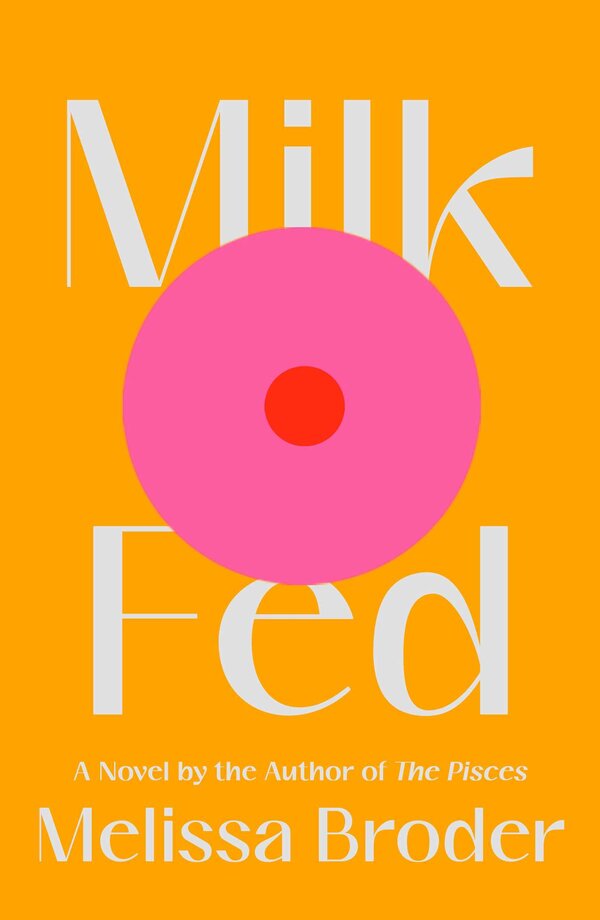 Broder, who is also the author of the novel “The Pisces,” several poetry collections and a book of essays, presents Rachel’s hungers for sex and food as inextricably bound, if not interchangeable. On Rachel and Miriam’s first date at a Chinese restaurant, where Rachel finds her mouth filled with salty brine, Broder writes, “I moaned out loud.” What is less clear is whether, in waxing rhapsodically about food, Broder intends to draw us into Rachel’s edible/erotic fantasies or to repel us. A typical late-night 7-Eleven trip has Rachel gorging on nachos, Swedish fish, Hostess cupcakes, four tubs of rice pudding and a box of Golden Grahams. By novel’s end, this reviewer at least, perhaps revealing my own “food issues,” found herself ever so slightly nauseated.

I also found the book’s elaborate, food and incest-centric sexual fantasies, many built around a vaguely Oedipal image of an all-encompassing mother figure, less arousing than cringe inducing, including the one Rachel has about a 50-something female colleague at work. (“Then she let her tits dangle over my face. I suckled on each one thinking: Feed me, Mommy! So that I may live!”)

In a lengthy later reverie, during which Rachel, seated on a stationary bike, brings herself to orgasm while imagining the jutting bike seat abutting her crotch as a male appendage, I appreciated Broder’s ability to capture the fluid, gender-bending and often autoerotic nature of female sexual fantasy. But, again, I found myself wondering about Broder’s intentions, whether her primary motive was to shock — and convinced, not for the first time, that in contemporary America money (how much we have, how much we make) is a topic of conversation far more taboo than the nature of our sexual kinks.

“Milk Fed” also contains scatological scenes reminiscent of an early aughts gross-out film by Judd Apatow, including one in the ladies’ room at a work event, where Rachel, hidden in a stall eating a protein bar, finds herself adjacent to a woman making unpleasant noises and smells consistent with defecation.

I also could have done without the many dream sequences. As in real life — with further apologies to Freud — other people’s unconscious imagery is rarely interesting or illuminating.

And yet, “Milk Fed” bravely questions the particularly female lionization of thin and loathing of fat, landing on fresh explanations. Remarking on the ultra-skinny women Rachel sees around Los Angeles, Broder writes, “They appeared to be protected — cocooned by an absence of flesh — from judgment, hurt or shame.”

The novel also offers deliciously droll asides on everything from black mold to Rachel’s brief foray into campus activism, during which she recalls promoting “an electro Arabic Dabke concert sponsored by Students for a Free Palestine.”

The Israeli occupation makes another appearance late in the book, when, over Shabbat dinner, Miriam’s Orthodox mother objects to Rachel’s noting of the many Palestinians forcibly expelled from the land Israel claimed for its founding. But ultimately, “Milk Fed” is a celebration of bodily liberation, not a more communal and political version, and the ways we keep ourselves chained to others’ ideas of whom and what we ought to look like and long for.