A word of advice. To fully appreciate “Travel Light, Move Fast,” the fourth volume of Alexandra Fuller’s lacerating portrait of her family, you need to start on Page 213. In an epilogue to the main tale, Fuller informs the reader that during the two years and three months after her father died, she lost everything she assumed she’d love forever: Her sister stopped speaking to her, she left her lover, and her son suffered a brain seizure and ended up in the I.C.U. A week later he died in his sleep. “The sun would never rise again,” she writes. “I wouldn’t know warmth again.”

Fuller’s first book, “Don’t Let’s Go to the Dogs Tonight,” a New York Times Notable Book in 2002, was a hymn to human resilience. It was the first introduction to the Fullers of southern Africa — the free-spirited father, the depressive alcoholic mother, the three dead children and the two daughters who grew up in the middle of a civil war. Amid the chaos, Tim Fuller was always a shadowy presence. In “Travel Light, Move Fast,” the author draws him to center stage — and shows how essential his love and lightheartedness were to their survival. 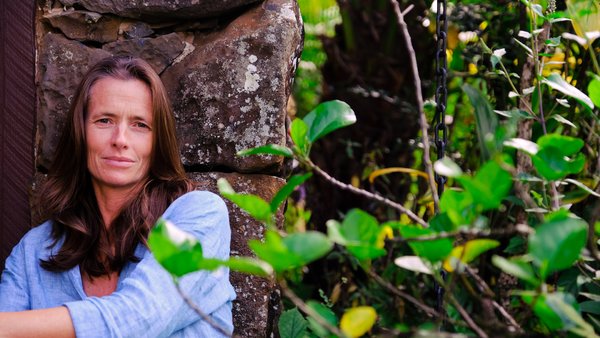 He’d grown up in gray, postwar Britain under the eye of five disapproving aunts. As soon as he could he ran away: “I knew I couldn’t stay in England,” he said. “It was already too small and crowded without me cluttering up the place.” He went to Quebec and then the West Indies before applying for a job on a wattle plantation in Kenya. There he met Fuller’s mother, then just 19. Within seven months they were married and set off on “our large, loose, scrappy lives,” in which he declared himself to be “Tim Fuller of No Fixed Abode.”

Their family growing, the Fullers moved to Rhodesia (now Zimbabwe), Malawi and then Zambia, where they ended up farming bananas in the Zambezi Valley. Tim Fuller rose at dawn and spent all day outside. If he went hunting and wounded a zebra, he’d track it through the mopane woodland until he could give it a clean shot. When the sun went down, he’d light up a cigarette and pour himself the first of what would inevitably turn out to be several drinks. “Occasionally he drank to impressive excess,” Fuller writes, “because he said a proper hangover did wonders for the soul; it was one’s spiritual duty. ‘It leaves a person filled with remorse and self-recrimination,’ Dad argued. ‘It’s the quickest path to contrition.’”

Tim Fuller was a man who knew himself, yet never took himself too seriously. He loved his wife, his dog, his children. Fuller says she always thought he would die like a tree, “casting cool shade on all of us on hot days, offering us fuel for warmth with his breaking branches on cold nights,” and in a way he did. After he died, she opened a drawer next to his bed. In it she found the telegrams that had been read out at his wedding, the birth certificates of his five children and the death certificates of three of them. At the bottom was a post office savings book from when he was 18 and about to leave Britain forever. The last page was very sensibly headlined: “Instructions for disposal of your income in the event of your death.” Under this, he had written: “Have a party.”

In the grief-filled days that lay ahead, his family would remember his memorial service and, amid the tears, would laugh out loud. As Fuller shows in this beautifully written and deeply loving portrait, laughing and crying are such a huge part of life.

Fiammetta Rocco is the culture correspondent of The Economist.

How Ethel Rosenberg Offered Her Own Life as a Sacrifice