The presidency of Donald Trump offends Peter Wehner on many levels, but most of all as someone who takes ideas — and words — seriously. A former speechwriter for George W. Bush who also served in the administrations of Bush’s father and Ronald Reagan, Wehner is horrified at the way the president uses words “to murder the very idea of truth.” Trump, Wehner writes in “The Death of Politics,” his lament for the state of our civic discourse, “embodies a Nietzschean morality rather than a Christian one.”

Up until the point he feigned religiosity to secure the votes of evangelical Christians, Trump would likely have agreed with this brutal character assessment. Which brings us to the other plane on which the current presidency represents an affront to Wehner: traditional morality. One of evangelical Christianity’s most thoughtful political communicators, Wehner is appalled at the way in which his coreligionists have so enthusiastically backed Trump, voting for a thrice-married, loutish beauty pageant producer in higher numbers than they did for Bush, a born-again Christian “who spoke easily and openly about his relationship with Christ.” The rise of Trump, and the slavish devotion he inspires among leading evangelicals, has forced Wehner to consider seriously something he had always deemed a secular slander: that “both politics and the Christian witness are now made worse by people of faith actively involving themselves in politics.”

Wehner attributes this degeneration to the adoption of an all-or-nothing mentality by his fellow evangelicals, for whom eight years of Barack Obama were apparently so catastrophic that a figure like Trump could emerge as the country’s improbable savior. Wehner excoriates this apocalyptic rationalization, naming and shaming a slew of evangelical personalities who have issued “defenses of Trump that range from rhapsodic to ridiculous.” He singles out the former Christian Coalition leader Ralph Reed, who privately joked about murdering Pat Buchanan during the latter’s insurgent 1996 Republican presidential primary campaign against Bob Dole, and yet is today an important ally of a president who essentially ran on Buchanan’s platform of nativism, protectionism and racial resentment. 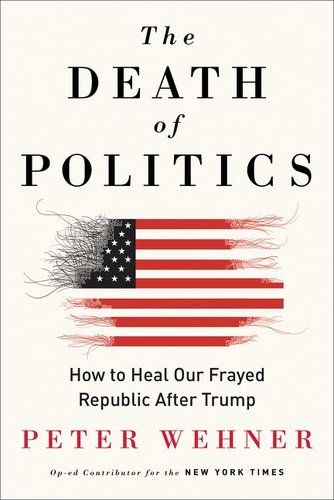 Noticeably absent from his critique is former Education Secretary William Bennett, who launched Wehner’s career when he invited him to join the Reagan administration. The author of, among other pious tomes, “The Book of Virtues,” “The Book of Virtues for Young People,” “The Children’s Treasury of Virtues” and “The Moral Compass,” Bennett ranks as a particularly shameless pro-Trump pundit.

Though his recognition of the evangelical right’s manifold hypocrisies and corruptions is welcome, one wonders what took Wehner so long. A clue can be found in his occasionally earnest tone, visible in the expression of sincere shock that a movement that propelled the likes of Jerry Falwell, Pat Robertson and Jimmy Swaggart would eventually throw in its lot with a pagan who embodies the seven deadly sins.

One of Wehner’s favorite tasks as a senior aide to George W. Bush was inviting distinguished writers, historians and intellectuals to the White House for meetings with the commander in chief. Wehner was inspired in this initiative by a Democratic president, John F. Kennedy, who spoke admiringly of those who strove to “reopen the channels of communication between the world of thought and the seat of power.”

Needless to say, the current occupant of the White House, despite his self-professed “very, very large brain,” has declined to continue Bush’s scholarly tradition. Selecting cabinet secretaries and other high-ranking officials, Trump makes appointments based not upon the essays prospective candidates have published in public policy journals but, befitting a former reality television host, their appearances on “the shows.” And while Bush was, contrary to popular caricature, an avid reader, his Republican successor reportedly prefers information conveyed to him through pictures.

Aside from appeals to our better angels, “The Death of Politics” doesn’t offer much in the way of practical solutions to the societal ills it analyzes. But the value of this book lies less in its proposals than its example. With conservatives increasingly scorning decency as a crutch for the weak, Wehner is a model of conscientious political engagement. For that reason alone, his book should be pressed upon both those on the left who believe that the only way to “resist” the current administration is by sinking to its level, and those on the right tempted to wallow there.

James Kirchick, a visiting fellow at the Brookings Institution, is the author of “The End of Europe: Dictators, Demagogues and the Coming Dark Age.” He is at work on a history of gay Washington, D.C.

THE DEATH OF POLITICS
How to Heal Our Frayed Republic After Trump
By Peter Wehner
264 pp. HarperCollins Publishers. $25.99.

How this clever Japanese method could transform your savings account