Buzzy novels from Katie Kitamura and S.A. Cosby, Shirley Jackson’s letters, and two tales of mysterious death, one from the Victorian era, the other from India in the 1980s. 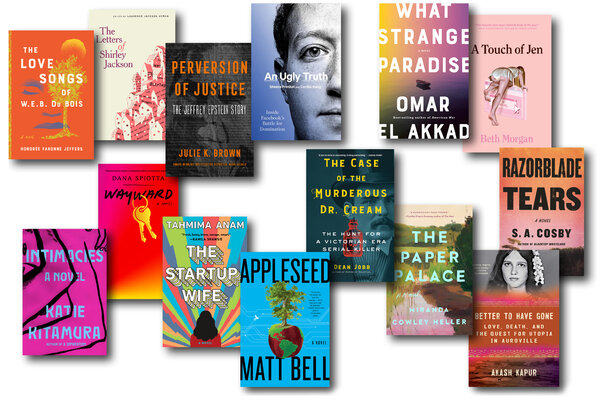 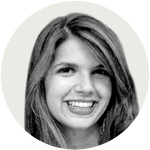 Bell’s novel — equal parts techno-thriller and science fiction — is an ambitious, time-bending take on climate change that leaps from an orchard-planting faun in the 1700s to an ecological vigilante in the near future to a cyborg 1,000 years from now, scouring the glaciers near what was once Las Vegas for signs of life.

‘Better to Have Gone: Love, Death, and the Quest for Utopia in Auroville,’ by Akash Kapur (Scribner, July 20)

Kapur and his wife, Auralice, grew up in Auroville — a small community in southern India built on utopian ideals — but the sudden and mysterious deaths of Auralice’s parents there has long haunted them both. Years later, they discover letters that spur them to dig deeper into the lives of Auralice’s parents; here Kapur combines their investigation with a history of Auroville itself.

‘The Case of the Murderous Dr. Cream: The Hunt for a Victorian Era Serial Killer,’ by Dean Jobb (Algonquin, July 13)

Thomas Neill Cream poisoned as many as 10 people in North America and Britain before his 1892 murder trial. Jobb recounts Cream’s life and evokes the societal attitudes that allowed him to kill: the blind faith placed in doctors, the power imbalances between Cream and the people who sought his care.

In this novel set in The Hague, a woman works as an interpreter at the International Court, where she hears the testimonies of people accused of orchestrating terrible atrocities and their victims. As she juggles her personal and professional connections (her relationship with a married man, her work interpreting for an accused war criminal), she considers her own morality.

This collection, edited by Jackson’s son, brings together one of Jackson’s other great literary loves apart from short stories: the letter. Written in a distinctive lowercase typewriter font on yellow paper, the correspondence offers another view of the wit that permeated Jackson’s fiction. As her son writes of the letters in the introduction, “They are constructed like marvelous miniature magazines, full of news and gossip, recipes, sports updates, jokes, child rearing concerns, tips and recommendations, with tantalizing glimpses of herself, the artist at work.”

In her first novel, Jeffers, longlisted for the 2020 National Book Award in poetry, traces the history of one family from the arrival of its first enslaved ancestors. At its heart is Ailey, growing up in the 1980s, who returns each year to her family’s ancestral home in Georgia. As she gets older, she uncovers secrets about her history that challenge her sense of self and belonging.

From the time she was young, Elle has returned each summer to the same house on Cape Cod. Now in her 50s, married and with a family of her own, she considers upending her steady life after a tryst with an old love. Though this debut novel is anchored on that encounter and the ensuing fallout, the story leaps back in time to visit her early life and almost takes on the feel of a memoir.

Brown’s reporting for The Miami Herald helped uncover the extent of Epstein’s crimes and revealed the secret deal that allowed him to evade federal charges. Here, building on her previously published investigations, she recounts how Epstein was finally brought to justice.

In the 15 years since he was released from prison, Ike Randolph has made an effort to lead a straight life. But when his son Isiah and his son’s husband, Derek, are murdered, he joins forces with Derek’s father to uncover what happened to their children.

Once Asha, who is studying coding at Harvard, re-encounters her high school crush, Cyrus, they kindle a fast-moving romance: Asha quits her program and they join a tech company, Utopia, which prescribes personalized rituals to its users. But as the company takes off, Cyrus is branded as a messiah, eclipsing Asha, and their marriage is put to the test.

Remy and Alicia, a youngish couple working dead-end service jobs, are both enthralled with Jen, a former co-worker of Remy’s. Jen seeps into virtually all corners of their lives — they obsessively track her social media accounts and devise elaborate role-playing scenarios about her during sex — but when they bump into her in an Apple store, life goes haywire. Purloined Scotch, a concussion, an ill-timed parrot: Morgan drops plenty of zany twists into readers’ laps, and the latter part of the novel takes on a speculative dimension.

‘An Ugly Truth: Inside Facebook’s Battle for Domination,’ by Sheera Frenkel and Cecilia Kang (Harper, July 13)

Facebook has been implicated in everything from election interference to the spread of dangerous hate speech, all while tracking user behavior and using data for its own ends. Frenkel and Kang, both The New York Times journalists, draw on hundreds of interviews to show how Facebook’s failings over the past few years were all but inevitable. Their sources, they write, “provide a rare look inside a company whose stated mission is to create a connected world of open expression, but whose corporate culture demands secrecy and unqualified loyalty.”

Spiotta’s characters are often drawn to the promise of self-reinvention: a Vietnam-era fugitive in “Eat the Document,” a down-on-his-luck musician who concocts a fantasy of being a successful rock star in “Stone Arabia.” In this, her fifth novel, she follows Samantha, a middle-aged mother undone by the results of the 2016 election, who flees her family and buys a fixer-upper in Syracuse.

In his debut novel, “American War,” Akkad imagined a civil war and its dystopian fallout. Now he tells the story of Amir, a Syrian boy fleeing home who is the only survivor after a harrowing journey to an unnamed island. There, amid catastrophe and heartbreak, he meets a local teenager who decides to help him.

What Samantha Power Learned on the Job